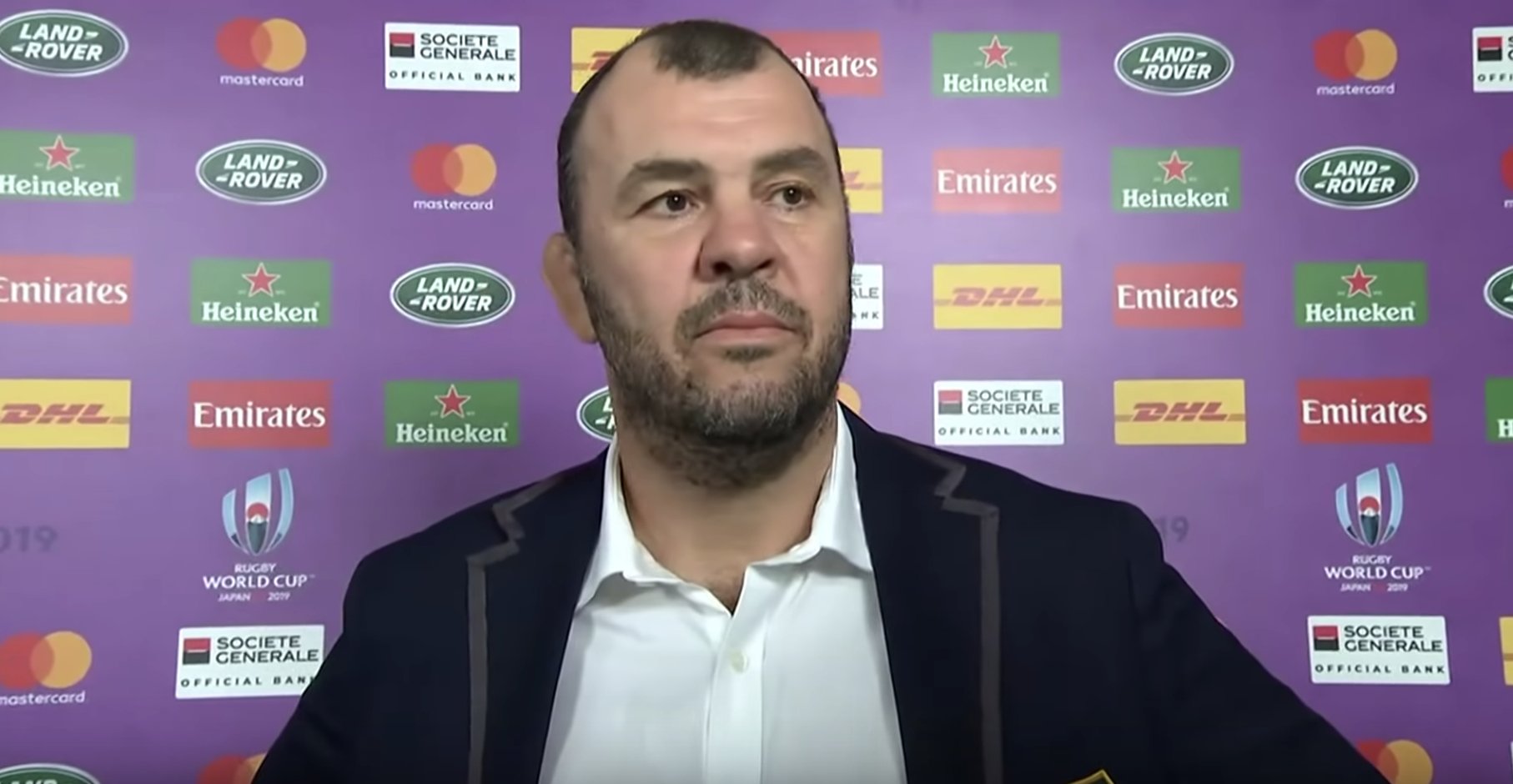 Michael Cheika has pushed on from his reputation as a bit of a hard man who you wouldn’t mess with him. This was an odd admission…

Australia beat Georgia in a game that nobody could call a dominant win for the men in green and gold. Cheika will be pleased to see that there was no injuries in his team, apart from a nasty hit to the head that Kurtley Beale suffered in the first half of the match.

Speaking in the press conference after the match Michael Cheika seemed pretty pleased with how his team had performed.

“It was a good challenge and I thought our forwards stepped right up to it to be honest. It was a good hit out, in fact, for the forwards. I thought they got a good shift in.”

Many different topics were discussed, one of them was on England and Eddie Jones saying that his team had an advantage given the extra week of rest that they had.

This is what Cheika had to say…

“I saw that he was saying that would be an advantage and that the typhoon gods were smiling on him, so I suppose they better win – they’ve had the best preparation according to their coach, so they better go out there and win.”

It was the pre-match interview that really interested us though. It appears here that Cheika doesn’t have much faith in Australia’s kicking game, as when asked if they would use tactical kicking in their game, he responded with this.

Obviously it could just be banter, but bit of an odd thing to say about your own team surely?

Here is what he said.

"…I'm not sure if we've got one of those, We've got to be able to play footy in the wet as well…"

Georgia finished third in their pool at RWC 2015, and will now have to go through qualifying for RWC 2023, as they can finish no higher than fourth in Pool D.

Gorgodze started for the 14th time in a RWC match, a record for a Georgia player, one ahead of David Kacharava, who started in a RWC match for the 13th time.