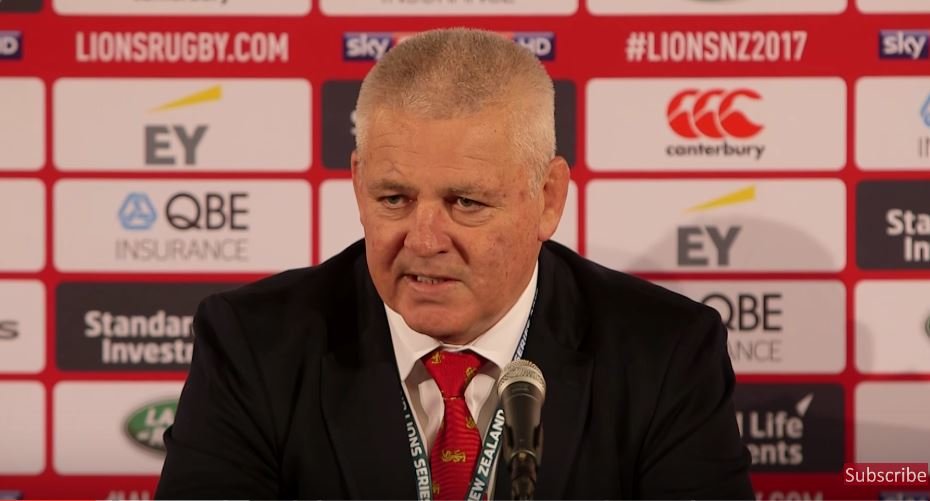 The media spotlight continues to intensify on Lions coach Warren Gatland after he lost the plot yesterday when a journo asked a fairly innocuous question in which he referred to ‘Warrenball.

Gatland came back at the journalist saying: “What do you mean by one kind of way?”

Gatland: “When did that way start? You don’t know the answer to that, do you?

Gatland: “Was that when we were successful at Wasps or was it when I was coaching Waikato and won the Air New Zealand Cup? I don’t know, when did a certain style change? If you can answer the question to that I can potentially answer the question.

“A few years ago, Brian Smith coined the phrase ‘Warrenball’, whether that was because he was jealous of how much success we had I don’t know.

“We had a group of players who came through Wales at the time who ended up being pretty big, physical players.

“And so, the modern game of rugby is about trying to get across the gain line, trying to get front-foot ball and playing to space if that’s possible. If you can give me [a time] when things started to change – I don’t know.”

However, off camera after the press conference Gatland’s can be heard using some fairly robust language with Ken Owen, referring to the line of questioning.

Even old sparring partner Eddie O’Sullivan remarked on Gatland’s surly performance, saying: “So I’m surprised a coach of his experience got sucked into the “Warrenball” debate. It has put pressure straight away on the team to put in a big performance against the Blues [on Wednesday].

“It is just symptomatic I suppose of the pressure he is under.”

“The references to needing more preparation time is almost telling the squad that they are in trouble,” O’Sullivan added.