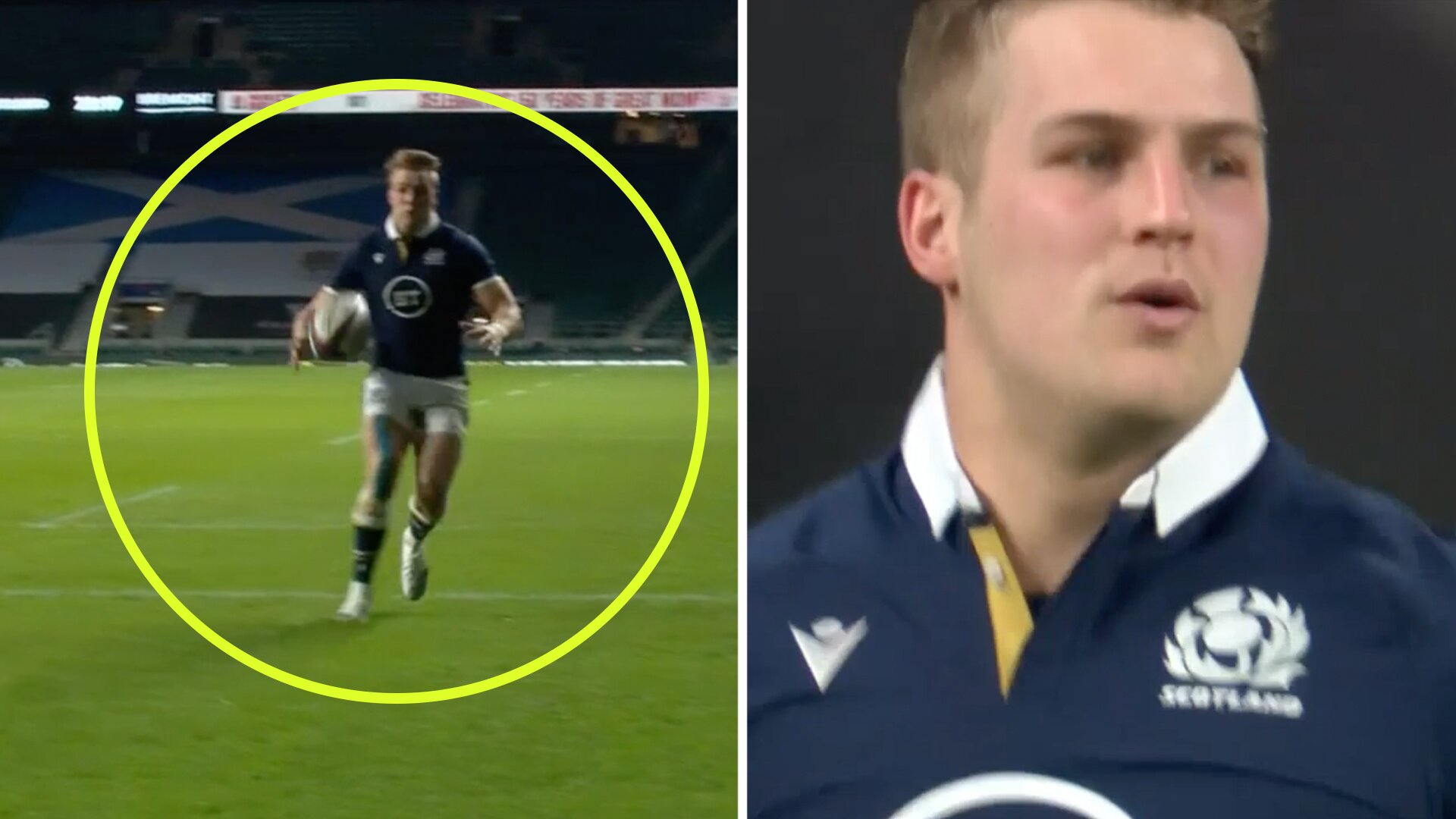 A mind-blowing supercut has just dropped on South African alpha back Duhan van der Merwe, known by many as ‘Big D’ in the rugby world. The highlight reel is going big on social media.

The video highlights just how much of a freak athlete the South African has been since he has stepped up to the highest level for the men in blue in the Six Nations this year.

The video was uploaded by a channel called ‘Die Hard Rugby’, a channel that has made millions of views in recent months creating supercuts on different players!

The plastic Scot struggled against Wales last weekend, but is does not take away from just how good he has been in recent months.

I reckon I’d fancy my chances being hit by a car over being charged at by Duhan Van Der Merwe.#SCOvWAL

The super-athlete almost scored the game-winning try in a solo run in the final play of the game against Wales at Murrayfield last weekend.

A wonderful tap tackle in the final play saved the day for Welsh.

Similar to the Justin Tipuric tackle on Garry Ringrose last week, this from Owen Watkin on Duhan van der Merwe is a huge effort in the 83rd minute and a match winning moment.

Good work from Liam Williams to stick with Stuart Hogg too. pic.twitter.com/SwSuR2veKY

The highlight reel that was made by Die Hard Rugby highlights just how much of a freak athlete that he has been for Edinburgh and Scotland recently.

The South African labelled as ‘Big D’ by many in the rugby world could be a mega superstar for club and country in the future. Have to respect it.