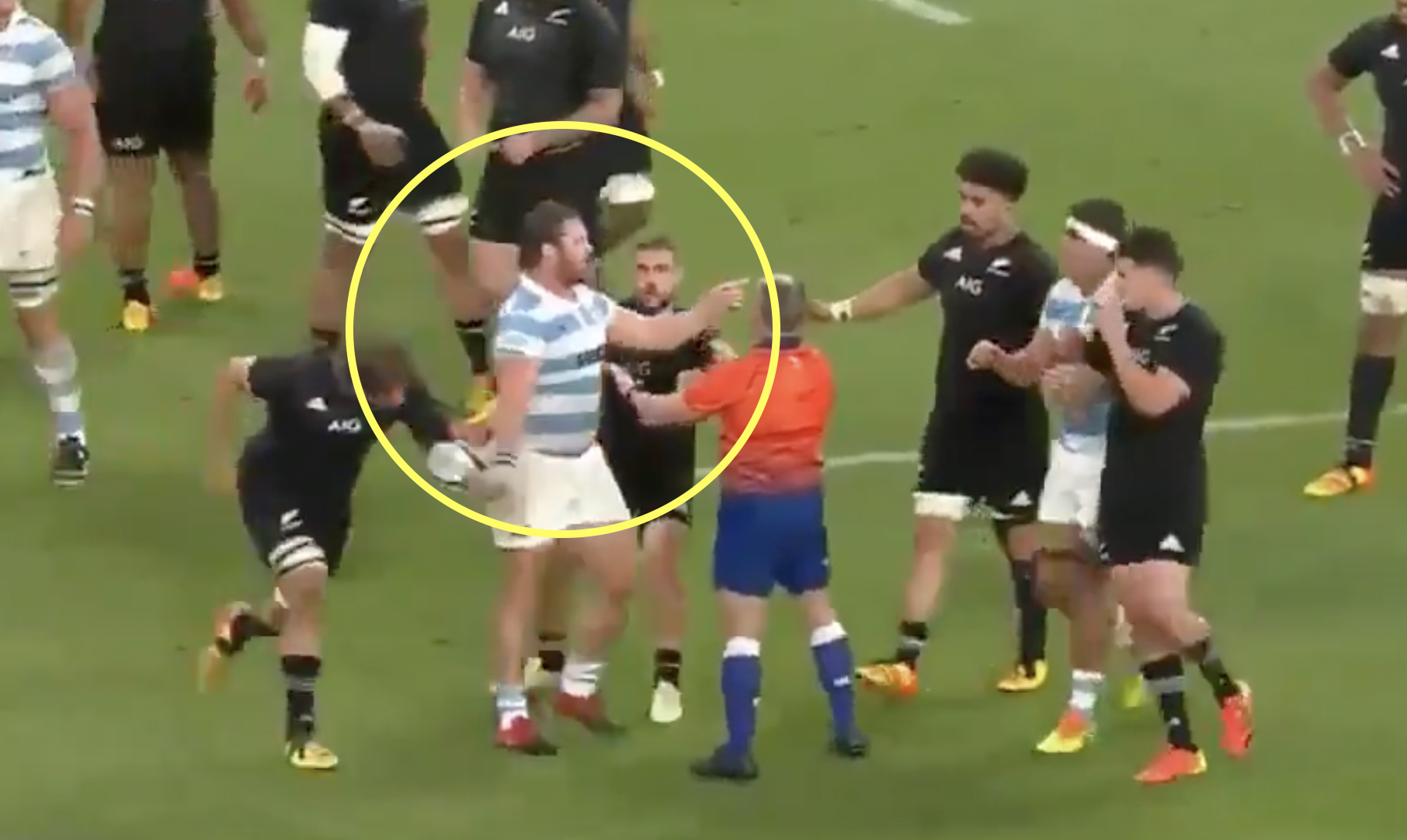 Argentina may have been on the receiving end of another one-sided contest against the All Blacks on Saturday, but their captain Julian Montoya was able to impart some words of wisdom to Will Jordan.

The Pumas were penalised for obstruction late in the first half when they were in a promising scoring position. Like any player, the hooker was clearly frustrated that he had just spurned a potential scoring opportunity, so the last thing he would have wanted was the 23-year-old All Blacks winger charging in to grab the ball off him. Initially he swatted Jordan away, then decided to share some wise words with the Crusaders man while referee Jaco Peyper tried to separate them, saying: “Don’t show off, don’t show off. You’re too young to show off!”

While the Leicester Tigers forward was giving the Kiwi this life lesson, flanker Ethan Blackadder was able to swoop behind and take the ball out of his hands, although he was not given such a stern talking to.

This talking to was not the only strange occurrence for Jordan in Brisbane on Saturday, as he was also not on the scoresheet. In his eighth cap, he was unable to add to his already impressive tally of eleven tries for the All Blacks. In fact, this was the first time that he was kept scoreless since his debut last year, although he did come very close on a number of occasions as Ian Foster’s side seemed to produce a shed load of ‘almost tries’.

The 36-13 win extended the All Blacks’ lead at the top of the Rugby Championship table, and also led to them regaining the number one world ranking, as they beat the Pumas by more than 15 points and the Springboks had lost to Australia earlier that day.