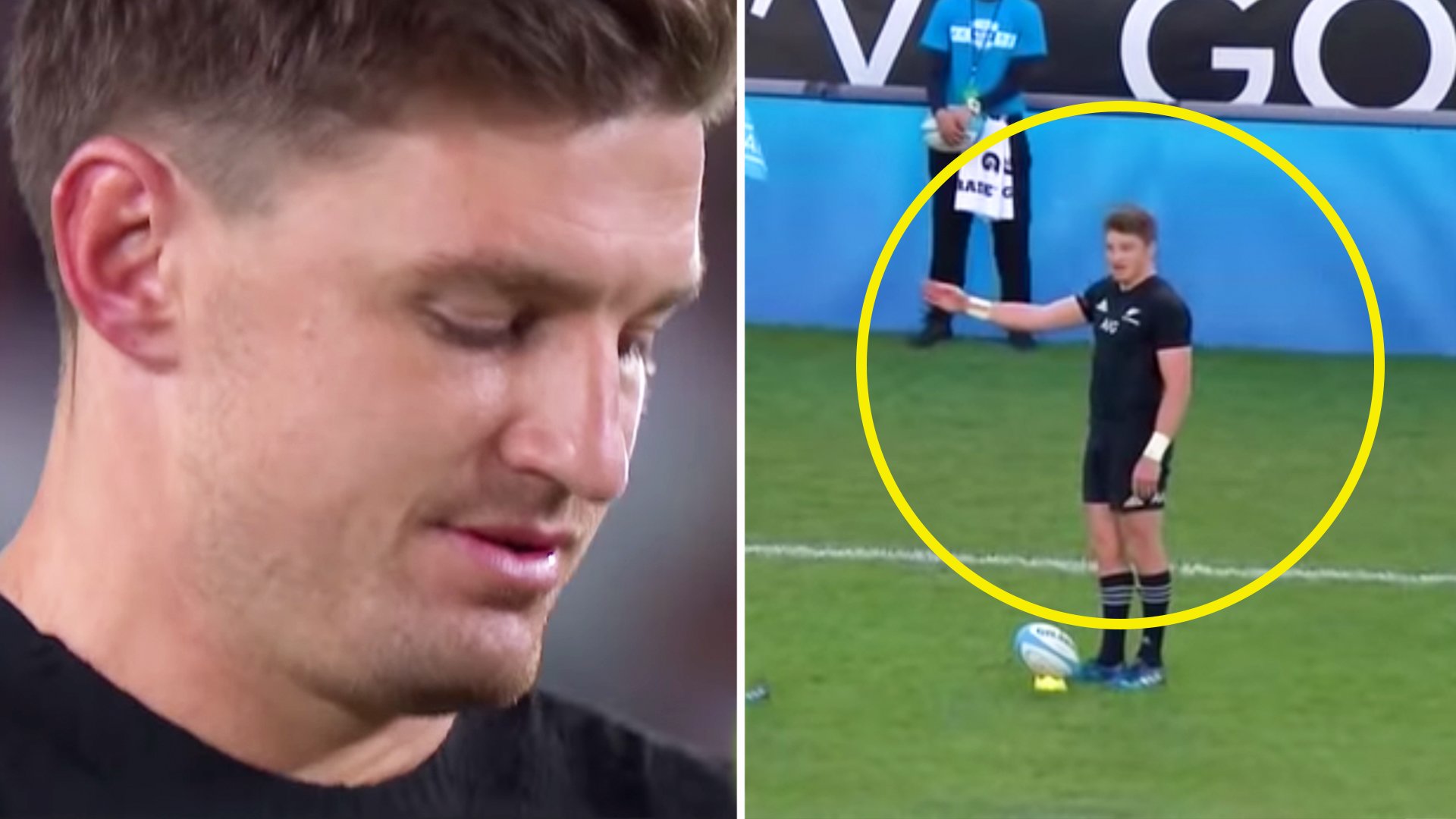 There’s bad and then there’s THIS. Beauden Barrett has really taken the biscuit with this shameless cheat ploy.

The Blues and All Black utility back is New Zealand’s blue-eyed boy but you can’t pull the wool over Onslaught’s ever-watchful eyes that easily.

How bad was this?!

This shameful act came back in 2016 in the All Black’s humiliating defeat to the Irish in Chicago.

The men in green had let in a Ben Smith try in the corner to bring the scores up to 20-30 to the Irish. The All Blacks were desperate for points.

This revolting act of gamesmanship followed soon after with the Blues man lining up his conversion attempt at goal.

You don’t often see cheating in rugby that’s this blatant but this is Beaudy we’re talking about so I guess you can expect anything.

Thank god the referee managed to spot this one. Lord knows how many times he’d got away with it in the past.

Nizaam Carr quits Wasps for a return to Super Rugby

Nizaam Carr is back in Super Rugby after the back row decided to take up the challenge of becoming part of the Jake White revolution at the Bulls. The 29-year-old has spent the last three seasons playing for Wasps in the Gallagher Premiership.

However, having made his initial splash in the game playing for the Stormers and Western Province, he has now opted to return to South Africa to put to use what he has learned in Coventry in the hope of potentially resurrecting a five-cap Springboks career where he was last capped in November 2016.

“Nizaam needs little introduction and I’m happy that he has decided to continue his career with the Bulls,” said White on the same day another Springbok, winger Cornal Hendricks, agreed on a contract extension.