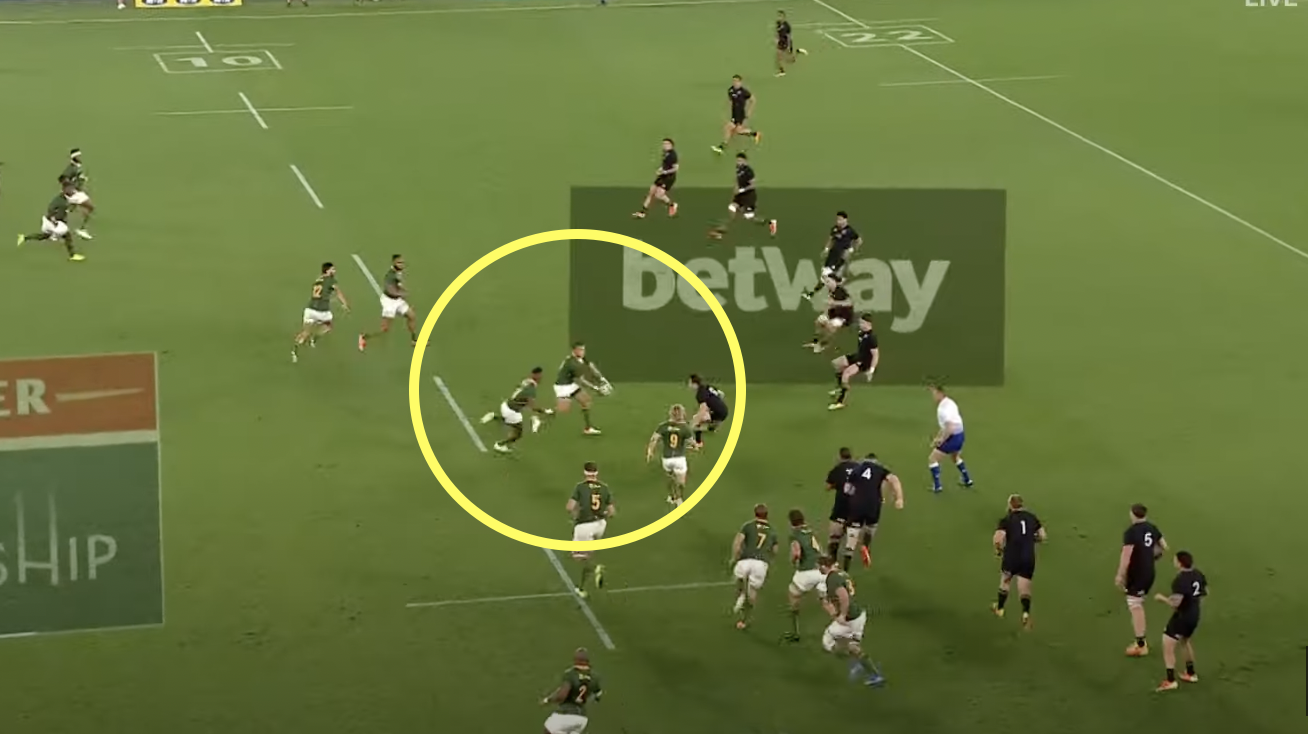 The Springboks changed their strategy against the All Blacks in their win over the weekend, choosing to keep ball in hand far more than they did the week before, but some pundits feel that they did not go far enough.

Jacques Nienaber’s side kicked the ball ad nauseam in their first Test against the All Blacks in the Rugby Championship, and fell just short due to a late long range Jordie Barrett penalty. In the repeat fixture on the Gold Coast on Saturday, they had a different game plan.

Now the Boks were not slinging the ball about every chance they had, but they certainly did attack more and it paid off. To put it into perspective, South Africa kicked the ball from hand over twice as many times as the All Blacks in the first Test, with Faf de Klerk kicking more than the entire team combined. In contrast, the All Blacks actually kicked the ball from hand more than the Boks in the second Test.

There were plenty of calls for South Africa to attack more after the first Test, and those calls were answered, but pundit Swys de Bruin has still demanded more from the side.

Speaking on SuperSport after the match, the former South Africa attack coach was full of praise, but said that he still wants to see them run rather than kick, saying they have “brilliant attackers”.

This win capped off a mixed Rugby Championship for the Springboks, who struggled after the energy sapping series against the the British & Irish Lions. Two straight losses against the Wallabies and another loss to the All Blacks meant their hopes of winning the Championship were over going into the final game, but the win meant they returned to number one in the world rankings.