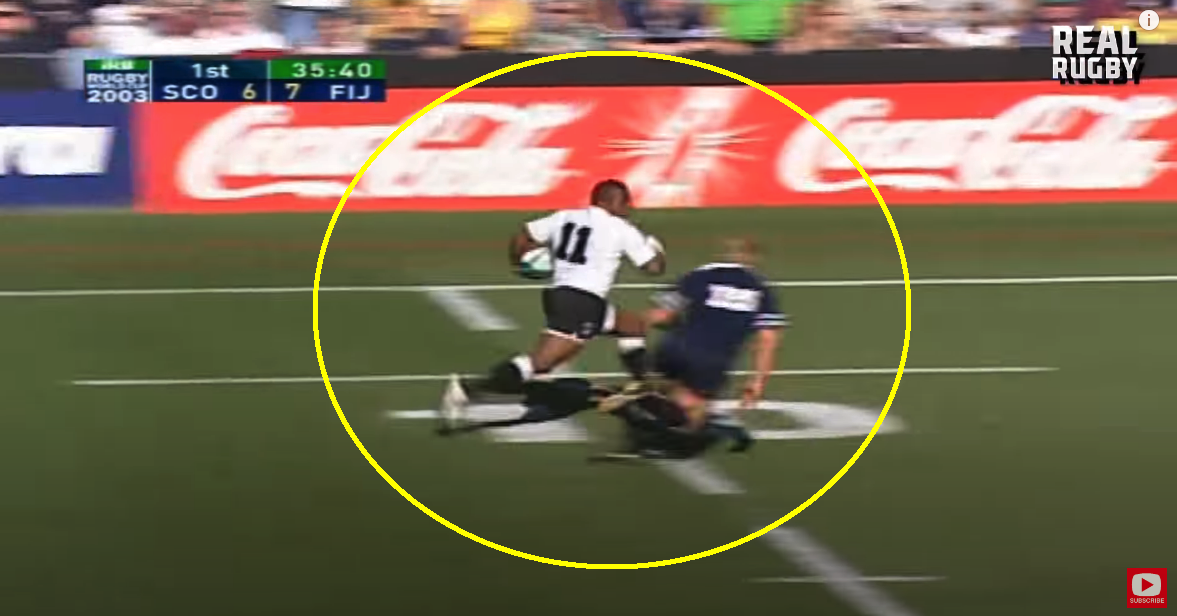 When compiling a list of the greatest wingers in Rugby World Cup history, the first names that immediately spring to mind are Jonah Lomu and Bryan Habana.

The late All Black and former Springbok are both tied on 15 tries for the record haul in the tournament, with the pair also holding the record with Julian Savea for most tries in the single tournament, eight. Perhaps the most impressive thing is that Lomu only took two World Cups to reach his haul of 15, while Habana took three. Equally, Habana helped steer his side to glory in 2007.

But a player who did not have the longevity of Habana, or necessarily the stats which hold up to other wingers, but still made quite an impact at the 2003 showcase was Fiji’s Rupeni Caucaunibuca. The former winger has garnered a cult following since his exploits with the Blues and Fiji at the beginning of the century, and for good reason.

The Fijian may have only played in one World Cup, and only earned eight caps for his country, and while did not have a team that would either help create tries or progress far in the tournament, he was on fire in 2003. A ban at the tournament, meant he only played two matches, against France and Scotland, scoring three tries. While that is an impressive strike rate, it is the quality of the tries which is all the more impressive.

A recent video shared by the Rugby World Cup on Twitter showed ten of their favourite tries by Fiji at the tournament. Two of Caucaunibuca’s make the list, and provide a glimpse into what a player he was. Players are often judged on quantity of performances and longevity of their careers, but for a short period, the Fijian was one of the very best in the world.