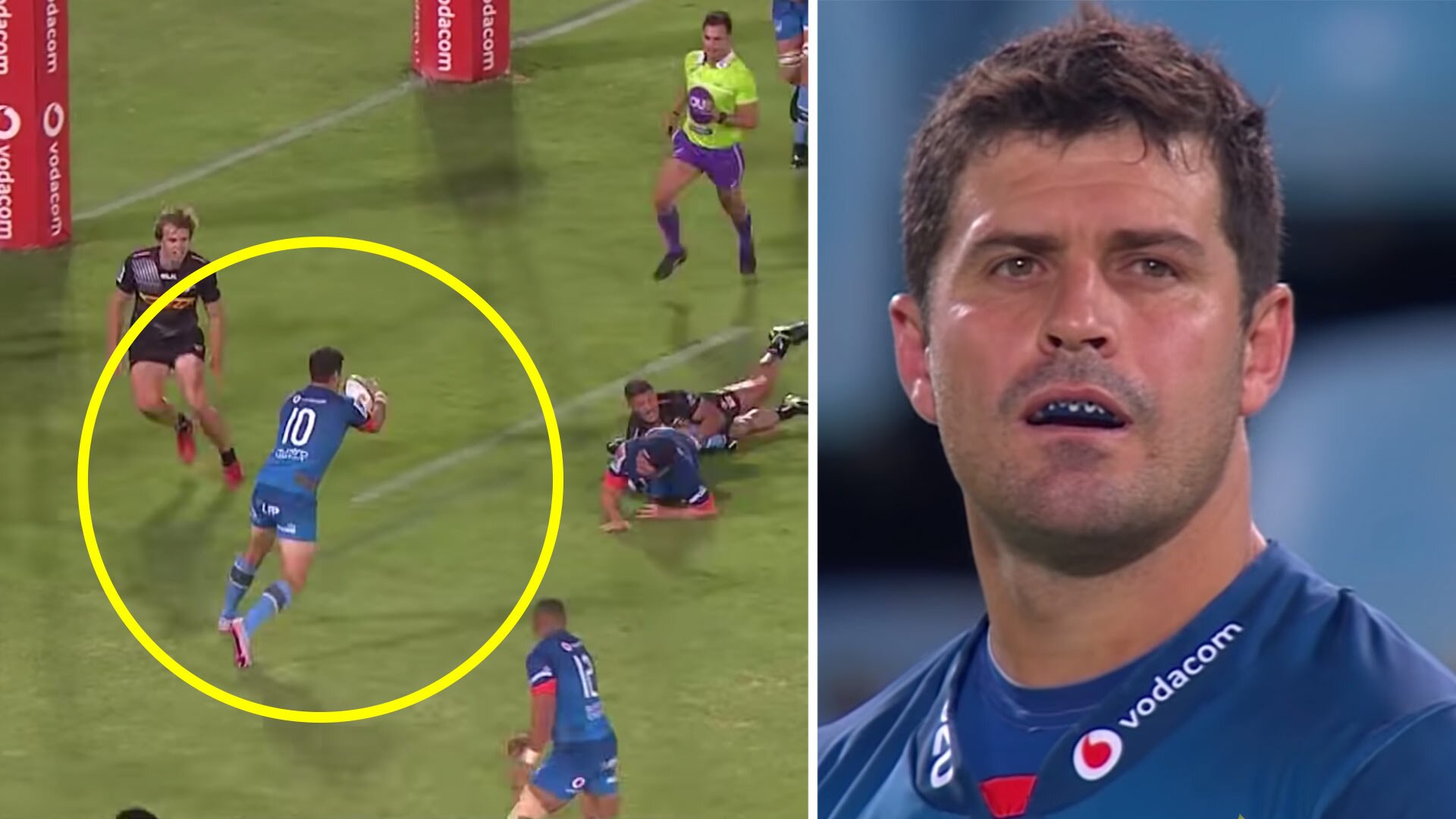 Morne Steyn wowed rugby fans around the world this weekend with a Pass right out of the top draw before the game was ultimately cancelled.

The 37-year-old Springbok legend wowed rugby fans, turning back the years as he set up a try with a piece of ridiculous handling skills.

Many will remember the fact that Steyn helped the South African team to beat the Lions back in 2008. That is how long he has been in the game.

Many will be maybe thinking, ‘should he be playing for the Springboks still?’ after he put in an incredible solo performance to help the Bulls dominate the game before a storm put an end to the match.

The Bulls were dominating at the point when the game was called off.

Just look at the pass on this try that he set up for his team.

Munster maintained their unbeaten record in this season’s Guinness Pro14 league as they beat the Dragons 28-16 at Rodney Parade.

Two tries from fullback Matt Gallagher and one by wing Calvin Nash, along with three penalties and two conversions from outside-half JJ Hanrahan, were enough to keep Munster top of Conference B.

The home side’s points came from outside-half Sam Davies with a try and two penalties, plus a try from lock Matthew Screech on his 50th appearance for the Welsh region.

Dragons were briefly ahead when Davies landed an early penalty but, from then on, Munster dominated vast periods of the game.

The Irishmen, who had beaten Cardiff Blues 38-27 the previous week, put the home side under pressure for the opening 25 minutes and notched up 18 points in the process.

Hanrahan booted a simple penalty from 30 metres out to level matters before Gallagher was put away by flanker John Hodnett with a slight of hand in the right corner. It came a few moments after a blistering dash into the Dragons 22 from scrum-half Craig Casey.

Another Hanrahan penalty and a conversion of Nash’s touchdown, which came when wing Darren Sweetnam caught a kick to the left and popped the pass to his team-mate, had Munster well clear.