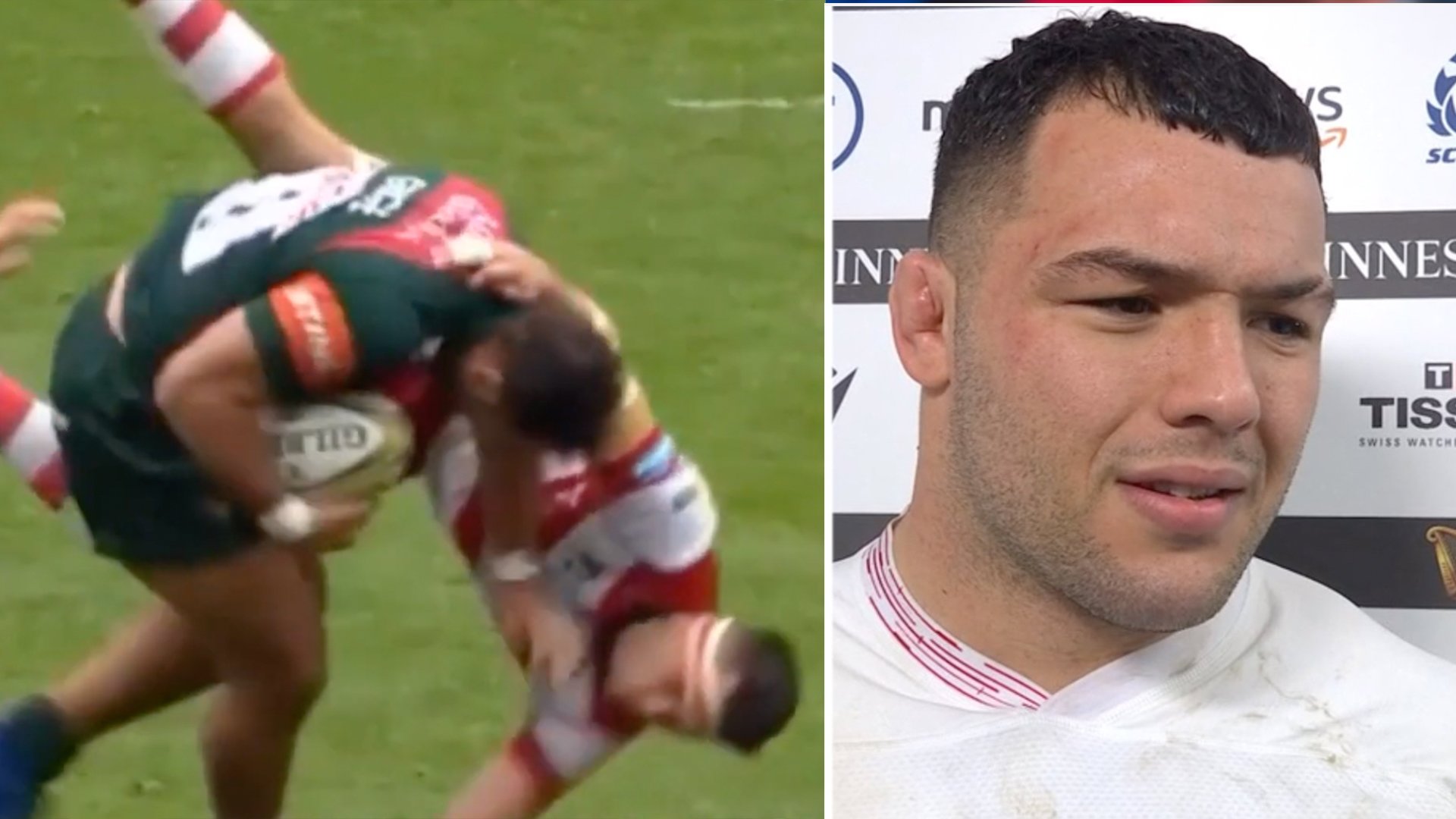 A devastating highlight reel has just dropped on Ellis Genge, reminding everyone of just how terrifying he is for England.

The Leicester and England prop is aptly named, ‘The Baby Rhino’ due to his explosive power and danger on the ball.

In this video, it hard to ignore just how strong this player is, as he puts multiple players to the floor.

Genge has come on leaps and bounds for Leicester and England this season.

He scored a match winning try against Scotland in dire conditions at Murrayfield as they won the Calcutta cup off of them.

What amazes us is that he never ever seems to be tackled by the first man. He always beats the tackle!

Genge will most likely be starting for England soon as he has played on the bench for England for much of the time at the moment.

England take on Wales this weekend at Twickenham and will be strong favourites.