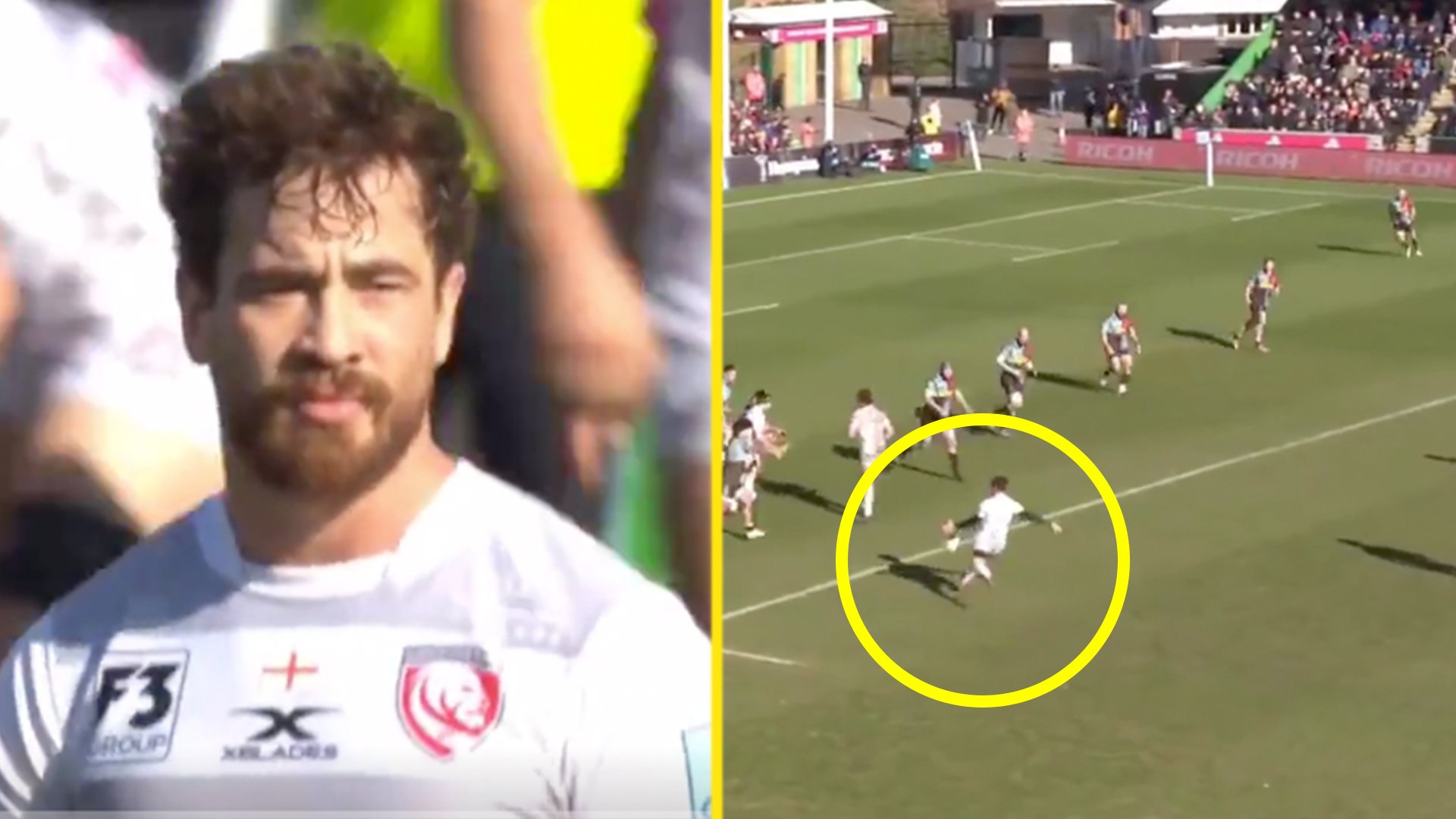 This is proof that Cipriani’s incredible kick last weekend was not a fluke! Footage from an old game last season has emerged and it all but confirms Cipriani’s skill.

Gloucester took on Connacht last weekend as the men from the midwest ran out 26-17 winners in the end. This clip surprised many because of the fact that it was eerily reminiscent of the kick that Ryan Crotty did in the 2017 Lions Tour.

We’re sure that everyone knows that Danny Cipriani is capable of some incredible things in rugby at this stage but this takes it to another level really. If he meant it that is…

The ball appeared to be cleared by the former England 10, but the way he skews the kick means that he ends up slicing the ball way off to the right and into the hands of one of his team.

What do you think…

Danny Cipriani, by his own very high standards, has not been playing his best rugby this season for Cipriani. He has at times, performed well, but more often than not during the 2019-2020 campaign he has thrown passes astray or kicked inaccurately.

Some have blamed this on him taking his foot off the gas after the race for 2019 World Cup selection, it’s easy to see why he would not be as motivated as he was in the past as it is very likely that Cipriani will be too old to feature in the 2023 World Cup.

Despite this, Cipriani played very well over the weekend in the Champions Cup clash against Connacht and he set up a try for young winger Louis Rees-Zammit.

Footage from Danny Cipriani last season, however, has provided definite proof that this was not a fluke.

In the clip below, Cipriani does pretty much the exact same kick but from the opposite end of the field. Many doubted the thinking behind Cipriani doing this is in the match. This is simply proof that he has gonads bigger than rugby balls.