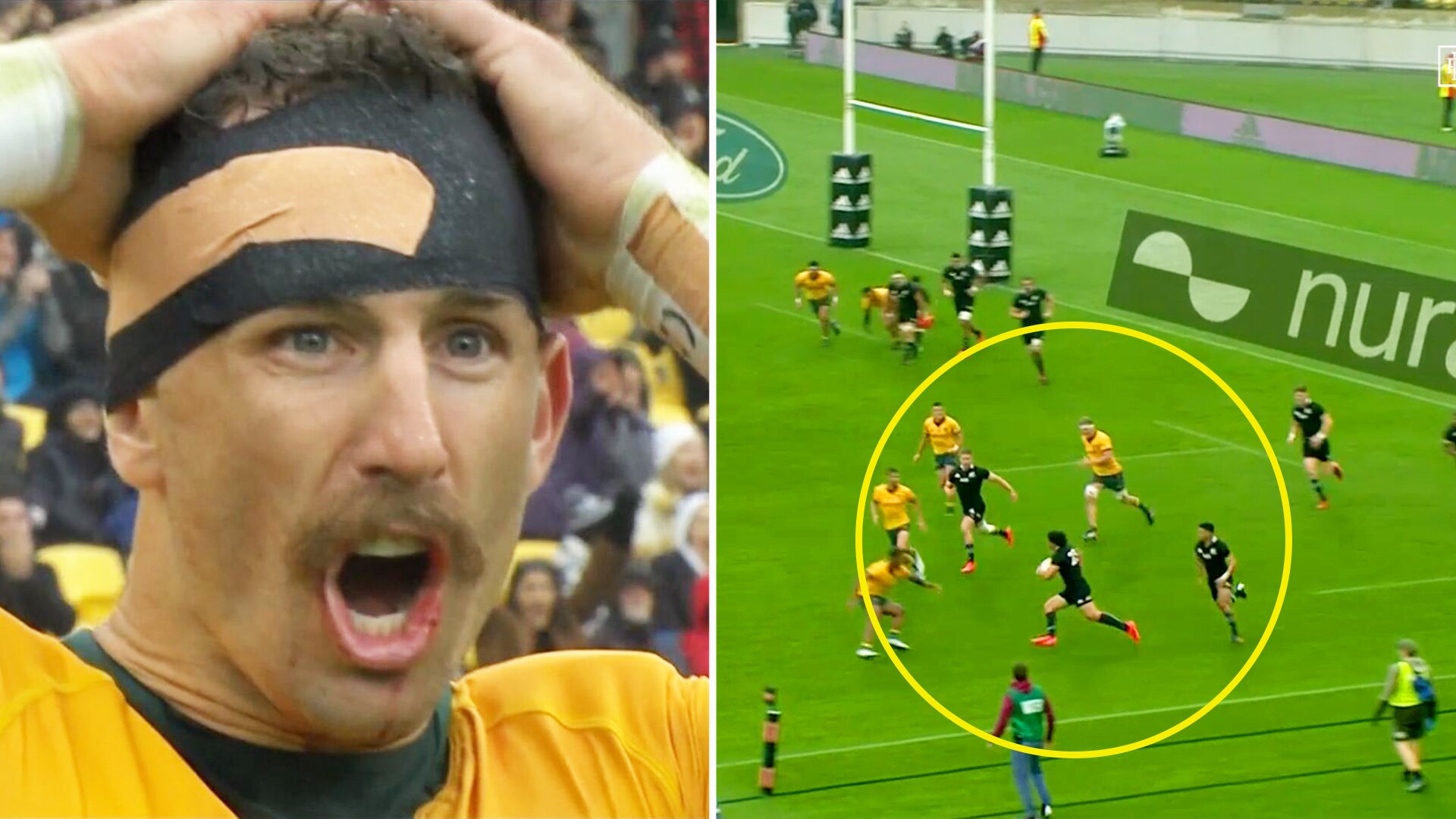 WATCH: One of the greatest test matches ever as resurgent Australia draw with All Blacks in epic finish in Wellington

A resurgent Australia side came inches from a first away Bledisloe Cup win since 2002 in one of the greatest finishes to a test match in living memory.

Dave Rennie’s new look Australia team travelled to Wellington in New Zealand with few giving them any hope of springing an upset against the All Blacks.

This was a test match epic with a packed out crowd and the eyes of the rugby world fixed firmly on this game.

The All Blacks scored the first two tries through Jordie Barrett and Aaron Smith in what was already shaping up to be a classic Bledisloe Cup showdown. There was controversy surrounding the All Black’s opening try as winger Rieko Ioane appeared to step into touch some phases before.

It has been a long time coming, but here is the All Blacks FIRST try of 2020.

George Bridge and Smith combined beautifully here for this long-range try at the start of the second half.

What a start to the second half! A set piece play executed to perfection and finished off by @Te_Nug.

Flick over to @skysportnz for a massive second half RN!

Just before the half time whistle, the All Blacks missed out on extending their lead after Rieko Ioane dropped the ball over the try line inexplicably with little pressure on him.

The Wallabies hit back through a try in the corner from winger Koribete and they were back level again at 13-13 all after this wonderful link-up between James O’Connor and Filipo Daugunu.

So good to see the Wallabies looking like a force again. They’re right back in this one pic.twitter.com/8wwnGqiKUD

In the closing minutes of the match, Jordie Barrett knocked over a penalty from close range to level the scores at 16-16 – but boy it wasn’t over there.

In one of the greatest finishes to a test match of all time, Reece Hodge had the chance to make history and seal a famous away victory for the Wallabies over the All Blacks.

Sit back and enjoy one of the greatest finishes to a test match you will EVER see: THREAD 👇 pic.twitter.com/mjaQ5QLbDU

What a finish in Wellington 🤯 pic.twitter.com/idbz1rbn6p

Fans were raving about this epic test match that ended in a stalemate.

This is probably hyperbole because I’m still on a high minutes after it finished, but fuck me, that might be one of the best games of rugby I’ve ever seen.

What a bledisloe game!! Congrats both teams @wallabies 👏🏼👏🏼💛💚