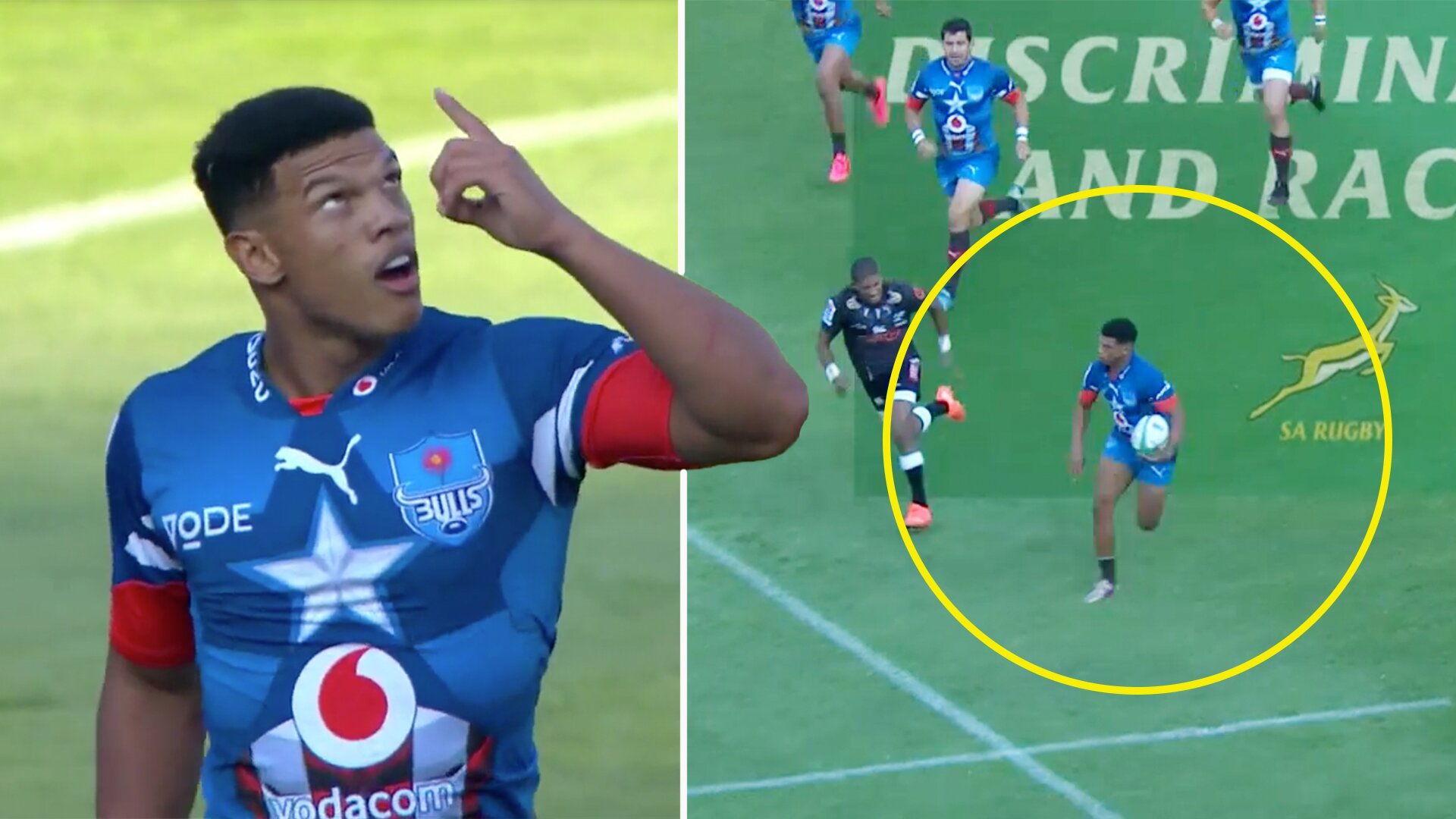 Jake White’s tenure as Bulls coach got off to a brilliant start as his team swept aside the challenge of the Sharks in South Africa’s return to rugby yesterday.

There was one performance in particular that will truly excite Springbok fans – and that is from Bulls winger, Kurt-Lee Arendse.

The 24-year-old flyer who has starred for the Blitzboks over the years put in a sensational solo performance that bagged him two tries with one incredible length of the field effort that’s sure to have grabbed the attention of Jacques Nienaber.

This display of pure unbridled speed will have reminded Bulls fans of the glory days of Bryan Habana with this kind of solo effort.

Rugby is back and we’ve missed tries like this! Kurt-Lee Arendse, take a bow. The Blitzboks flyer runs the length of the field to score for the Vodacom Bulls who lead 28-0 🔥💨

COVID scare for All Blacks lock

Patrick Tuipulotu is one of two current All Blacks squad members to be granted permission to play in this weekend’s round of Mitre 10 Cup matches but only last week the big second-rower was quarantined at home.

The Blues captain hasn’t played since early September when the North Island were pipped by the South Island in the one-off exhibition match. With the All Blacks set to square off with the Wallabies next month, Tuipulotu can hardly afford to sit out every match in the provincial competition.

Tuipulotu missed Auckland’s opening win of the season against Otago with an Achilles problem while last week, the towering lock was struck down by a flash cold.

In the current, understandably cautious climate, Tuipulotu wasn’t going to be taking any chances. The big lock quarantined at home and took a COVID test before he was able to return to training.

“With the restrictions now you’ve got to make sure everything is pretty clear,” Tuipulotu told Stuff in the lead-up to his side’s match with Manawatu. “I took all the precautions, stayed home, had a test, it came back negative …. Any runny nose or cough can be a bit scary these days, so I made sure I followed all the right protocols.”