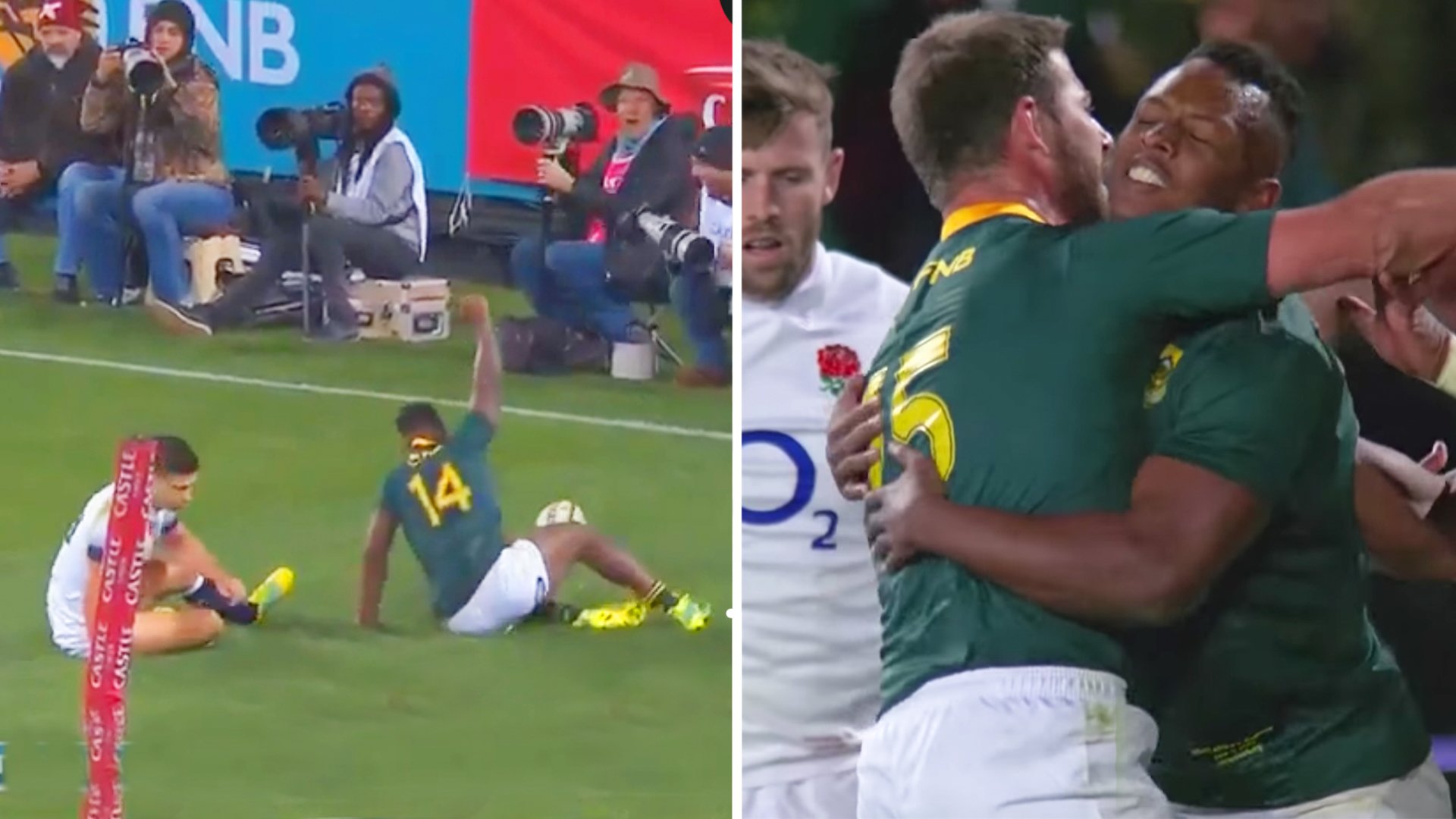 The then 22-year-old Sharks winger started on the right-wing in the first test of the series against Eddie Jones’ side and made an explosive impact for the Boks.

The young winger was tenacious right from the first kick-off as he chased down Handre Pollards kick that fell into the hands of England bruiser Billy Vunipola.

Rugby Australia is expected to confirm details of their new Super Rugby AU competition in the coming days. https://t.co/z87ywx9l6j

We watch on as Nkosi chops down the 135k back-rower without hesitation.

A few minutes later we see him do it again as he wraps himself around the Saracens number eights ankles – stopping him mid charge.

This was an effective kick-off tactic from Rassie Erasmus’ side.

The English ran up an early 0-24 lead but as the Boks began to get into their stride they started to bring Nkosi into play more – utilising the Sharks winger’s incredible strength off the wing.

In the 29th minute of play he showed his clinical finishing streak with a well taken opportunistic try.

We see as the young winger takes the ball with little space to play in, kicking ahead for himself to chase over the in-goal area.

Nkosi has impressed for the Sharks

After 7 rounds of Vodacom Super Rugby, we are taking a look back at #OurSharks wing Sbu Nkosi’s stats this season 🏉#OurSharksForever pic.twitter.com/WFCX1fbXdb

England full-back Elliot Daly fails to ground the bouncing ball allowing Nkosi to pounce on it and score to a roar from the home crowd.

Just four minutes later he was back on the scoresheet – this time on the other wing!

The Sharks flyer comes across the and offers a piercing inside line to go over in the corner.

As South Africa started to extend their lead over the men in white Nkosi became even more of a threat as he thrived in loose play.

England winger Jonny May had a torrid time trying to contend with his young counterpart who marshalled him expertly in defence.

Have we seen a more impressive Springbok debut than this in recent years?