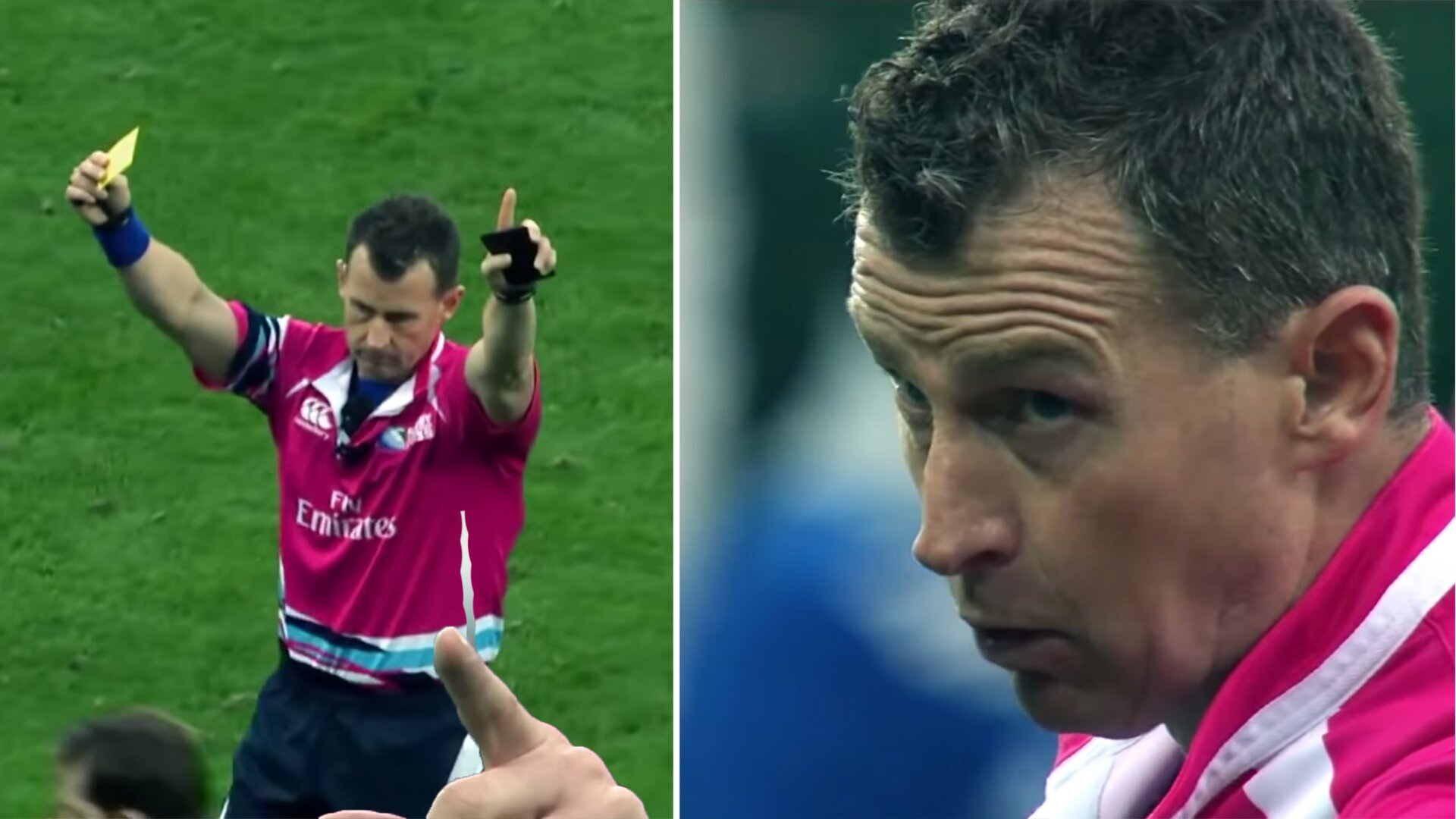 A new video has been dropped this week showing us why there will sadly never be a ref in rugby like Nigel Owens again. The video dropped on the referee this week on Tuesday.

Nigel Owens has solidified his reputation as one of the most respected rugby referees in history.

His no-nonsense attitude and refusal to take any disrespect from players has earned him a ridiculous highlight reel of brilliant clips over the years.

A video maker called ‘Die Hard Rugby’ has put together a brilliant video showing his very best bits from over the past decade as a rugby referee. The video is that good that we can call it the ultimate tribute!

The Welsh referee recently posted this video on his social media of some cows… just thought we would drop that in there somehow.

Owens is known for his dominating aura on the pitch, but in this video, we also saw how the Welshman also used selective language to make sure that players and his team were on the same page as him.

We have seen plenty of Nigel Owens tributes over the years but this surely has to be ranked as the best as we have seen clips of the referee that we thought we had never even seen before!

The video is called “The Real Boss Of The Rugby Field | Nigel Owens Best Referee Moments”.

We will never see a rugby referee like Nigels Owens again that is for sure.