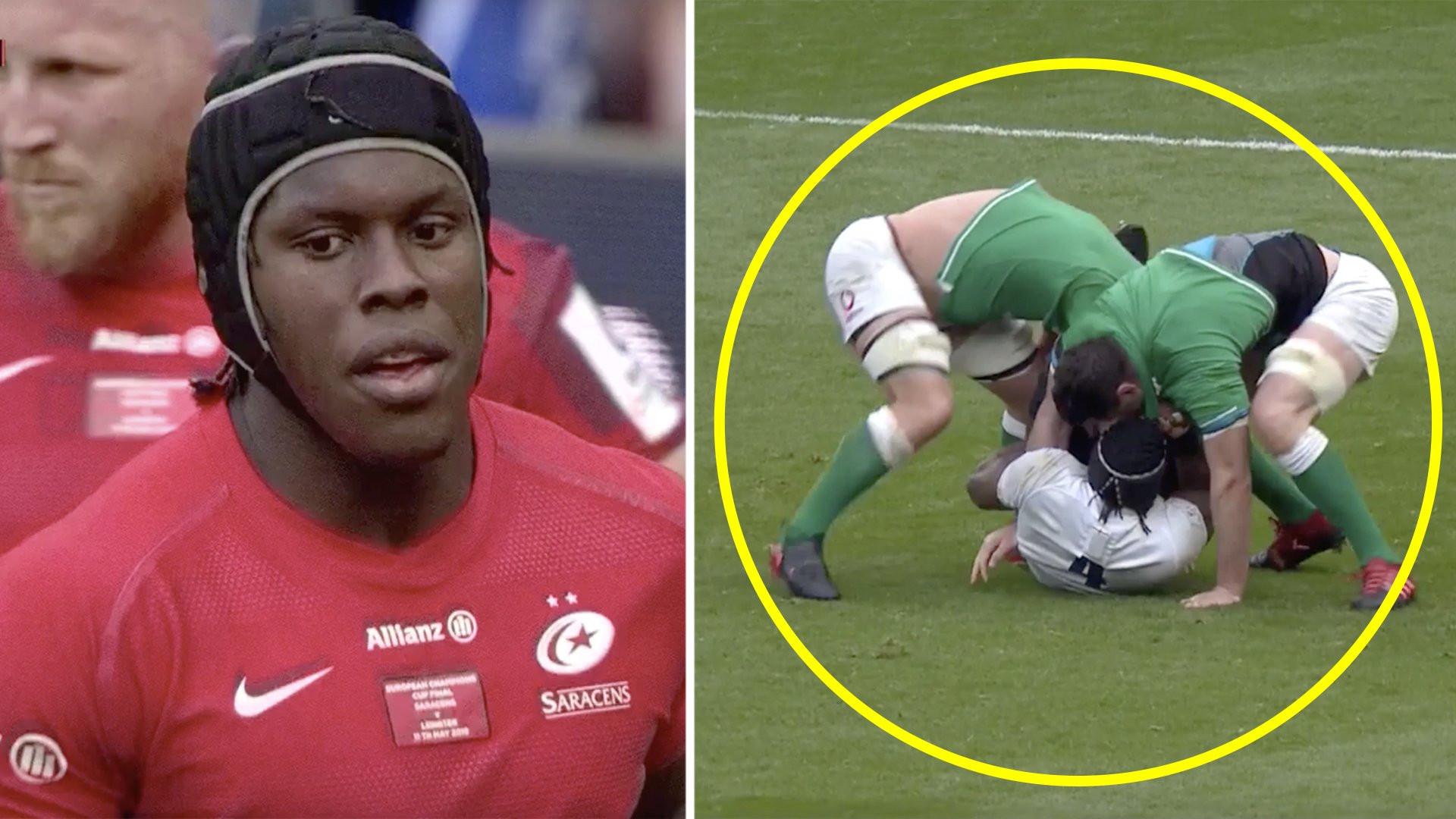 A new video has just dropped outlining just how annoying Maro Itoje is to his opposition.

The video is titled “Maro Itoje – The King of Trolling” and it highlights how much of a nuisance the Saracens lock is to play against.

In the video, the 26-year-old can be seen holding players down, screaming and clapping and being an all-round nightmare to play against.

Itoje has made a name for himself as one of the best second rows in the World, but his abrasive playing style has also earned him the reputation as being one of the most annoying players to see as well.

This video is very well done in showing just how annoying Maro Itoje can be!

Itoje truly is one of the biggest characters in rugby, but this shows why he is so hated by many fans as well!

 At the age of 22, was the youngest player in the British and Irish Lions squad in 2017.

 Counts former England flanker and RWC 2003 winner Richard Hill as one of his mentors.

 His parents are both Nigerian.

 Played basketball, football, rugby and athletics growing up. Represented England at U17 level in both basketball and shot put. As a centre forward in football, he idolised Didier Drogba.

 Has a politics degree from London’s School of Oriental and African Studies.

 Spoke out about racial abuse in football and called for action to be taken after Raheem Sterling and Danny Rose were abused during England’s Euro 2020 qualifying win over Montenegro in March, 2019.