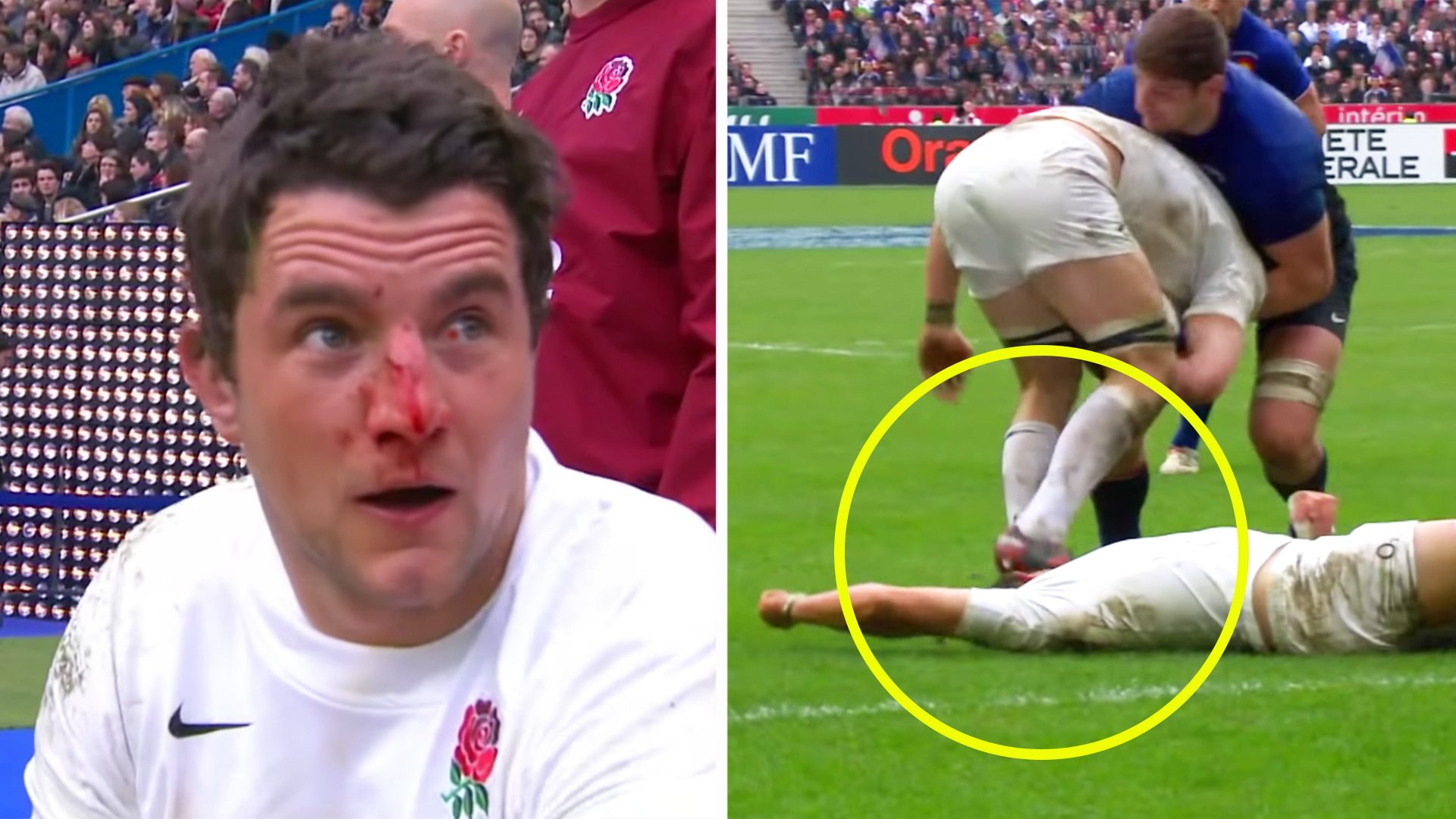 This face stamp was absolutely brutal.

This incident occurred during the 2012 Six Nations thriller between France and England – which has recently been uploaded online with a new video from England rugby.

It had been an end to end match with superb tries from both sides.

Phil Dowson has been fundraising for SaintsFoundation in recent weeks

The back-rower had only been on the pitch before this horror injury took him out of action.

We see the French mount a last-ditch assault having just conceded to go nine points down and with some strong running they break their way into the English twenty-two.

The visitors are on the ropes as Rougerie slices through and only desperate defence can halt their charge.

The ball drops to Lionel Beauxis who pokes through a dangerous grubber kick for his backs to chase.

We then see some heroic goal-keeping skill from the Saints man who scoops up the loose ball before it can bounce into the in ball area.

Brutally, however, Dowson is knocked out cold on his way to ground as his head clatters into the knee of the onrushing Wesley Fofana.

We see him flop to the ground headfirst before rolling onto his back – clearly incapacitated.

“In the past, when lineouts haven’t been going so well, I’ve had a bit of a moan and she’s put me back in my place with some stories from work."

The worst is yet to come as we see Leicester Tigers flanker Tom Croft retreat back to contest the ruck with the stricken Dowson below him.

We watch on, in horror, as Croft accidentally stamps his standing foot square into the face of his fellow back-rower splitting his nose open.

We can see the shock in Ben Young’s face as he goes to take out his Dowsons gumshield and seeing close up the extent of his teammate’s injuries.

Referee Alain Rolland does well to stop play on seeing the unconscious player behind the ruck – allowing him to get immediate medical attention.

Thankfully Dowson walked away from this with no lasting damage but was lucky to escape a far worse facial injury after this horrific incident.

England held on to win this game in what has gone down as one of the best ‘Le Crunch’ meetings in recent years.