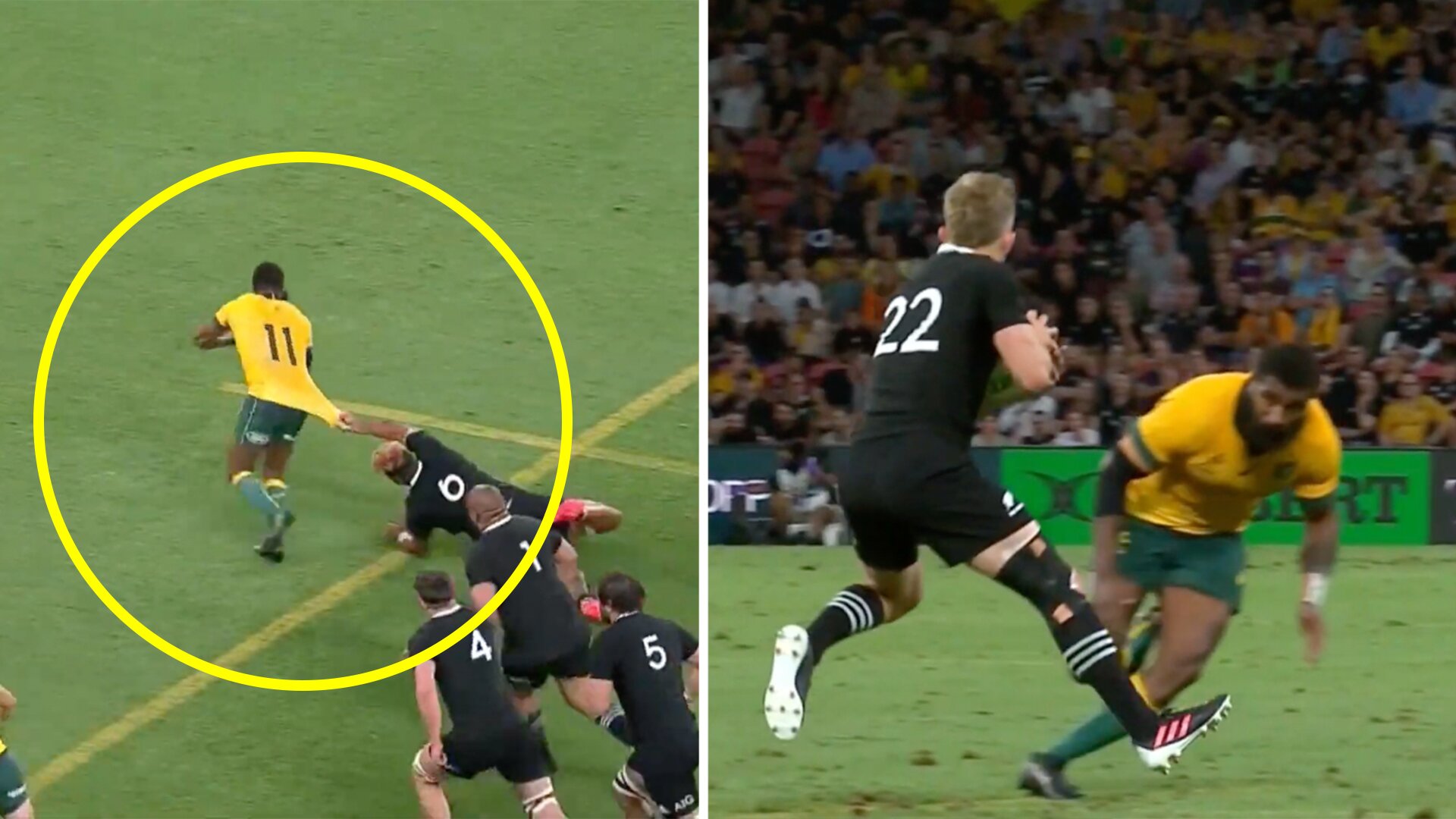 A rugby fan has made a video on Marik Koroibete showing just how important his performance was for the men in gold this weekend.

Cameron Smith online put a video together highlighting the incredible impact that the 28-year-old had on the game, showing the speed and endurance that he had in the match.

Australia put in an incredible performance on Saturday to record a shock win over the All Blacks in Suncorp stadium.

The Australia team were all in high spirits after the match which turned their fortunes around in the Tri Nations torunament.

A video has been made exemplifying just how good some of the moment he had in the game were.

How the game was won and lost

Australian referee Nic Berry, who struggled to control the match, dished out four cards – two red and two yellow – but the All Blacks will not look for excuses.

Scott Barrett’s yellow card for a cynical ruck infringement with 12 minutes left proved decisive, forcing the All Blacks to courageously contest much of the closing stages with 13 men.

Ardie Savea delivered an inspirational performance and it was his charge which led to a late Tupou Vaa’i try that gave the All Blacks hope, but in the end that ultimately proved a consolation effort.

Tuning in as a neutral observer you wouldn’t know the Bledisloe Cup was locked away by the All Blacks last week. This wasn’t exactly a great endorsement for playing by the rules, but it sure was a passionate contest.

Debut Wallabies wing Tom Wright and All Blacks opposite Rieko Ioane exchanged early tries but the fourth Bledisloe of the year then turned on its head when Ofa Tuungafasi became the fifth All Black to be red carded in a test, following Cyril Brownlie (1925), Sir Colin Meads (1967), Sonny Bill Williams (2017) and Scott Barrett (2019).