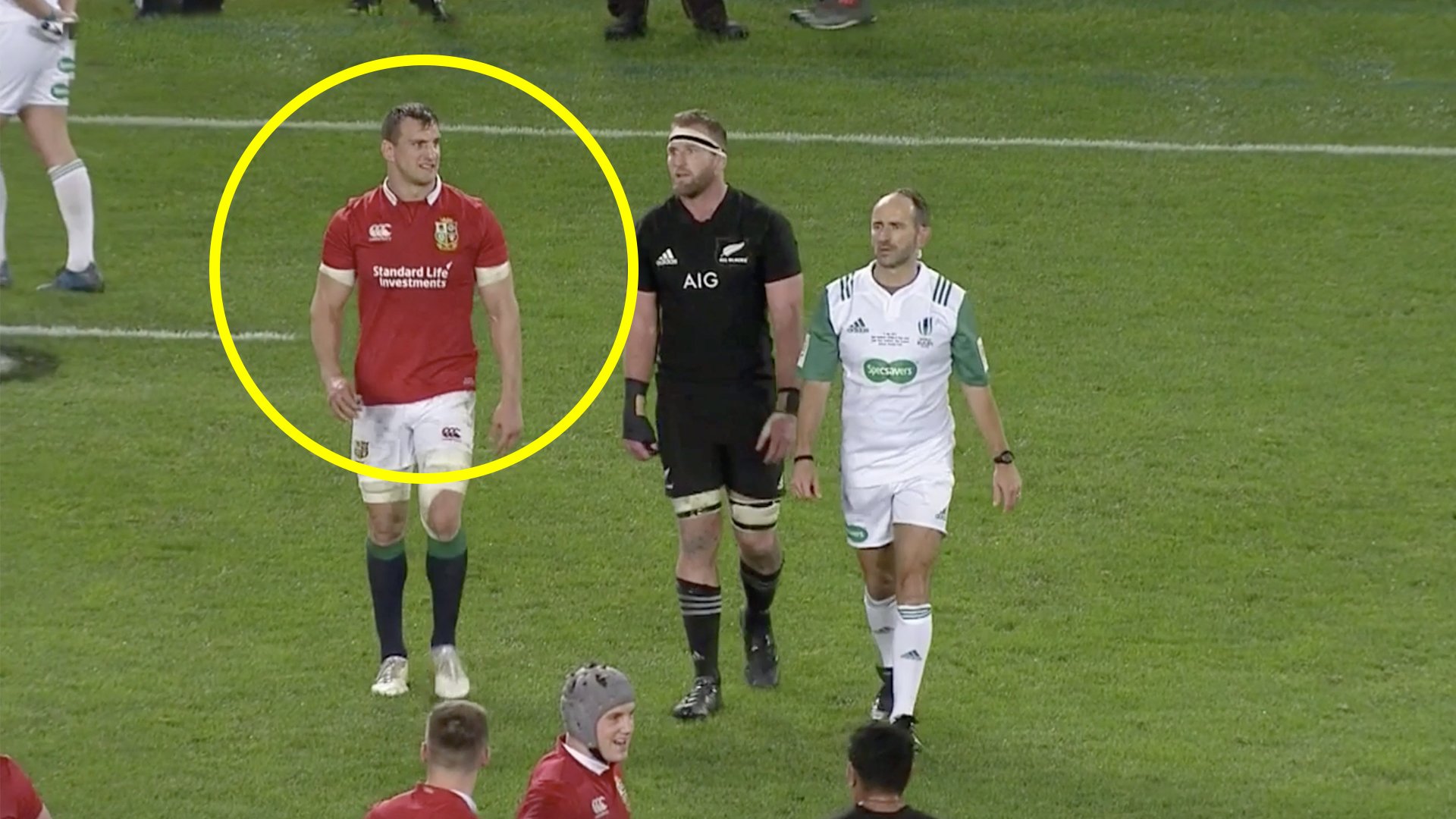 A new video has emerged today revealing how Lions and Wales captain Sam Warburton influenced the referee with very selective language to save the Lions Series.

We saw this video crop up online this morning and it shows why Sam Warburton should be considered as one of the best Lions captains ever.

In the final moments of the 3rd Lions test, the Lions and the All Blacks are level at 15-15 and the Lions might have just given away a penalty from the kick-off with 3 minutes to go.

From the moment the penalty is called, the video shows Sam Warburton using every trick in the book to try and influence the referee into reversing the decision.

Warburton retired from Rugby in 2018.

In the video, the person who made the video speaks about the difference in leadership between Owen Farrell and Sam Warburton.

In the analysis video, Warburton is seen constantly being in the referee’s ear whereas All Blacks captain Kieran Read didn’t have such an influence on the ref.

It makes for a very interesting video and it gives an idea on how the Lions tour captain may have changed the series for the better.

Capped 74 times by Wales and a further five by the British & Irish Lions, Warburton led his country for a record 49 times. He announced his retirement from professional rugby.

Classed as one of rugby’s modern greats, the 29-year-old’s final match was the Lions’ test draw against the All Blacks in June 2017. Following the series in New Zealand, Warburton had been working to recover from neck and knee surgery and returned to training in earnest this summer.

Since returning to pre-season with Cardiff Blues it had became clear to Warburton that he wouldn’t be able to return to the high standards he has set throughout his career and has reluctantly made the decision to retire.
He bowed out with a glittering C.V. that includes leading Wales to Grand Slam and Six Nations glory as well as to two Rugby World Cups.