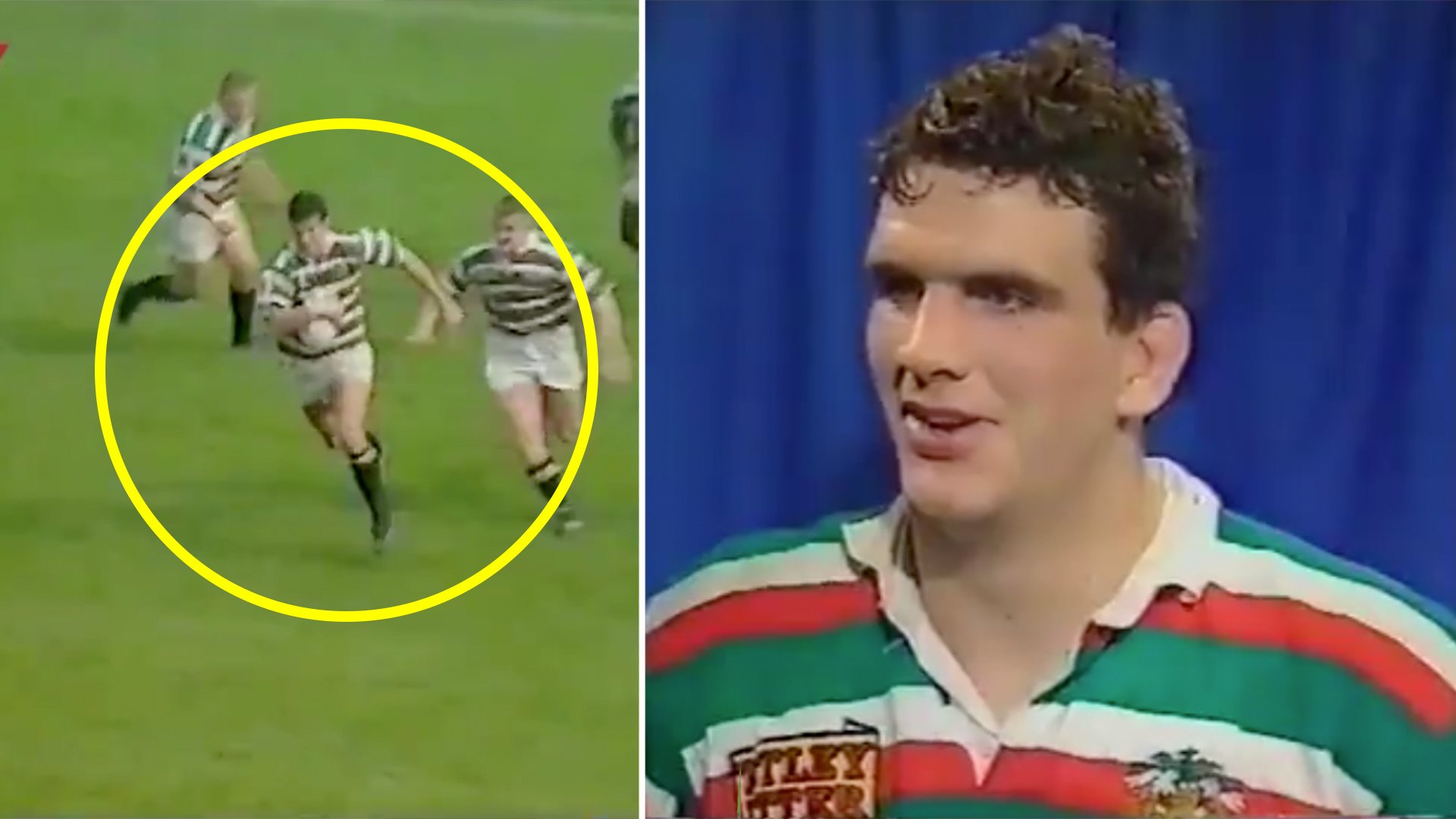 Many rugby fans don’t know what Martin Johnson was like as a player when he was young. The answer is that he was as terrifying as he has ever been!

Many rugby fans know Martin Johnson for his World Cup win in 2003. However, die-hard rugby fans will remember him for just how intimidating he is on the rugby pitch.

A video has surfaced online showing the England legend in an interviewer in 1993, ten years before his World Cup success. He may be young but he still had all the traits that made him such an intimidating player back in the day!

Martin Johnson is known by many as England Rugby’s most successful captain between 1994-2003 with his towering performances for the men in white.

The lock was seen as an enforcer during his career and this earned him his reputation as one of the most feared men in the sport.

This video really does show how aggressive this man was, even in his team talks, he was intimidating to even his own team. Martin Johnson truly is one of the baddest men in rugby.

This video shows a young Martin Johnson back in the 1990’s in an interview after the Pilkington Cup final in 2003.

He scored a try in the match and he looked as terrifying as ever even then! He was just 23 in this video but he was already a firm first choice for Leicester even then!