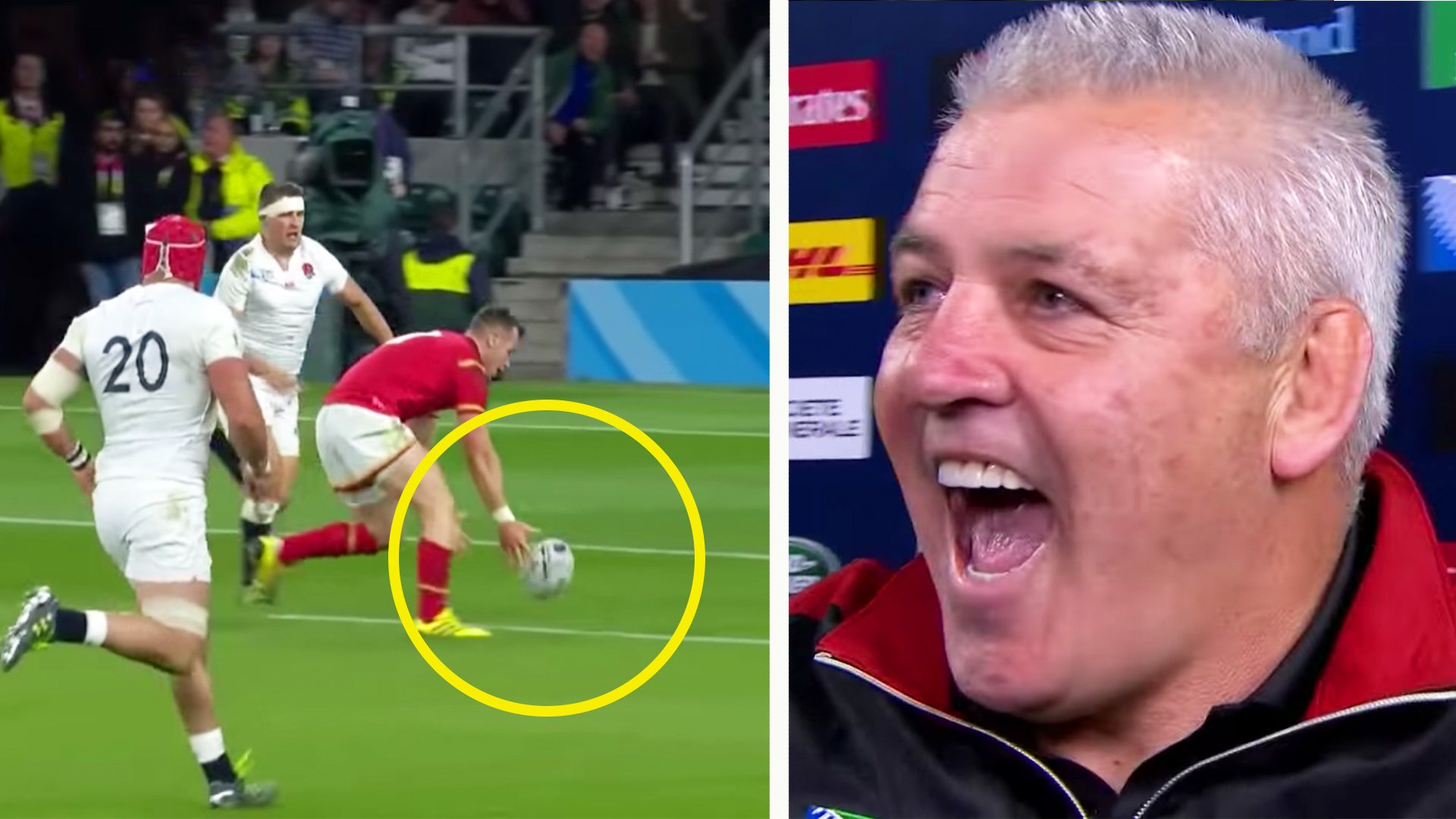 This was a day that broke hearts up and down England.

World Rugby have just dropped the full England vs Wales 2015 group match with commentary from David Flatman and Tom Shanklin.

This was the decisive game in 2015’s ‘pool of death’ with England looking to beat the Welsh in their own backyard.

It was Faletau calling for that kick. Not sure if it was overcooked, a hit and hope or absolutely perfect. Frankly, I don’t care.

What a pickup from Gareth Davies though! #ENGvWAL15

The English had started the game strongly and went into the half-time break with a seven-point lead thanks to a well taken Jonny May try.

The Welsh had been decimated with injuries throughout the tournament and at one point in this match it looked like they would struggle to continue with players going down left, right and centre.

England seemed to have the upper hand in the first half of the second forty – with Owen Farrel’s boot keeping them in front.

With their opponents so battered with injury it looked like the tournament hosts were going to get the win.

Gareth Davies had other ideas.

Watching England v Wales from #RWC2015 again. Dan Biggar was so good and that kick through from Lloyd Williams for Gareth Davies' try was brilliant.

The fateful moment that sunk ultimately sunk the English came in the 70th minute with Welsh legend Alun Wyn Jones pulling the ball back – allowing it to go wide to Dan Biggar.

We see the Welsh maestro throw a majestic miss pass out wide to Jamie Roberts that unlocks the home defence.

Roberts races away down the touchline before unleashing teammate Lloyd Williams down the left wing.

The stand-in winger shows fantastic spacial awareness under huge pressure from the covering defence to kick across field for Gareth Davies to chase onto.

What follows is the greatest pickup under pressure we’ve ever seen.

The Wales scrum-half manages to scoop up the bubbling ball with his fingertips before rolling over under the posts in a score that drew the visitors level.

The video below showcases this brilliant piece of skill from Davies.

What a moment. What a game!