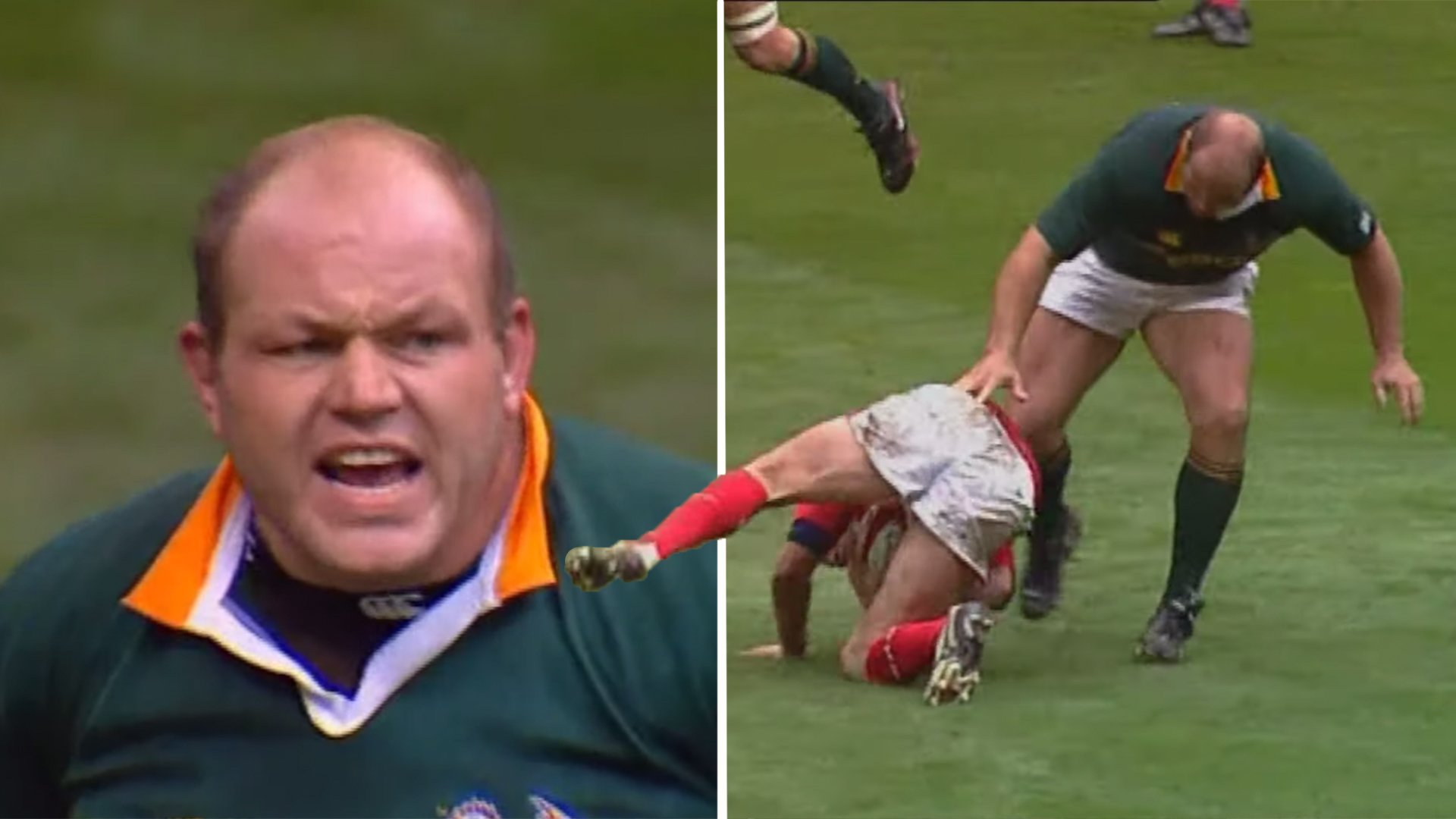 Many rugby fans will have heard of Springbok legend Os du Randt. The man-mountain prop made a name for himself for changing how the role of props in rugby functioned. He is the best prop in rugby history!

A video has been made showing his incredible history in the sport, documenting his remarkable comeback in the sport. From winning the Rugby World Cup in 1995, he stayed in the sport all the way up until 2007 where he won the World Cup then as well.

Os du Randt was a massive player physically, and he changed the role of props in rugby. Before he came around, props were known for scrummaging and that was it. He played like a flanker with massive carries and runs. But his scrummaging was still world-class!

Os Du Randt was known for transforming the role of props in rugby through his high-intensity training.

This video documents how he managed to comeback in rugby, getting through a whole host of injuries to become the most legendary prop in the sport!

This brilliant video documentary by Real Rugby shows just how incredible his comeback in rugby was!

What has the Springbok legend done since retiring from rugby?

Retired from rugby following the 2007 World Cup success, becoming the first South African to win two world titles. Had coaching stints with the Cheetahs and Springboks in 2009 and 2010, but is now involved in TopTrim, a company which manufactures fitness and nutrition products and encourages active lifestyles. Will be one of six new inductees into the World Rugby Hall of Fame next month.

When interviewed, du Randt said “I would have to say that I never thought I would bow out in a World Cup final, when I called it a day in 2000. To begin with a world title and to finish with another would be a real accomplishment, a memory that I will cherish for ever. I dedicate this to my best friend, Alex.”