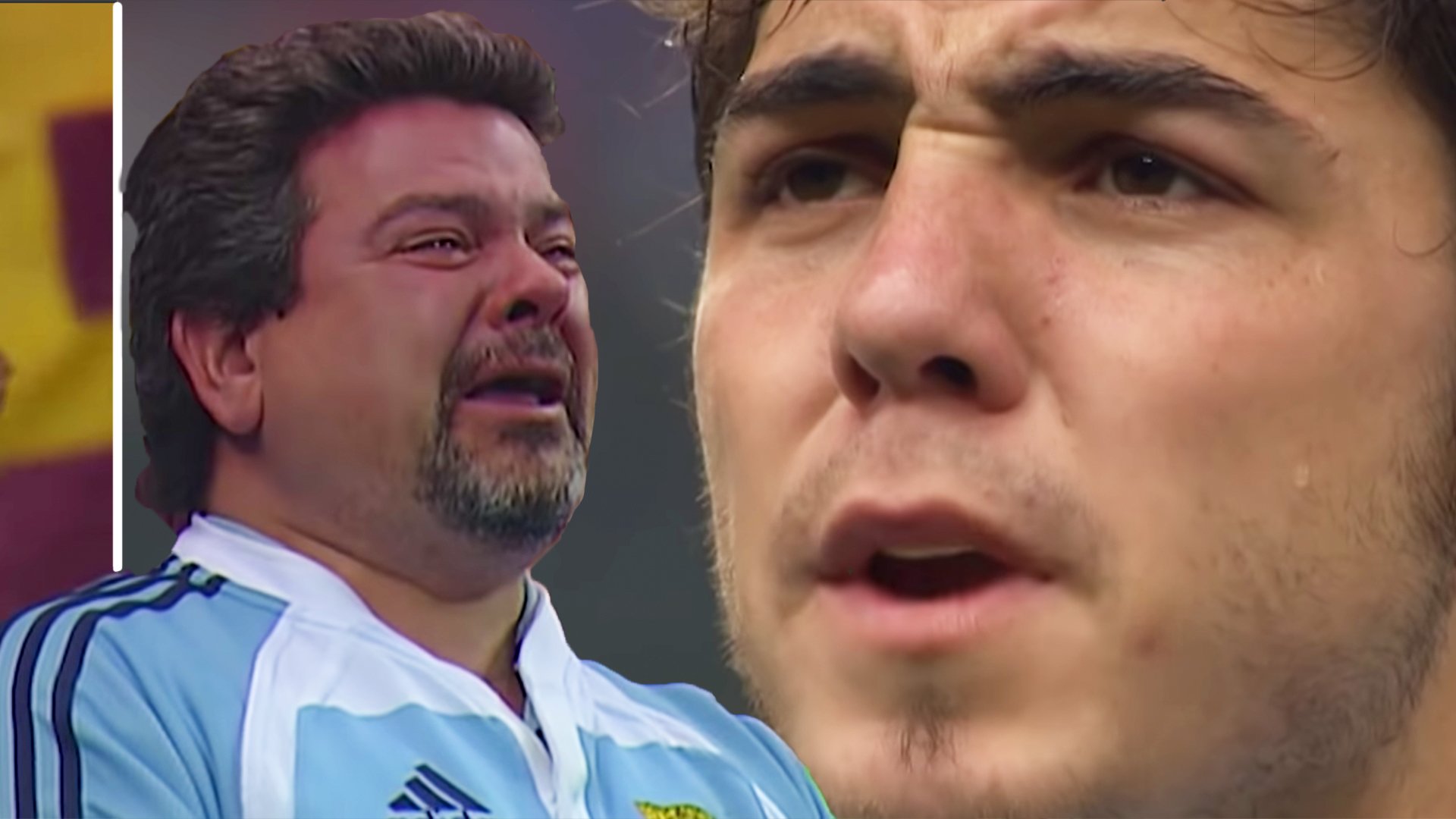 The Argentina team of 2007 was something else.

This was the game that propelled the Pumas into the top tier of rugby heavyweights.

The new footage shows the teams line up for the anthems and boy was it intense.

The emotions on show were rawer than a prime fillet of Argentinan beef as the players begin to sing ‘Libertad!’

We see as the whole team is reduced to tears with some squad members struggling to hold it all together.

The camera pans to the vast Stade de France crowd and we see as fully grown men weep in the stands before this epic World Cup encounter.

Check out the epic passion overload below

Gonzalo Quesada is back in charge at Stade Francais, the troubled Parisian club recruiting their former coach in the hope he can revive the glory days that include Top 14 success in 2015 and the European Challenge Cup in 2017.

Quesada last year guided the Buenos Aires-based Jaguares to a first-ever Super Rugby final and with Stade in turmoil after the unravelling of the Heyneke Meyer project and the exit of the divisive South African last November, owner Hans-Peter Wild has convinced the Argentine to return.

Such a move was deemed unlikely at the start of this year as Quesada wanted to build on the excellent progress he had made with the Jaguares, who would have been 2019 champions but for defeat in the final at the home of the New Zealand-based Crusaders.

However, the outbreak of the 2020 season-stopping Covid-19 pandemic and the decision by a number of Argentina-based players to seek out contracts abroad left Quesada more open to an approach and he will now become head coach at the French club and work with Laurent Sempere and Julien Arias, the pair who have been at the helm since the ousting of Meyer.

A club statement announcing the recruitment of their former coach read: “It is with immense pleasure and great pride that Stade Francais announce the return of Gonzalo Quesada, winner of the Top 14 in 2015 and the European Challenge in 2017.

“Our capital club will count on the great experience and enthusiasm of its new head coach to start a new cycle and return to sporting success. Former player and then coach of Stade Francais, Gonzalo knows perfectly the culture of the club and the requirements of the Top 14.