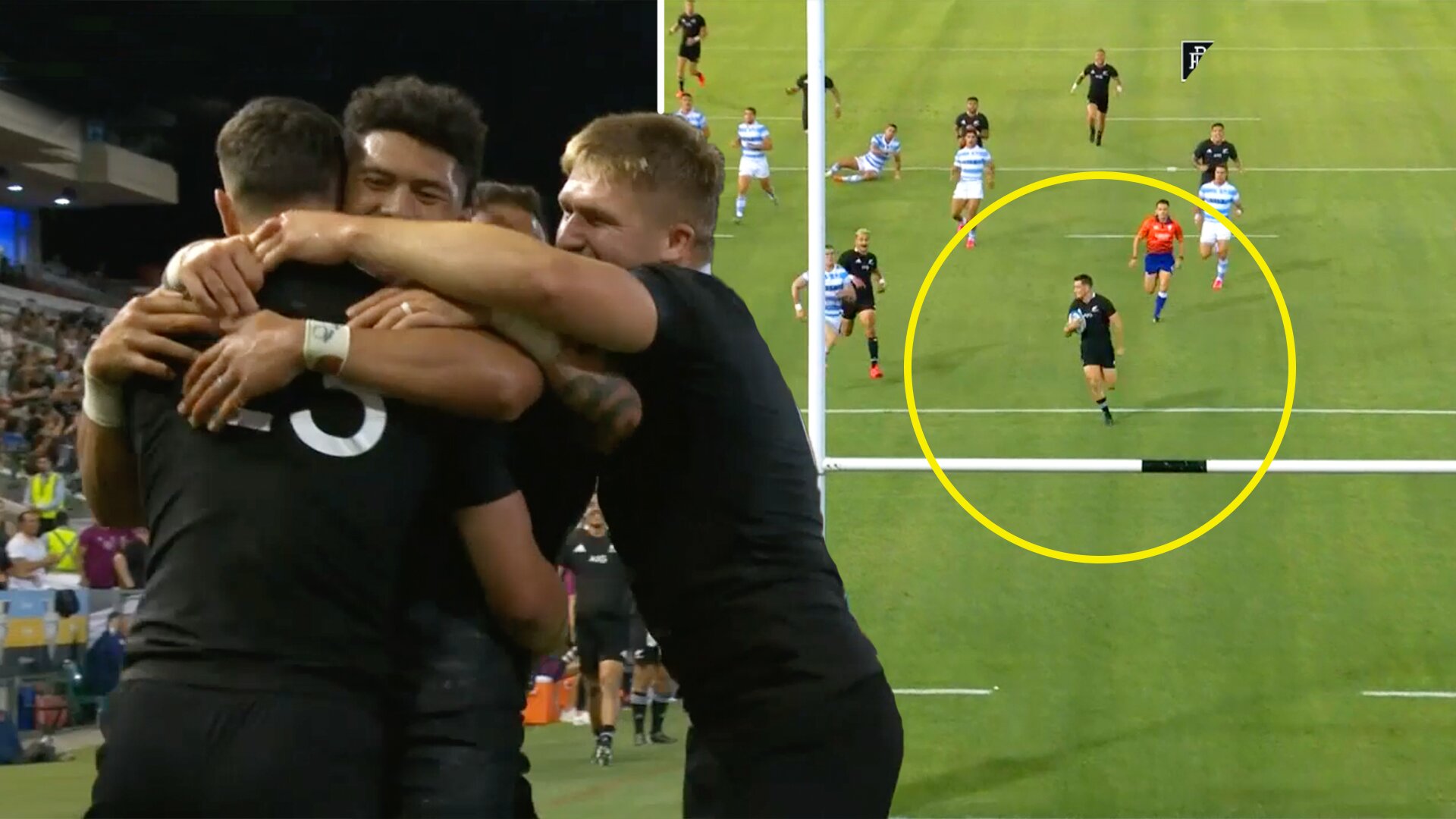 The All Blacks banished the nightmare of two weeks ago as they beat Argentina in the Tri-Nations this morning and Will Jordan was at the centre of all the action.

A fortnight on from a historic second loss in a row at the hands of Los Pumas the three-time World Champions responded with a dominant win over their South American counterparts in Newcastle, Australia.

One man who stole the headlines in this clash was that of 22-year-old Will Jordan.

Jordan had been a revelation this year in Super Rugby Aotearoa and has carried across his form onto the international stage.

In what many predicted to be a close-fought encounter, we watched as New Zealand started strongly with hooker Dance Coles going over in the corner early to score for the All Blacks.

Watch the opening try of this Tri Nations clash below.

The rest of the half was a cagey encounter that was dominated by the All Blacks. They looked to press the Argentinian line for much of the half with the Pumas holding out for long periods.

Eventually, the pressure told as Ardie Savea went over from close range off of a neat lineout move.

Caleb Clarke has been the star name for New Zealand since the international rugby restart with Will Jordan waiting in the wings. He more than took his opportunity here though after scoring off of his first touch in Newcastle tonight.

Just minutes later he was on the scoresheet again with another opportunistic try off of a loose Pumas pass.

We see as he races away to score in the corner to cap off a brilliant double on the night. Look at the pace on the man!

Two tries in two minutes for Will Jordan. What a player! pic.twitter.com/XxYKDbMOGU