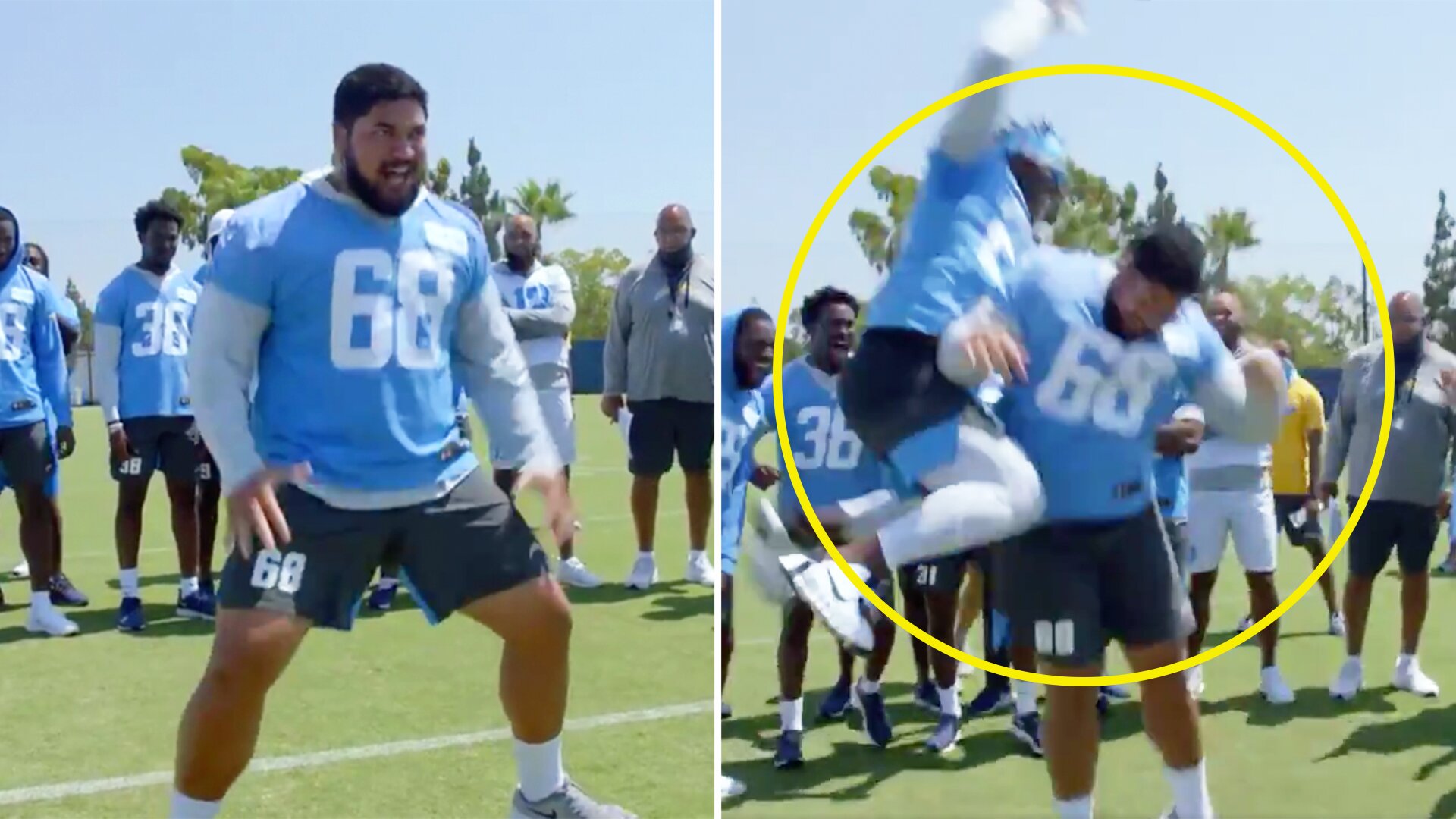 A video by the NFL has gone viral this weekend with a number of American footballers taking on the world-renowned New Zealand ‘Kamate’ Haka.

We see as the video by NFL films has already amassed over 136,000 views with the LA Charger’s renditions of the world famous New Zealand war dance.

In the stunning new video, we see the defensive linesman of the Chargers, Breiden Fehoko, as he leads the players in the rituals.

The 132kg powerhouse gives a rousing performance with his teammates flanking him on either side, they clearly aren’t as adept in the haka as he is – but that doesn’t stop them from getting hyped up to the high heavens.

Fans have speculated that this is actually a far better rendition of the age-old war dance than that of the All Black’s rugby team. One fan commented this on the video posting.

“Now THIS is the intensity the haka should be performed at. No wonder the English trounced New Zealand at the World Cup – if you’re going to throw down the gauntlet before battle it has to be like this, not the ridiculous display we saw in Japan last year.”

After reading this comment we have to personally agree. It does seem that these guys have nailed the true ferocity of what the haka should be.

Was this the intensity that the haka should truly be performed at? We’d love to hear from you.

Sam Cane’s first Bay of Plenty outing in four years will headline a short-lived throwback as the freshly-named All Blacks return to their provincial roots this week.

With the All Blacks schedule not due to be confirmed until later this week Ian Foster’s 35-man squad departed Wellington to link with their respective Mitre 10 Cup teams.

While crowds cannot attend the opening weekend, the All Blacks are available for the first two rounds of the provincial season which gets underway on Friday night in Albany.

The presence of New Zealand’s elite athletes scattered throughout the country’s 14 unions will end a drought for many players.

All Blacks captain Cane last played for Bay of Plenty in 2016 after tearing his hamstring against Argentina, while Beauden Barrett last pulled on Taranaki’s amber and black in 2012.

After almost one month on the sidelines, which included sitting out the North South fixture, Cane has sufficiently recovered from the nasty head knock he took when colliding with Jordie Barrett’s hip while playing for the Chiefs against the Hurricanes in Wellington.

Reporoa-raised Cane is now relishing the chance to return with Bay of Plenty against the Barrett brothers in Inglewood on Sunday.