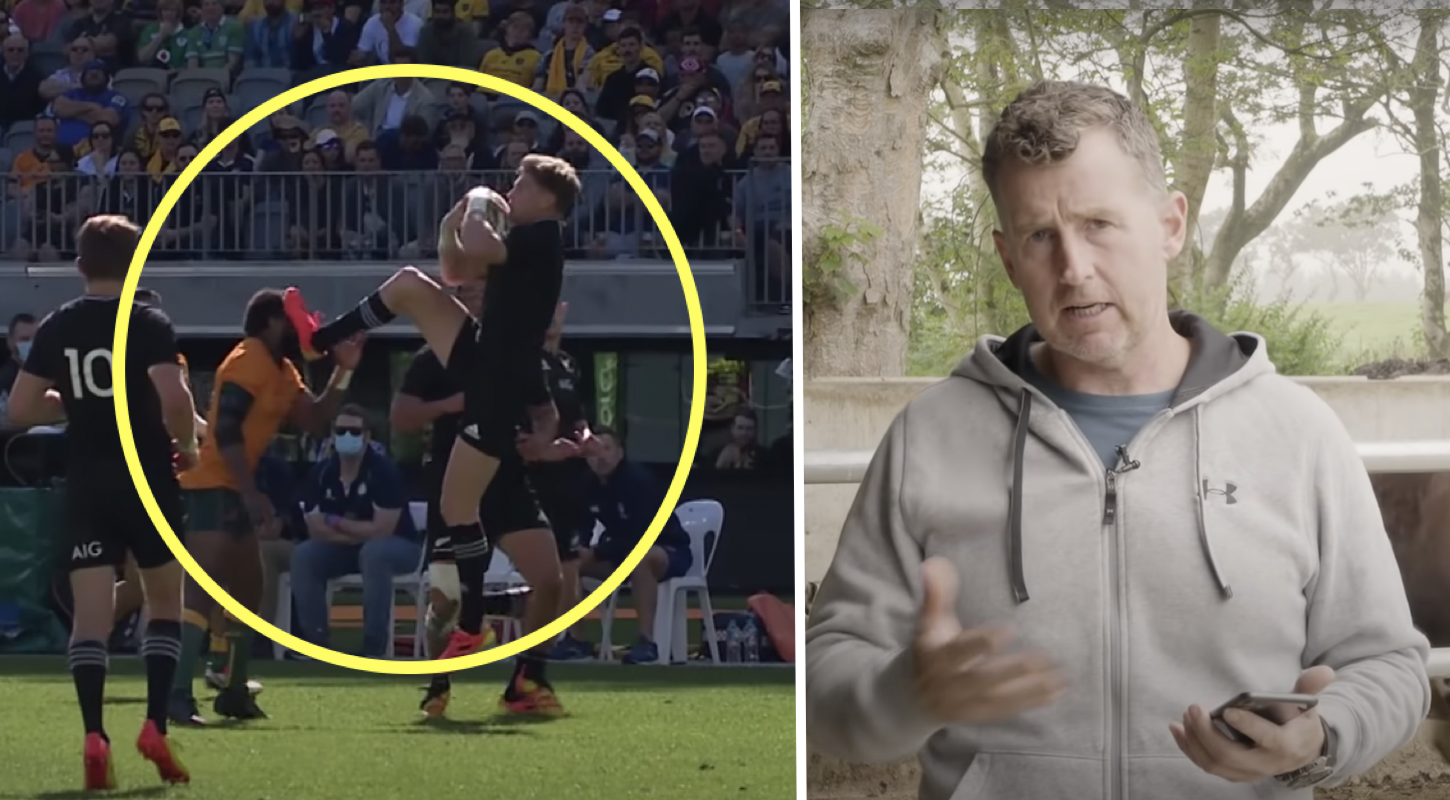 It is not often in rugby that a player kicking another person in the face could prove to be so divisive, but Jordie Barrett’s red card at the weekend has been just so.

The All Blacks fullback lifted his foot while catching a high ball in the Bledisloe Cup third Test on Sunday, striking Wallabies winger Marika Koroibete in the face, and was subsequently dismissed. The red card has since been expunged from his record.

Fortunately Nigel Owens has given his take on the incident on World Rugby’s Whistle Watch this week not only as the most experienced Test referee the game has ever had but also as a “very, very average fullback”.

“Right, Jordie Barrett red card, was it a red card, yes or no? the refereeing centurion said.

“Let me tell you now then what I would have been doing. I’m very similar in what the referee had done in deciding it was a red card.

“So when a player jumps up in the air to catch the ball, if then there’s a complete accident and his knee or foot makes contact with the player’s head or face, if there is nothing malicious, reckless or intent in that, then there would be no foul play.

“So what I would look at, or what you would need to look at to make a decision about whether it is a red card or not is this: does Barrett by jumping up in the air, when his foot goes out and makes contact with the Australian player’s face, does he do an unnecessary act? So basically, does he put his foot out needlessly and not in the natural way of catching a ball? That’s all you need to decide. I’ve looked at this, and my humble opinion, as a very, very average fullback back when I was in school, is that I just don’t like that last flip of the foot up in the last action he does, and to be honest with you I would probably be looking at a red card as well.

“I can also understand that if you think it’s natural in what he did, he just jumps up and that’s what happens naturally, then it shouldn’t be a red card. I’m not quite sure that’s the case though.”