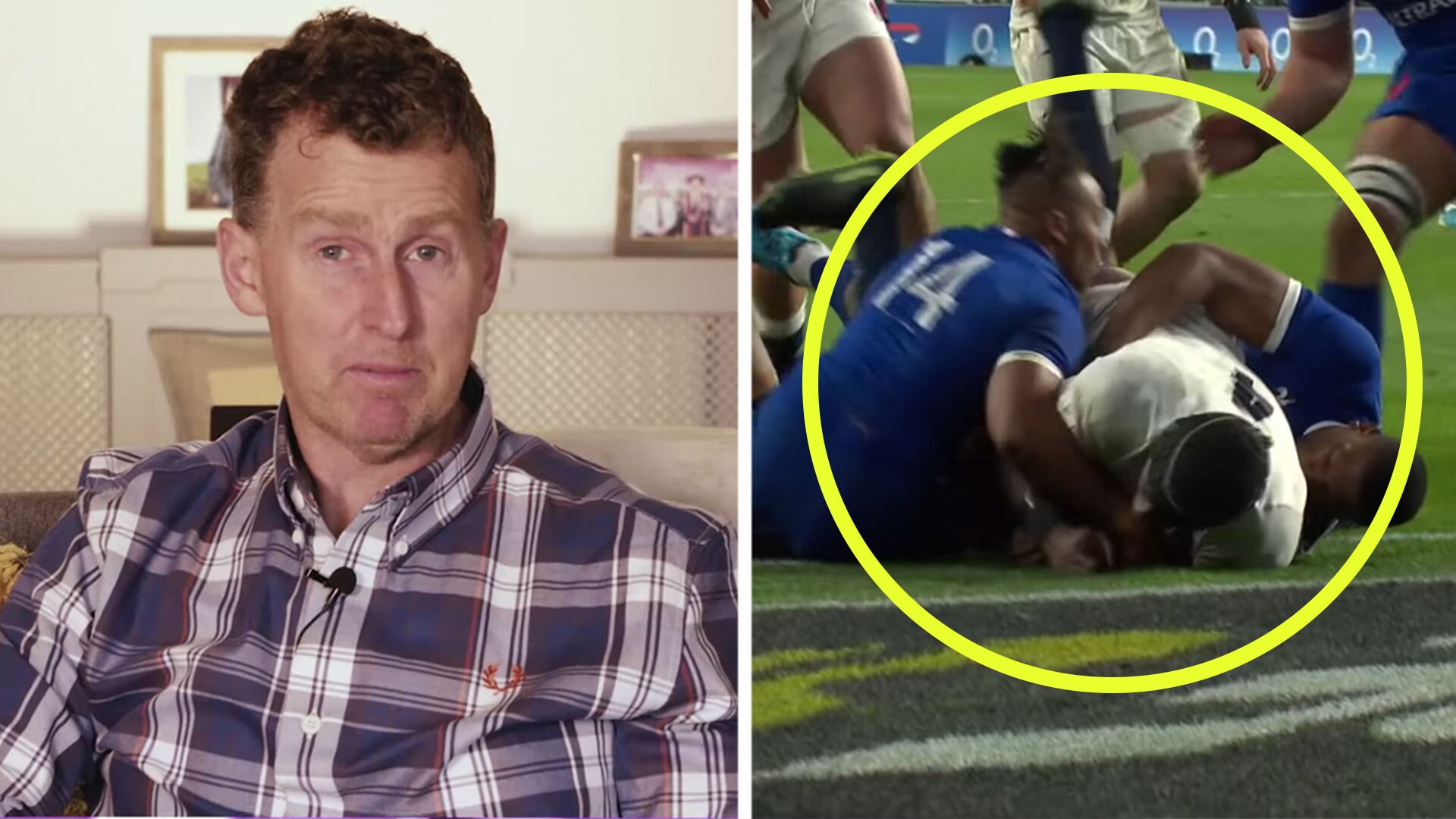 Rugby referee legend Nigel Owens gives his opinion on whether the Maro Itoje try should have in fact been given?

Nigel Owens is known for being one of, if not the best ever rugby referee of all time. He has recently been giving some brilliant analysis for World Rugby, looking back on his time as a referee as well as examining some of the current rugby topics through a refereeing lense.

On this week’s show, Nigel Owens looked at the Maro Itoje try vs France in the Six Nations, which many deemed was not over the line.

Rugby television match official Joy Neville received a lot of flack on social media directly after the game for her involvement in giving the try.

Hes openly addressed in his own unique way whether he thought that it was a try or not when he appeared on the show which is called ‘Whistle Watch with Nigel Owens’.

The Welshman spoke brilliantly about how the laws have changed in recent years which make things a lot easier for the referee. He spoke about how in the past, referees had to make an ‘on-field decision’, but now this is no longer the case and they can rely purely on the referee.

He also addressed the Dan Biggar controversy in the match between Wales and Italy in the same weekend. He surprisingly came to the defence saying that it was clear in his eyes that Dan Biggar went low into the challenge and that therefore the clearout was legal.

We’re not too sure about that Nigel but we have to admit that you probably know better than us!

England take on Ireland in the final round of the Six Nations this weekend, while France and Wales are locked into yet another crucial match to see if the men in red can clinch a Grand Slam! It all makes for a very exciting weekend in rugby.