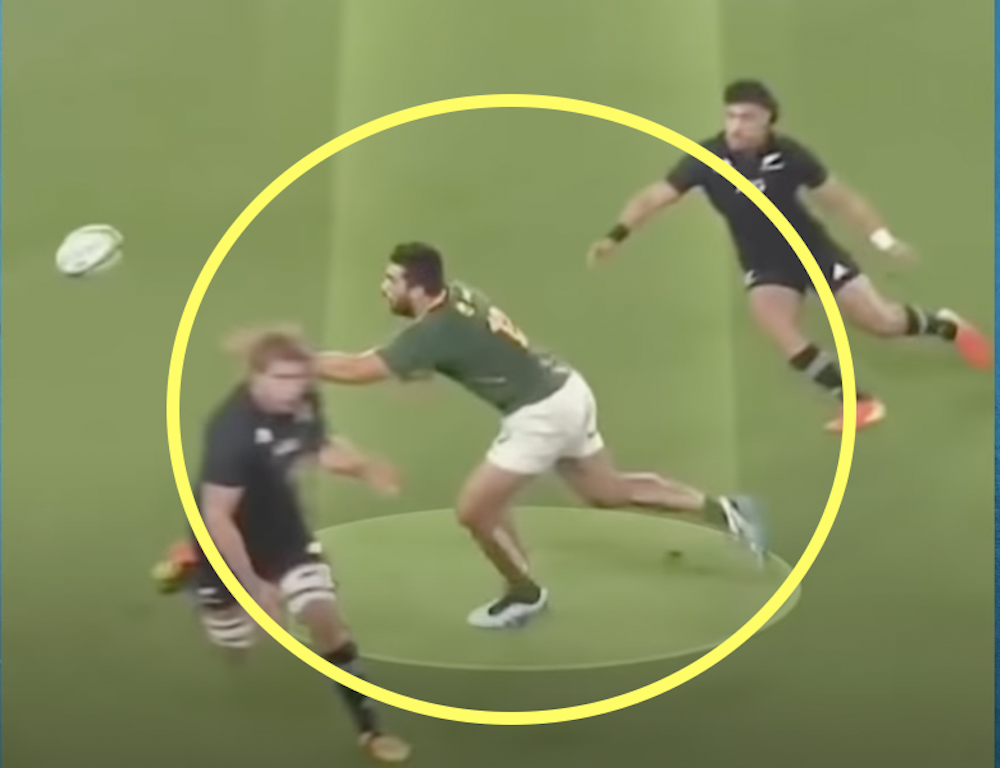 South Africa centre Damian de Allende fell on the wrong side of the Law against the All Blacks on Saturday when he was penalised for a deliberate knock-on.

This has been widely discussed since then, as many people feel the Springbok was aiming at catching the ball rather than simply stifling the attack. After all, had he caught the ball he only would have had a matter of metres to run to the try line.

Well, Nigel Owens has given his verdict on the decision in World Rugby’s Whistle Watch this week. The refereeing centurion said that he can understand why de Allende was penalised, but has a lot of sympathy for him. This suggests there may be something wrong with the Laws themselves rather than the referees.

“Well if you love a bit of drama, there was plenty of it in the weekend matches,” Owens said.

“Now in this instance here it’s slightly different. I have a lot of sympathy for de Allende here because for me, he tries to catch the ball. So he’s not deliberately knocking it on, he’s not just sticking his hand up to prevent the pass, he’s trying to get the ball. So it’s one of those harsh ones in my view, but the way that referees are refereeing it, I can understand why a penalty was given.”