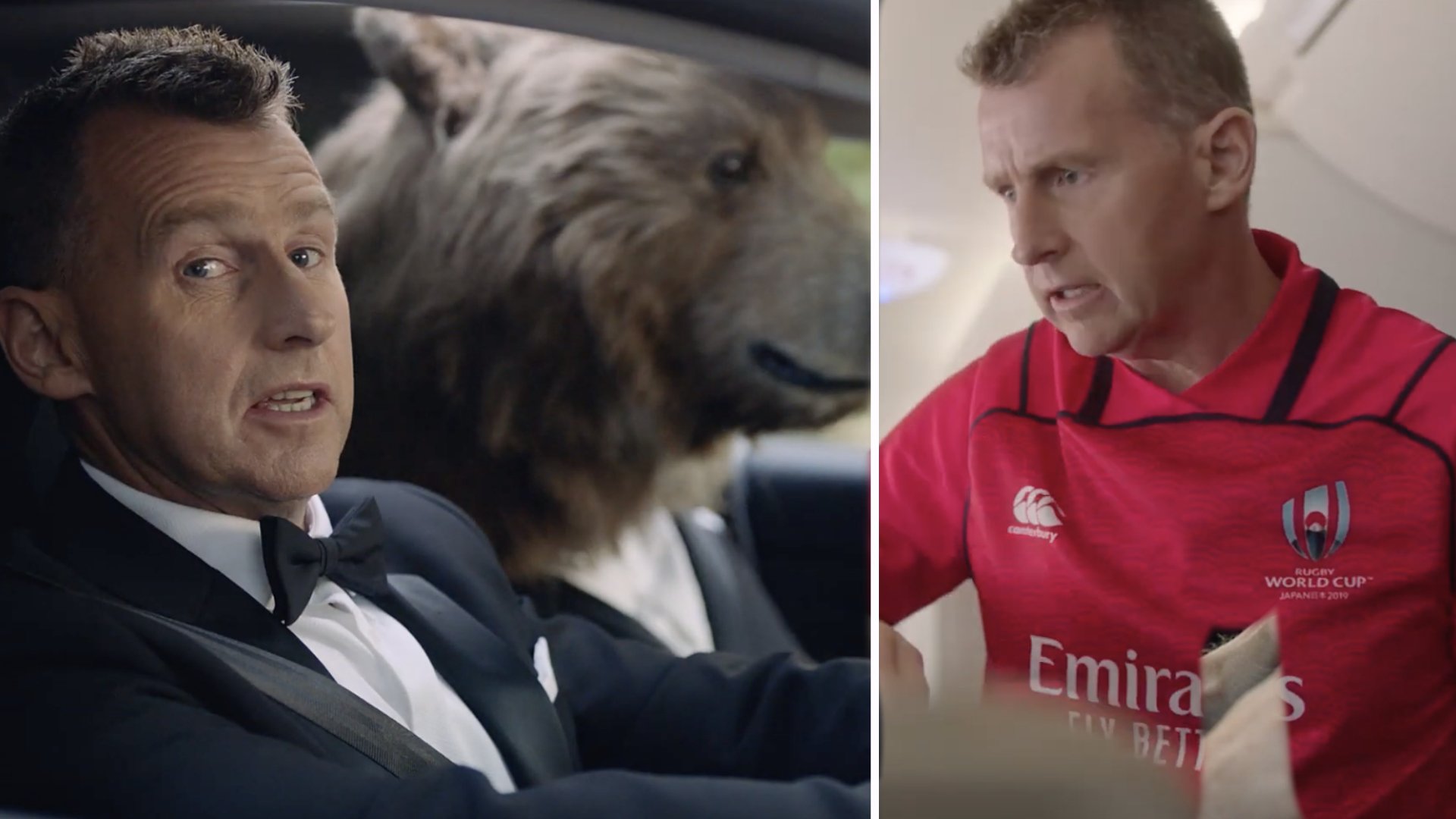 Nigel Owens is simply brilliant in these multiple World Cup ads for Emirates and Citroen.

The Welsh referee is known for his no-nonsense referring and common sense approach to our beautiful game. Owens was certainly more light-hearted in these adverts for the car company Citroen and the airline company Emirates.

Here is the first trailer, and probably our favourite one…

The trailer involves Owens having some fun with a bear, yes a bear. World Cup ads really are good fun aren’t they especially when you have the likes of this guy on top form.

The Emirates advert is far shorter but plays more into Owen’s reputation as a sharp-tongued referee that will send anyone off no matter who they are.

Nigel Owens refereed his first World Cup match in the game between Japan and Russia on Friday and he had a good game to say the least.

The memes were fantastic from that match, which we know you all love.

The Emirates ad was great and here it is. We have a feeling that there are more of these Emirates trailers involving Owens but we can’t seem to find them just yet.

Nigel Owens will be a sure fixture as the World Cup goes on and we’re sure that we will be sharing more content from the referee as the tournament goes on.

In other news: Wallabies dispatch Fiji

The Wallabies have opened their Rugby World Cup 2019 account with 39-21 victory over Fiji in Sapporo on Saturday.

The men in gold eventually ran in six tries to two over their Pacific neighbours but they were made to work by the Fijians who took a two-point advantage into halftime and extended their lead with an early second half try.

Fiji came out in predictably physical fashion, mixing in big hits in defense with some powerful carries and flair in attack to open up a 21-12 lead after 45 minutes.

But as the second half wore on, Michael Cheika’s men found their spark and turned around a mistake-ridden start to pile on the points and run away with an important bonus-point win.

The Australians scored two first half tries, the first by skipper Michael Hooper who barged through would-be tacklers for his, before Reece Hodge finished neatly in the corner of some slick hands for Australia’s second.

But those tries weren’t good enough to give the Wallabies the lead at the break, with Fijian standout Peceli Yato registering the first five-pointer inside 8 minutes of play and Ben Volavola landing three penalty goals to send Australia to the dressing rooms down 12-14.