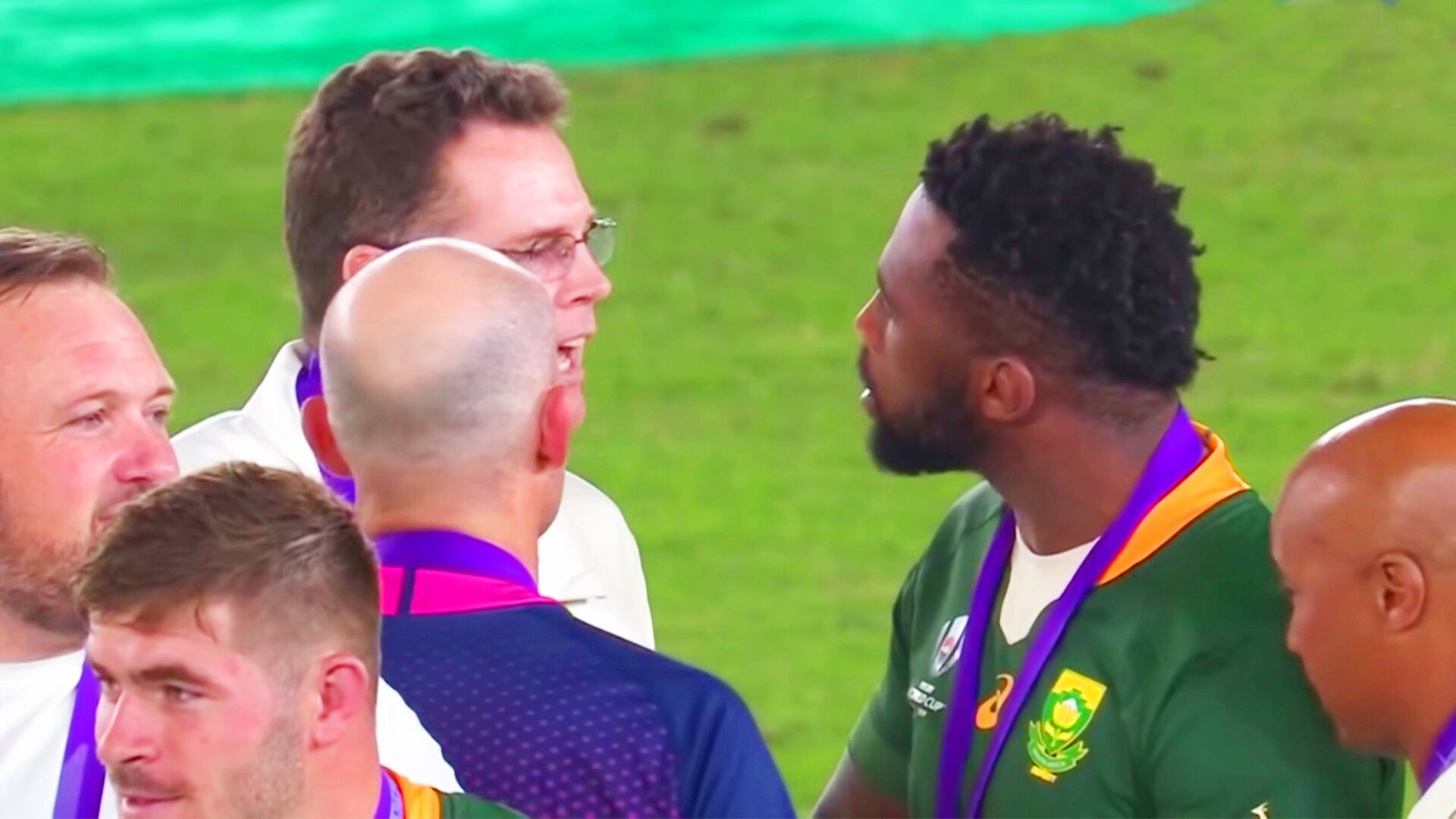 An eagle-eyed follower has sent us in this footage from just after the Springboks World Cup final medal ceremony in Japan last year.

Millions of South Africans watched these amazing scenes as their countryman picked up their third Webb Ellis Cup – but this altercation between the side’s coach and captain seems to have gone under the radar.

This is genuinely a terrifying read

To this day, it is remembered as one of the most infamous training camps in rugby history. https://t.co/a4Z1gsPTjS

The moment comes after the victorious team have picked up their gold medals after a stunning 12-32 victory over England.

We watch as the players all receive their mementoes of this historic event and take their places on the stage together. Coach Rassie Erasmus is at the back with the rest of the coaching staff.

We then see as captain of the Springboks, Siya Kolisi, goes around the back of the stage to confront his manager.

Commentator Martyn Williams sums up pretty well what appears to be happening here as Kolisi comes up to speak to Erasmus.

You can see how disappointed Kolisi is as Erasmus refuses despite the flanker’s pleas. What a special bond this team had.

In the end Kolisi stood forward on his own to accept and lift the Webb Ellis Cup in what went down as historic image in rugby history.

We can see Erasmus in this video soon after the trophy is lifted to cheers from the Yokohama crowd. The Springbok coach remains at the back and is hugging Frans Steyn and holding his medal aloft.

Erasmus clearly wanted his players to shine in the limelight after a breathtaking World Cup final performance.