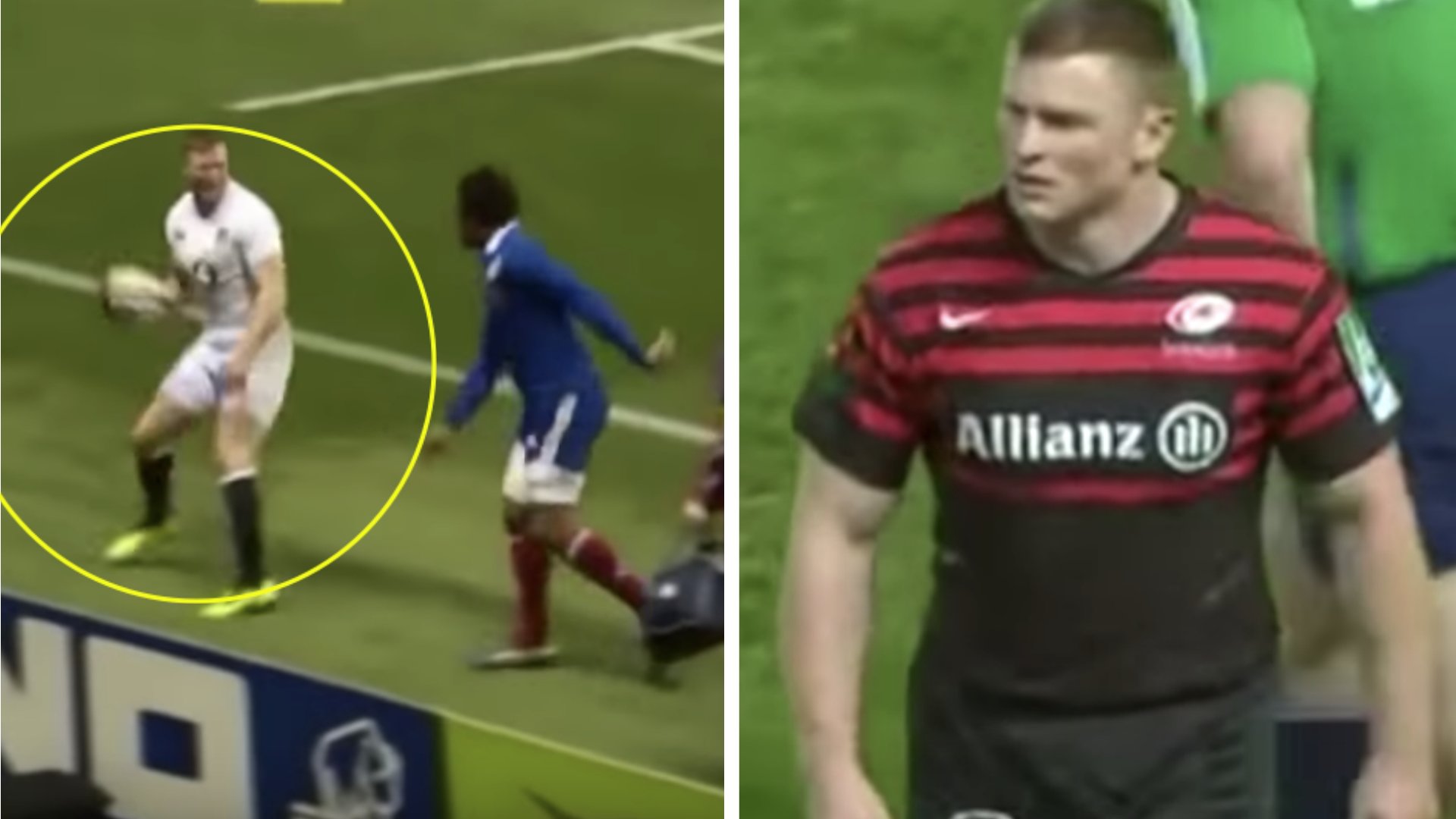 It only seems like a few years ago since the media were all talking about Chris Ashton.

Once the darling boy of English rugby, the former England winger used to be a regular on England’s win between 2010-2014. Ashton fell out of favour under previous coach Stuart Lancaster and current coach Eddie Jones and he now spends his days playing for English club Sale Sharks.

If you don’t know much about Ashton if you’re a new fan, then you need to know that he was once the hottest thing in English rugby. His “Swan Dive” celebration was massively divisive back in 2011, with English fans loving it and non-English fans thinking has was a Class A… Ashton celebrating a try at the 2011 World Cup.

Since then, however, Ashton has played for the likes of Saracens, Toulon and Sharks, scoring regularly on the wing for those teams but also not being far from controversy.

Ashton made a name for himself for being a bit of a clown off the pitch, and off the field he can wind players up VERY easily.

If you look at this video that Rugby YouTuber Andrew Forde has made then you can see exactly why Ashton has that pantomime aura around him as to whether you love him or hate him.

He has the ability to always get into the middle of any fight or scuffle that breaks out in a match despite him not being on of the biggest players on the field.

Just look at this video here and tell us if you think he is a thug.

We’re personally not sure what to think of Ashton in this, he is clearly a massively talented player but he does always seem to get on the wrong end of these conflicts.

Ashton narrowly missed out on a World Cup spot, and he recently thought that Eddie Jones didn’t like him on a recent interview with the Rugby Pod.