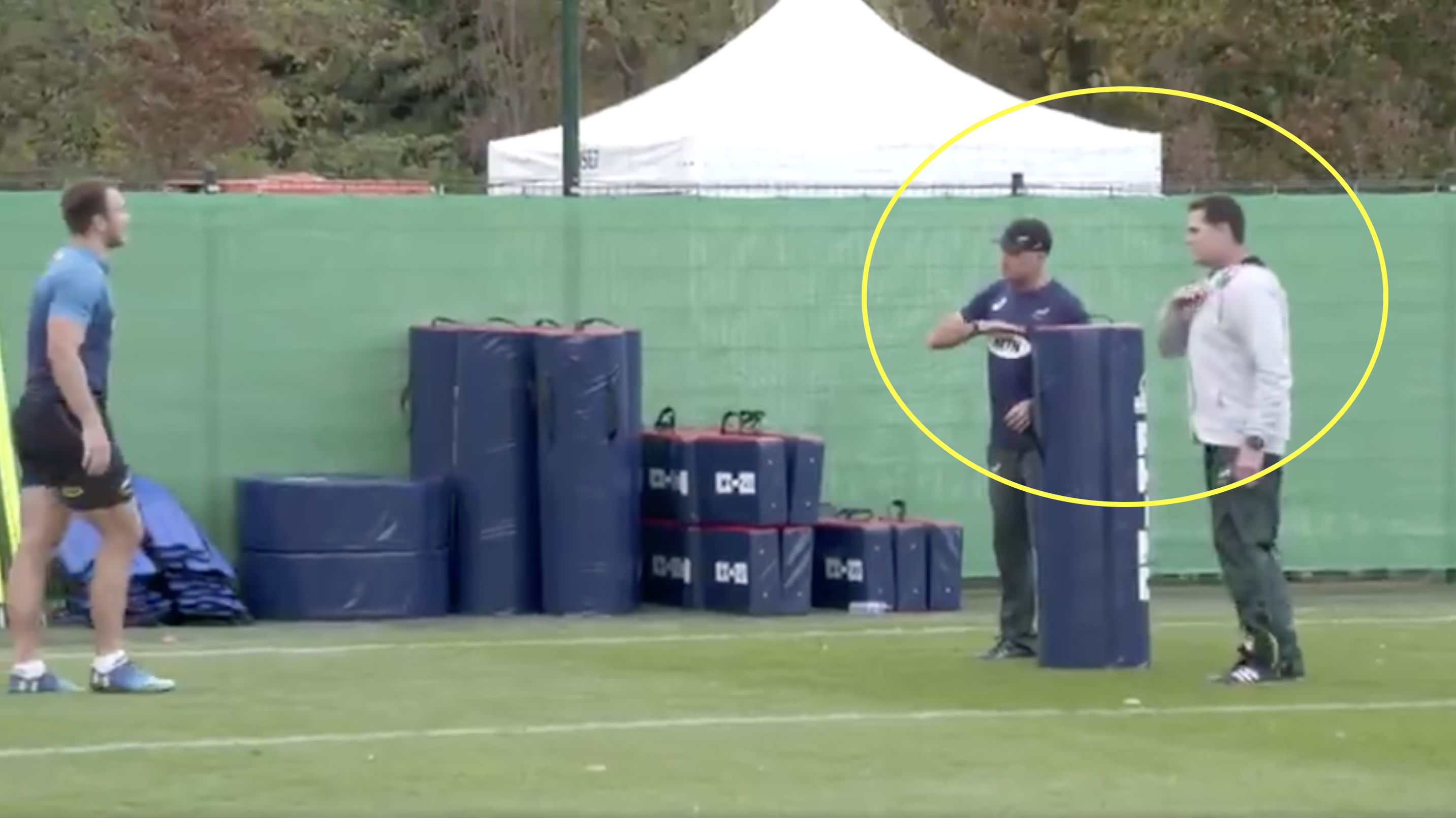 Old footage shows that these antics aren’t new for Rassie

Rassie Erasmus’ hour long video criticising the refereeing performance at the weekend has unsurprisingly stolen the headlines today, but this is not the first time he has pulled something like this out of the bag.

Yes, he has never produced a video like this before- no one has- but he hasn’t been afraid to show his disapproval over refereeing decisions in the past.

Another video has re-emerged today dating back to 2018 in the wake of Owen Farrell’s shoulder charge on Springboks centre Andre Esterhuizen. The tackle at Twickenham was made in the final play of the game and was reviewed by the match officials, who deemed there was now foul play. This denied the Springboks an opportunity to kick a penalty, and England won 12-11.

In the days following that tackle, footage emerged of Erasmus training his players to tackle high in response to Farrell’s shot. In fact, the video actually shows him telling someone who had tackled at a legal height to aim higher. This was obviously a pop at the refereeing on that occasion, but it is clear that over the past three years his line of attack has changed somewhat.

Gone are the days of training videos like this surfacing, instead he has gone straight for the jugular this week with his attack on the officiating of the first Test. Nonetheless, this is nothing new for Erasmus.