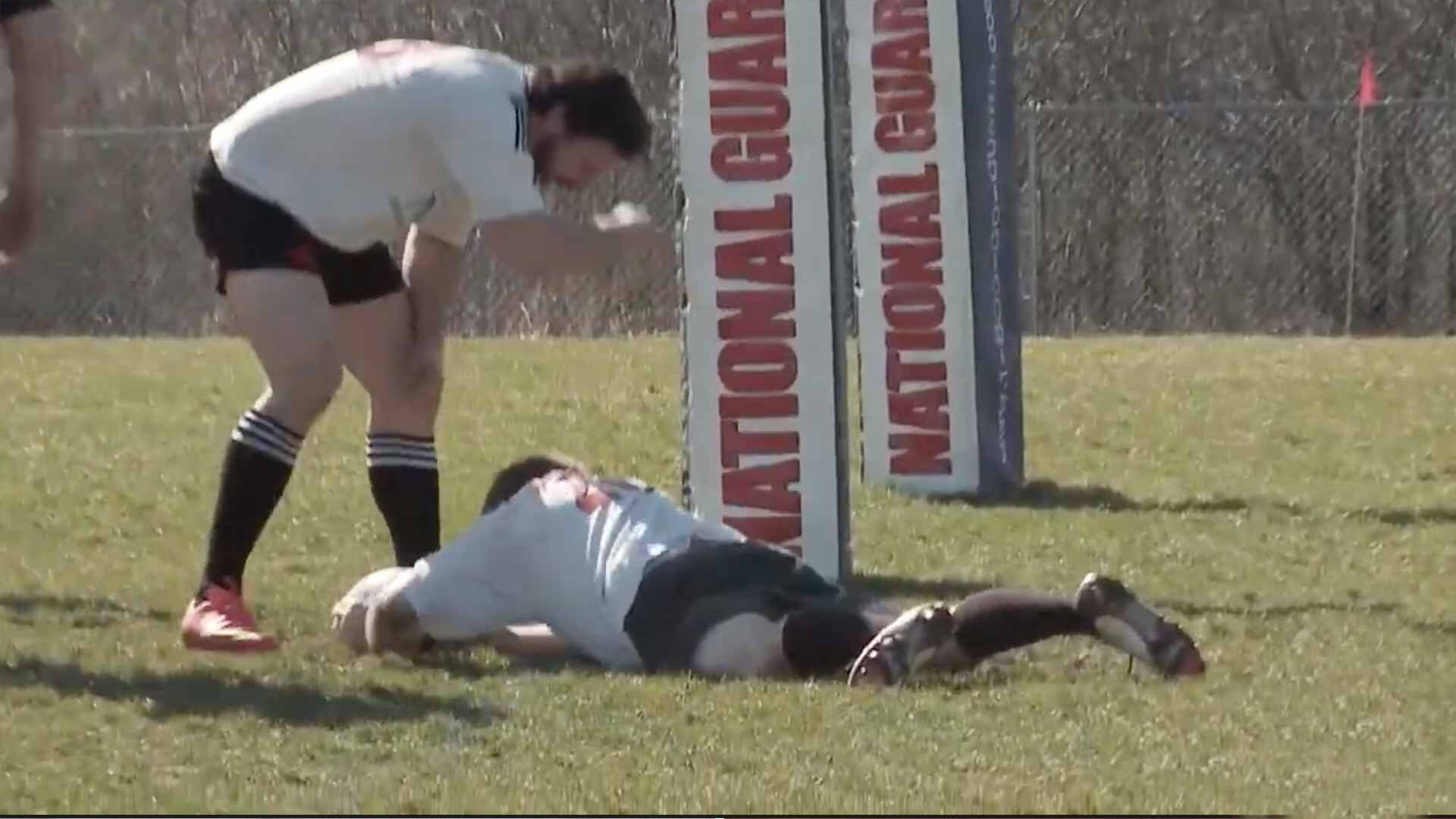 Incredible footage reveals an Old Boys Rugby team scoring one of the best ‘jouer’ rugby tries that we have witnessed. The try that was scored was distributed by RugbyDump.

The footage comes from an Old Boys game in America and it shows a match between Wisconsin Rugby Club vs Chicago Frogs. and the majority of the players are older averaging between 40-60.

Despite their age, the quality and flair displayed in this rugby match was brilliant to witness, you can see that these players in their prime would have been on another level!

Check out the flair rugby on display in this brilliant try!

In other news: Rob Howley Breaks silence on betting scandal

Rob Howley has claimed he wouldn’t wish his recent ordeal which led to his suspension from rugby on his own worst enemy. The ex-Wales assistant was sent home in disgrace from the World Cup in Japan after he was accused of placing bets on matches.

It was December when an investigation concluded the former scrum-half had placed 363 bets on games over a four-year period, an issue triggered by the alcoholism and eventual death of his sister.

He was banned from working in rugby for 18 months, the last nine months suspended, and he has now taken his first steps back in the game, securing a three-year deal with Canada that encompasses the 2023 World Cup and will also see Howley work as a consultant for the Toronto Arrows for the 2021 Major League Rugby season.

Speaking about his traumatic experience, Howley told the UK Telegraph: “It has all been traumatic for everyone involved and I wouldn’t wish it on my worst enemy. I feel as if I have been in lockdown longer than most. I have made my apologies and I accept my responsibility in it all.

“There will always be people who have a certain view of me, but I am just delighted to be able now to look forward rather than backwards. It has been a tough, tough challenge for my family especially, but after the professional help I received, I now understand the reasons behind it all and I like to think I am now a better character, a stronger person.