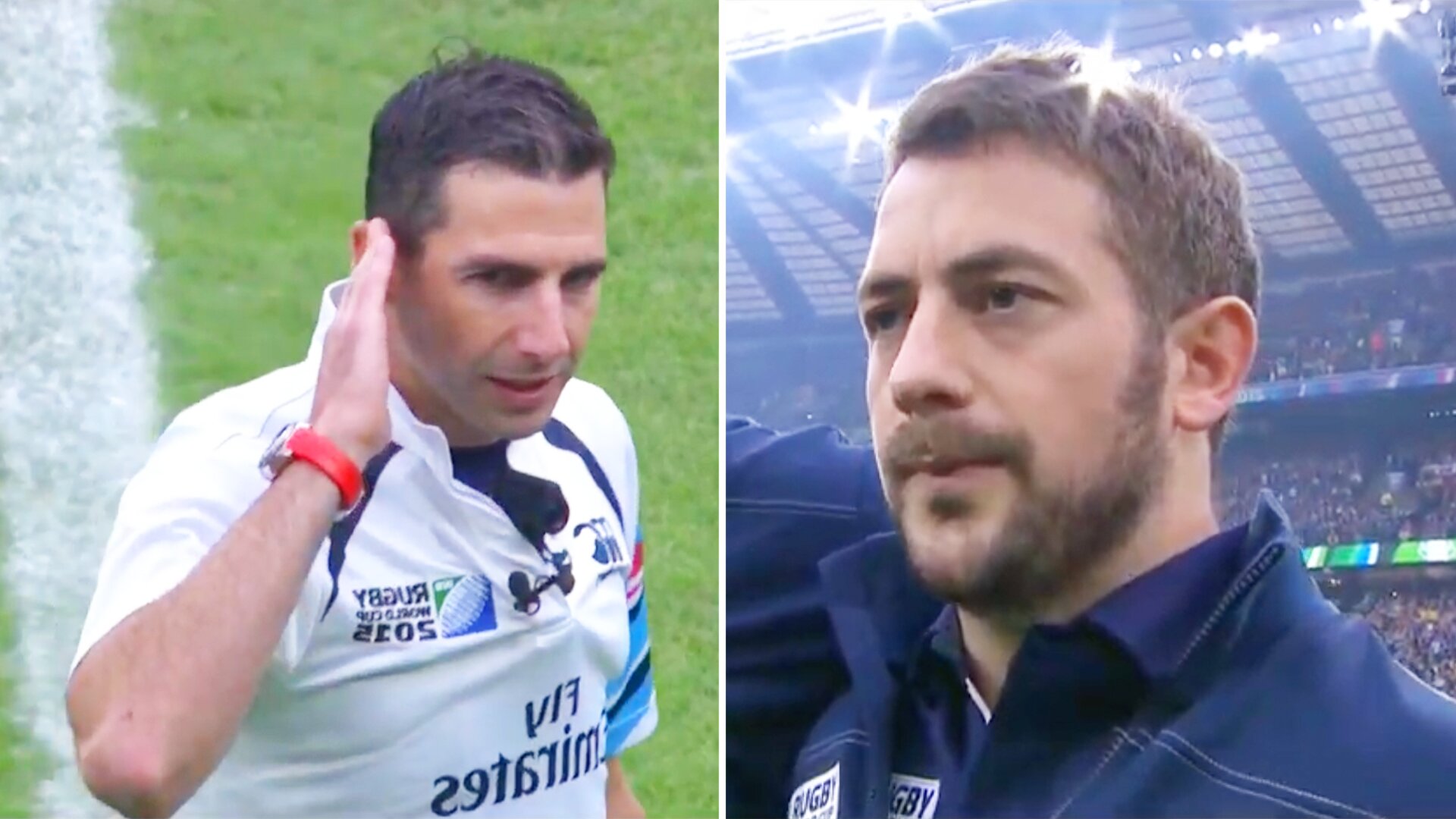 Its been almost five years since this controversial match took place but for many Scottish fans it’s too soon to relive this chapter in their international rugby history.

World Rugby has just uploaded full match footage of the 2015 Rugby World Cup quarter-final between Australia and Scotland and it’s awakened a lot of ill-feeling from that fateful day at Twickenham.

If you’re new to rugby or you lived out in the wilderness without access to food, clean water or an internet connection – then you might have missed why this match was so controversial.

Back in the World Cup of 2015, these two sides met in a crunch knockout game at the home of English rugby.

They were the last northern hemisphere side standing and were heavy underdogs in this clash.

Vern Cotter’s side fought valiantly against a good Wallaby side and found themselves in the lead with minutes left on the clock.

an image that keeps Scotland fans up at night

What followed was arguably the biggest refereeing blunder of all time that cost the Scots a place in the last four against Argentina.

Oh, what could have been.

The blunder was bad enough, seeing referee Craig Joubert sprinting off the pitch with his tail between his legs was the image that has become engrained in the minds of Scottish fans all these years later.

Was this the worst refereeing mistake in rugby world cup history?

We’ve just watched through this match whilst sipping on a delightful cool beverage whilst looking over far green country under a swift sunrise – and we really think this World Cup classic is worth a watch.