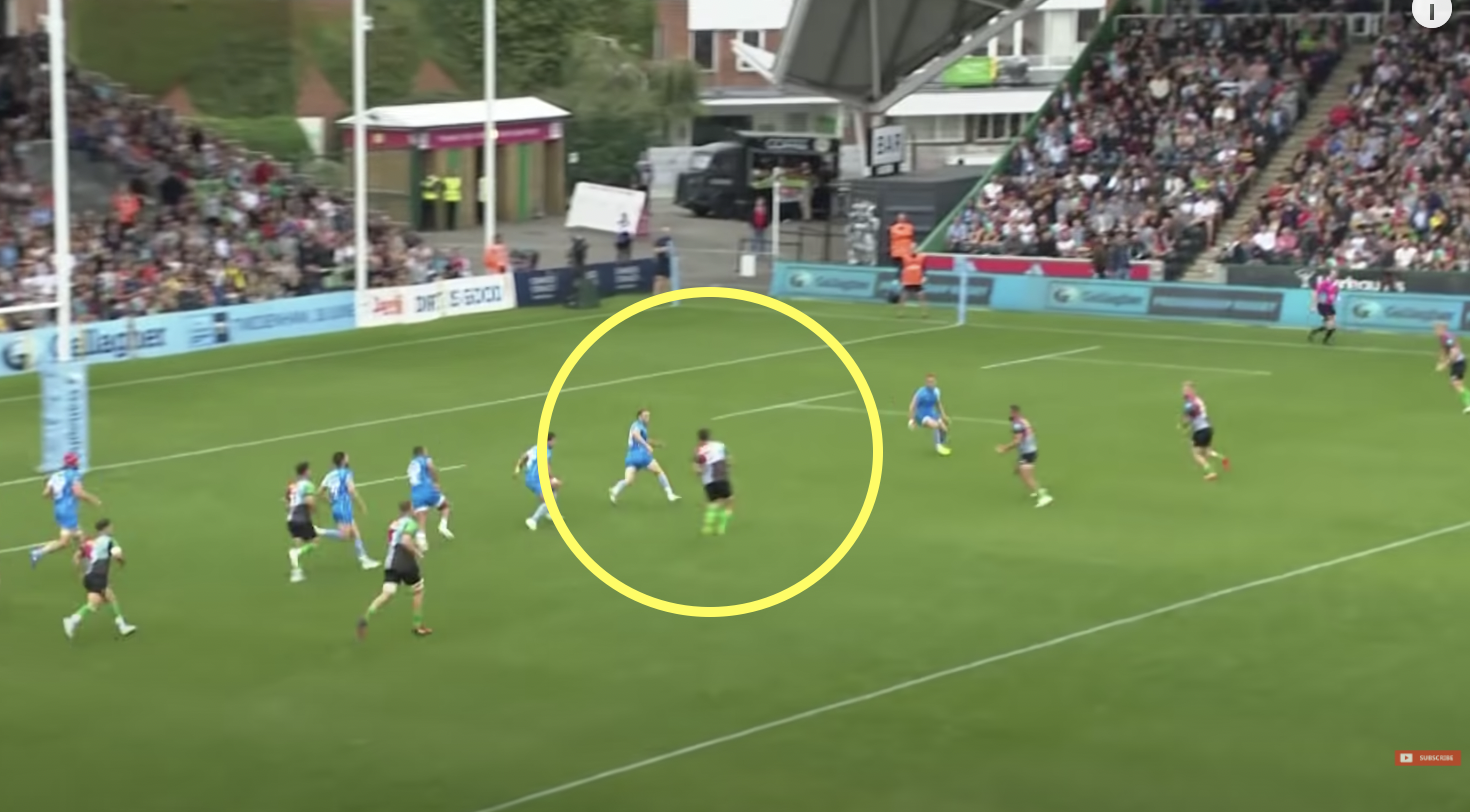 Overlooked Springbok continues to light up the Premiership

It may be over two years since Andre Esterhuizen last won a Springboks cap, but that certainly does not mean he has been out of form in that time as he put in yet another impressive display in for Harlequins at the weekend.

The South African is fundamental to the way Harlequins play, and was a key figure in their Gallagher Premiership final win over Exeter Chiefs last season, scoring a try in the final. He has brought that form into this season, but showed against Worcester Warriors that there is much more to his game than power.

Standing at six foot three inches and almost 18 stone, the eight-cap Springbok is obviously an imposing figure in the No12 shirt for Quins, but what he produced on Saturday was perhaps more impressive than any bulldozing run he could make, as he slung a left handed pass over ten metres for Louis Lynagh to score in the corner.

South African journalist Jared Wright also shared Esterhuizen’s stats against the Warriors, which shows the try assists was not the only impressive part of his display.

Take a look at the try and Esterhuizen’s stats:

South Africa’s midfield happens to be rock solid at the moment, and arguably the best partnership in the world. Damian de Allende and Lukhanyo Am have secured the No12 and No13 shirts for the Springboks, respectively. Nevertheless, Esterhuizen will still be on South Africa’s radar, and can play a similar role to de Allende at inside centre.

For now, his attention will be firmly set on Quins, who sit in second place in the Premiership, level on points with first place Leicester Tigers. They take on Bristol Bears at the Stoop on Friday October 8th, in a repeat of last season’s pulsating semi-final, where Quins overturned a 28-0 deficit to win the match in extra time.