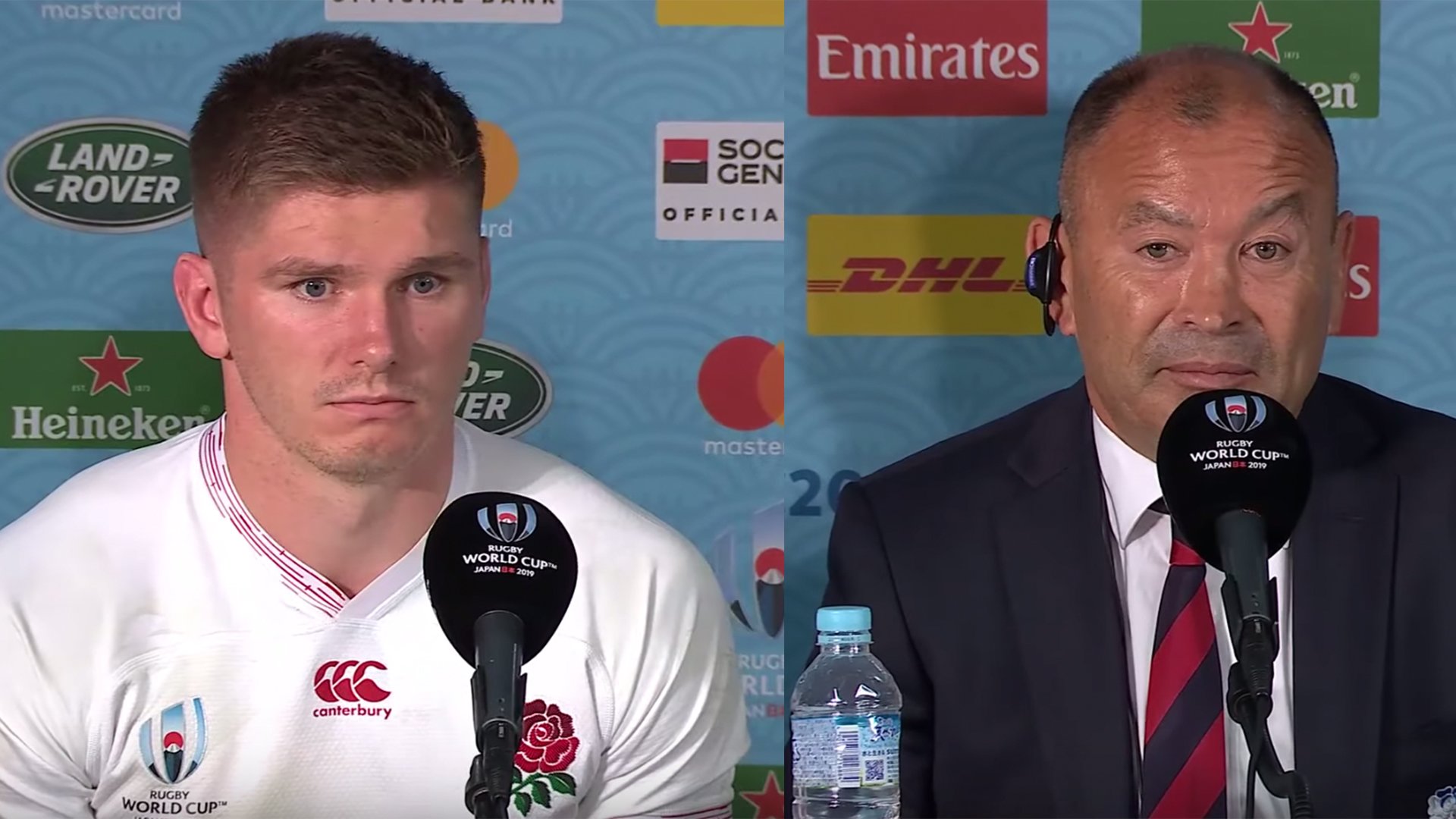 It’s been a pretty dark day for English rugby, after all the hype surrounding the team going into this match there is certainly a sense of doom around the team. Jones and Farrell trying to explain it all is painful to say the least…

South Africa have won their third Webb Ellis Cup (following 1995 and 2007), joining New Zealand on a record three World Cups. The Springboks became the first team to lift the Webb Ellis Cup despite suffering defeat at some point in their campaign. The 2019 Boks lost their opener against the All Blacks. Teams representing the southern hemisphere have now won eight of nine World Cups.

Eddie Jones and Owen Farrell faced the media today to try and and explain exactly what happened after the match.

This is what Eddie Jones had to say…

“That wasn’t the outcome we expected, mate. I don’t know about the question.

“South Africa were worthy winners, they played very well. They were too good for us on the day and unfortunately, we couldn’t get into the game. And when we had opportunities, we didn’t take them.

“It was just one of the days where South Africa were too good for us, so they’re worthy winners.”

The atmosphere was deflated to say the least as the pair tried to explain the game.

“The only thing I’m worried about now is having a few beers. And after we have a few beers today we’ll probably have a few more beers tomorrow. And then probably Monday. And then maybe we have to pull up stumps.”

Here is the video from the final press conference, it makes for pretty dismal viewing for England fans as they try and explain what happened.