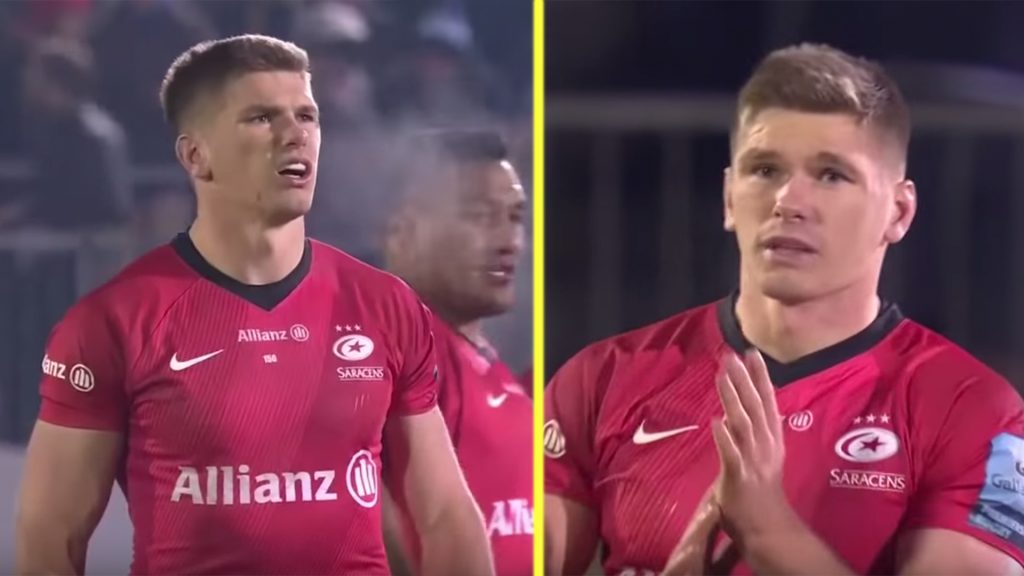 A highlight reel has just dropped on Owen Farrell’s performance against Bath last weekend. My goodness what a performance from England’s star man.

Owen Farrell was filmed shouting at a referee this weekend in the match between Saracens and Bath. This outburst should come as a surprise to nobody in rugby circles. This, however, was different.

It’s been a tough month for Faz. Going from king of the smirky bois to chump of the silver medals.

Going back from Japan to finding your team docked 35 points and given a £5 million fine. Can’t be great, can it?

Farell seemed less than pleased with the referee in the clip we released earlier in the week.

Farrell isn’t featuring for Saracens’ in Europe this season.

Farrell undoubtedly had a very strong tournament for England at 10 and 12, however, since the final he’s had a tough time of it with fans around the World relishing in him falling short.

The England players are all undoubtedly in poor spirits even now after losing in the World Cup final.

This video is proof, however, that Farrell is still at the very top of his game, with a commanding performance at 10.

He put in some massive hits and to add to that, he put a couple of brilliant passes in to unlock their defence as well.

Here is the full video that Prem Rugby released yesterday on Farrell.

Look at how clinical he is in attack and defence, no wonder Saracens are protecting him this season as they aim to stay in the Premiership.

People under the video commented saying…

He gets slated but you have to admit he is world class, probs the most aggressive 10 in the world, just a shame its not always channeled correctly haha

I’m neither a Saracens fan or an England fan but I rate Farrel as the world’s best 10 and this really proves it.

People can't get over how good Beauden Barrett is at cricket