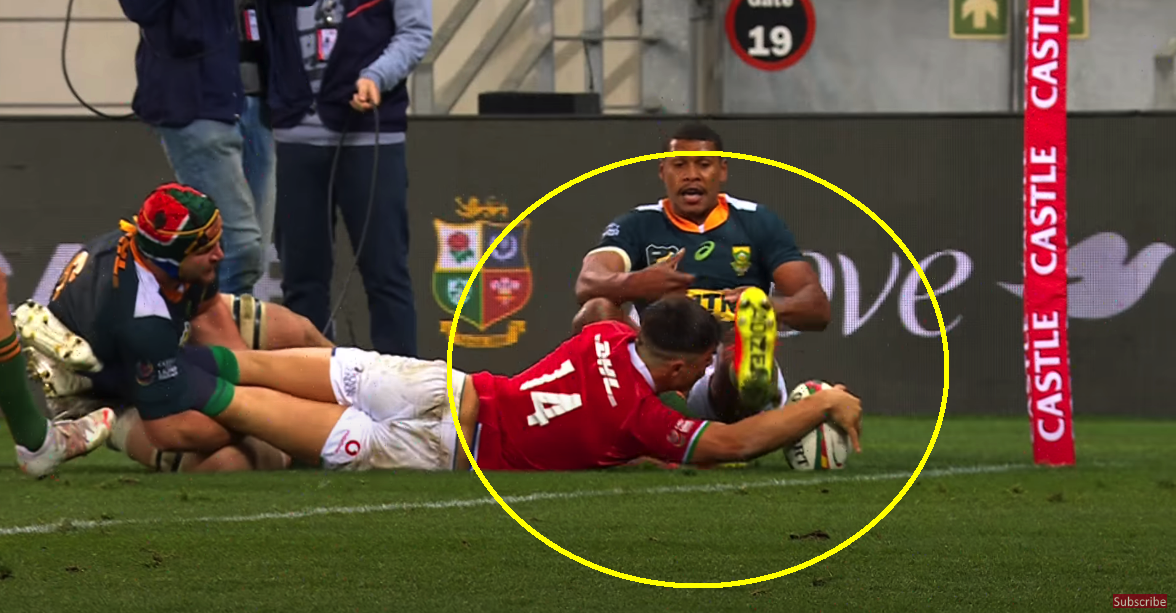 The Wales winger came within centimetres of scoring what would have been a try to put the Lions in the lead last week, but was denied. On World Rugby’s Whistle Watch, Owens explains why the reasons behind that decision:

“This is a very tough decision, really, but because Louis Rees-Zammit was tackled he was outstretched, grounded the ball short, which was fine because that was in the action of being tackled. He then tried to reach again for the try line and it looks like he was again just short. If he had touched the try line on that incident, it would have been a try because that was his second movement, which is allowed. But because he was short on the second movement, he then tried to reach again, and maybe just did touch the line, but it was the third movement and the officials quite rightly so disallowed the try, because it was classed a double movement.”

With South Africa A tiring in the latter stages of the match, this score probably would have been decisive, but ultimately the Lions came up short. The Lions will be seeking to avenge that loss this weekend, however, against the Springboks.