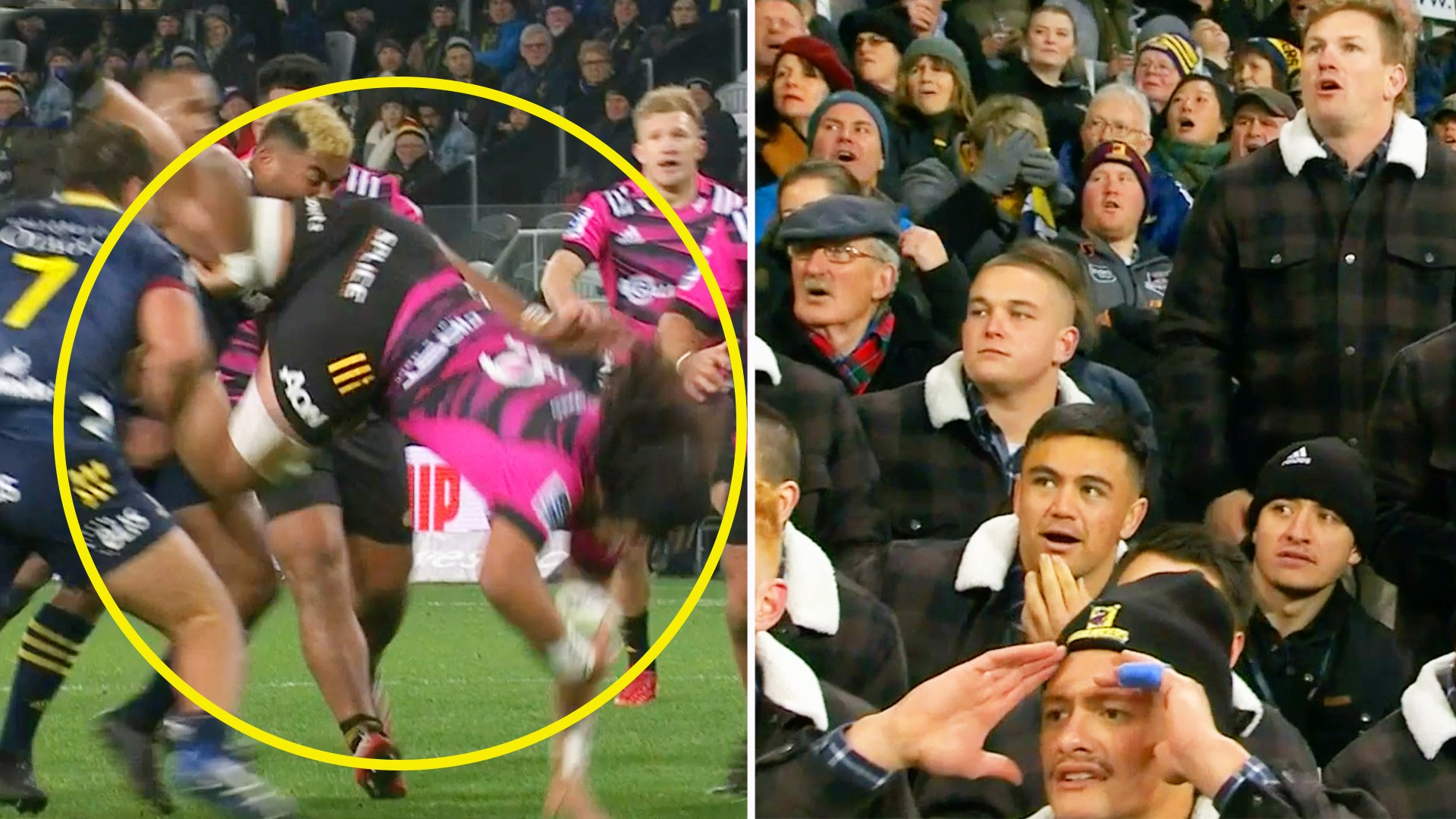 Super Rugby is BACK and it’s back with a bang with this shocking piece of foul play in the Dunedin opener tonight.

The Forsyth Bar Stadium has been packed tonight with fans returning to watch in their masses.

Super Rugby is back!! Follow all the action in our live match centre, or stream live in Asia, the Middle East and parts of Europe #SuperRugbyAotearoa https://t.co/OroGZbq7vx

With this incredible atmosphere, it feels like the Super Rugby of old.

Highlanders man Vilimoni Koroi has already been carded after this horror challenge in the opening forty minutes.

You can see the shock from the fans around the stadium as the Chiefs man is dumped into the Dunedin turf head first.

Was he lucky to escape a red for this one?!

Watch the sickening hit below

The Blues will open their Super Rugby Aotearoa campaign against the Hurricanes in front of a full house at Eden Park on Sunday.

The Auckland franchise announced on Saturday that all 41,000 tickets for the match, which doubles as the highly-anticipated Blues debut for All Blacks star Beauden Barrett against his former side, had been sold.

Tickets for the match went on sale following the announcement from the New Zealand Government that the nation would be moving into Alert Level 1 on Monday, allowing fans to attend live sporting events without restriction.

The allure of $20 adult tickets with accompanying children being admitted for free means the Blues will play in front of their biggest home crowd since May 2005, when 45,000 watched on as Tana Umaga played his 100th match for the Hurricanes at Eden Park.

By comparison, the All Blacks attracted 48,300 fans for their Bledisloe Cup clash with the Wallabies at Eden Park last year.

That offer of free admission for children alongside a paying adult ended on Thursday due to the sheer interest that promotion attracted.

Members from both camps have expressed their excitement at the growing crowd figures over the course of the week, with Barrett eager to take to the field for the first time since the All Blacks’ third-place play-off win over Wales at the World Cup last November.

It’s going to be one hell of a spectacle!
Rugby Onslaught
@kick_francis
Sharing