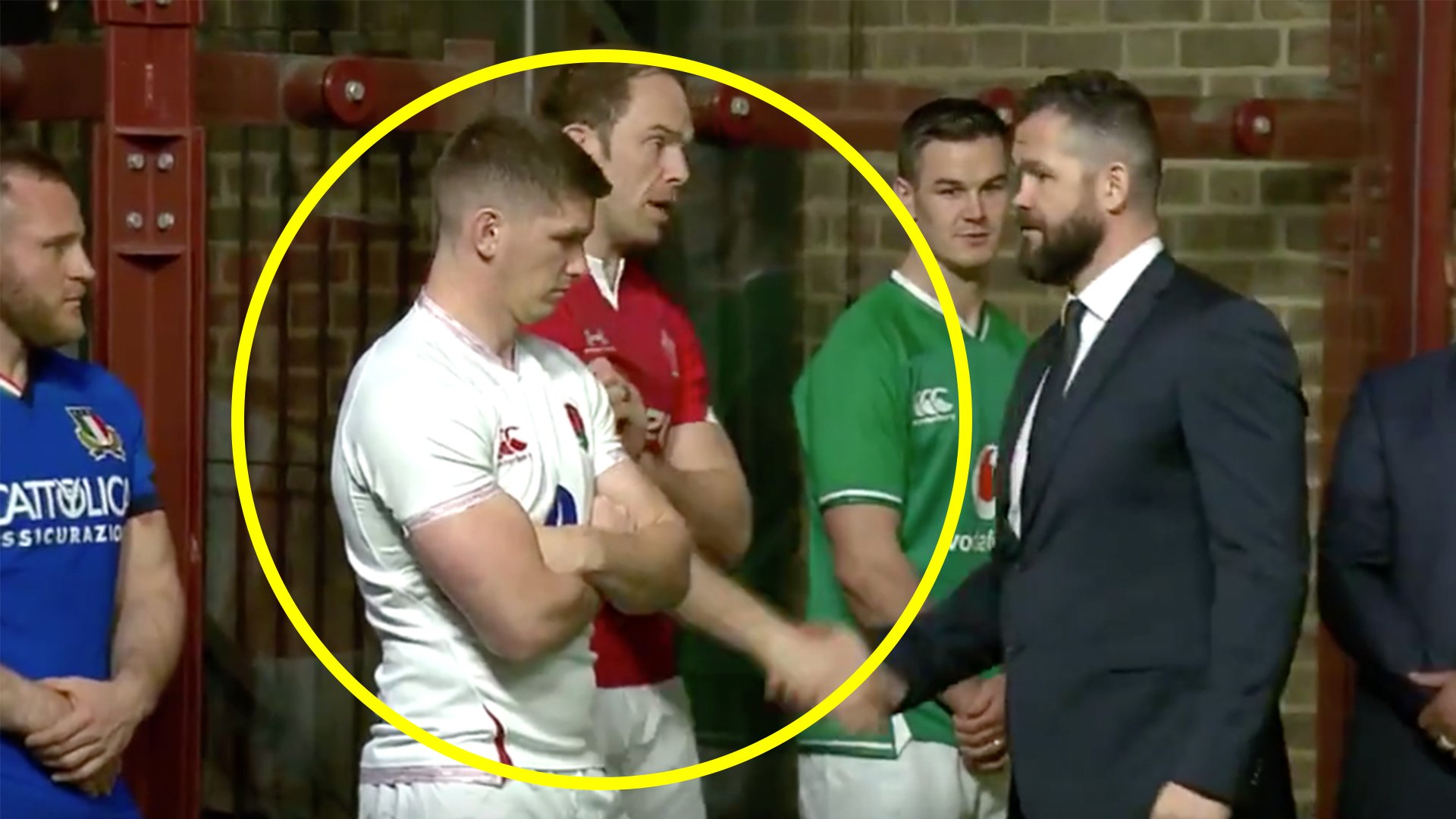 People online are confused about an interaction that was filmed between Owen Farrell and his dad at the Six Nations launch this week.

Owen Farrell has been at the epicentre of a media circus this week as questions enveloped him about Saracens’ relegation from the top tier of English rugby, and whether this will affect the national team. His dad being the head coach of an opposition Six Nations team must add another weird dynamic for the man from the North.

At the Six Nations launch his dad, Andy Farrell was filmed shaking the hands of all the captains, apart from Owen Farrell’s or Johnny Sexton’s hand.

It’s clear to see that both of the Farrell’s are insanely competitive sporting minds.

Could it be that now Andy Farrell is the head coach of Ireland there is a delay on their family ties? It was interesting to note the body language of the England captain, who had his arms folded in a defensive stance when his father approached him.

Now we’re no body language experts but this does make for a very off-exchange between the father and son. England will take on Ireland in the third round of the Six Nations in a match that will take place at Twickenham. England will be sure to go into that match as favourites with Ireland coming hot off a disappointing World Cup. England finished runners up in that tournament.

We could be wrong here and it could just be that Farrell and his son spoke earlier, so maybe they did not feel the need to interact with each other then.

It makes for what seems to be an awkward video.

Here is the full video of the awkward interaction!