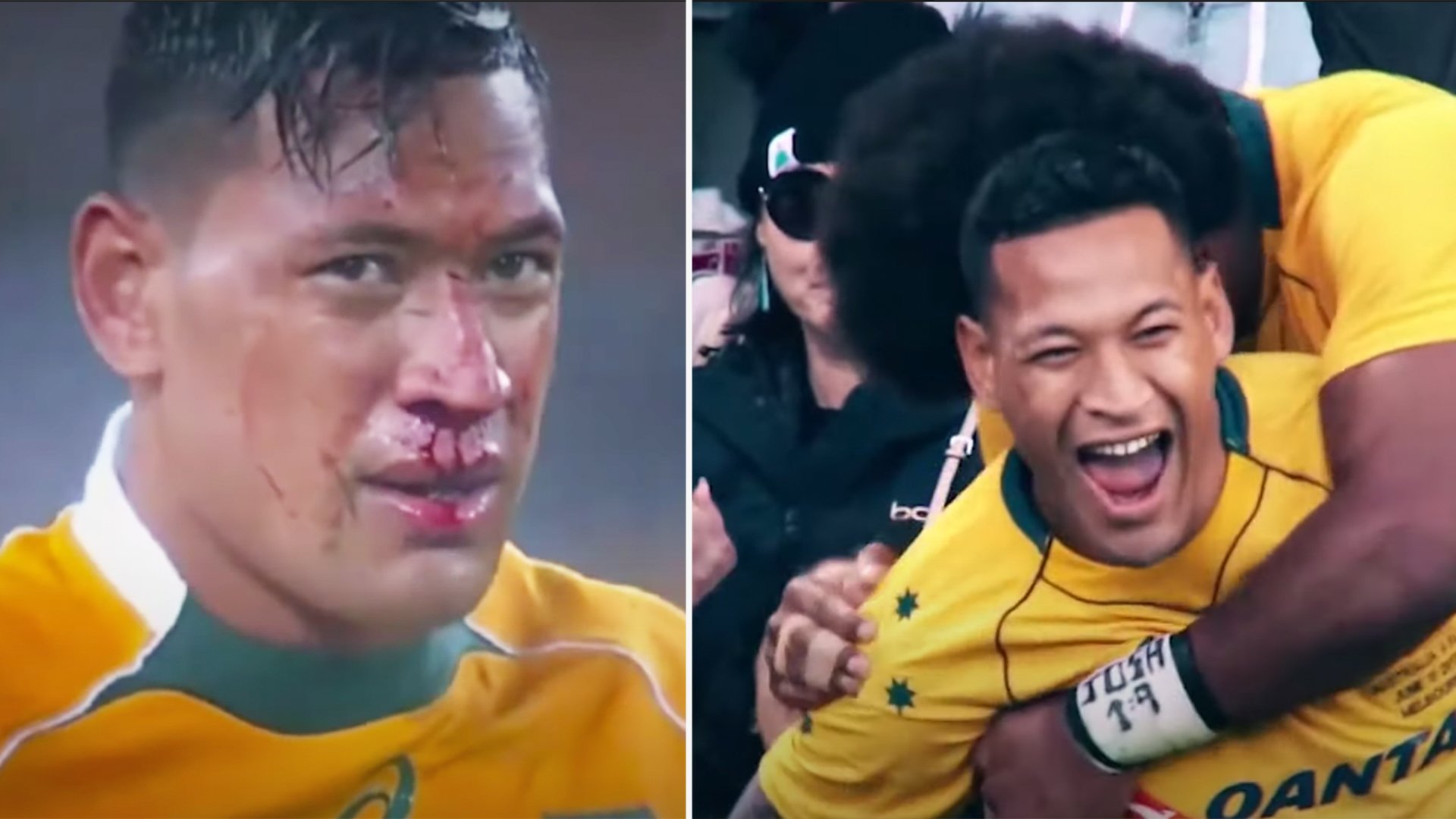 A new video that dropped this week on Israel Folau will serve as a depressing truth for many of the Australians that cast him out of there sport. This Israel Folau video should depress Aussies.

Folau was kicked out of Australia rugby for his homophobic tweets last year.

He had to ask his supporters for money to help his legal battle against Rugby Australia.

I have the fight of my life on my hands. If you can and choose to donate, thank you.https://t.co/Tk1gZaEphB pic.twitter.com/qBWGG9fGOQ

Folau has now left Rugby Union altogether and he now plays Rugby League for Catalan Dragons where he is playing very well for them now.

The video that we saw was released last week shows just how much Australia has missed him rugby-wise over the past 18 months.

The Australian was by far the best player in the Aussie team when he played.

If he played for Australia during the World Cup, could they have got further in the tournament?

Folau reached a settlement last December with Rugby Australia over his controversial sacking for writing anti-gay posts on social media. The ex-Wallabies star had been suing RA for $14m after having his contract terminated in May. A Christian, Folau argued that the termination of his contract was a case of religious discrimination.

Former RA boss Raelene Castle said at the time reports of an $8m settlement were inaccurate and that the figures were confidential. The Folau saga also caused an increase in corporate costs from legal fees and the hiring of PR firm Bastion Reputation Management.

The other reasons for the spike in player costs include payments for the first year of Wallabies captain Michael Hooper’s contract and a deal to bring half-back Nic White back to Australia in the middle of 2020 after his stint in England.

The financial figures as a whole reportedly showed an $8m loss in revenue because of the World Cup, as well as an increase of $5m in expenditure.