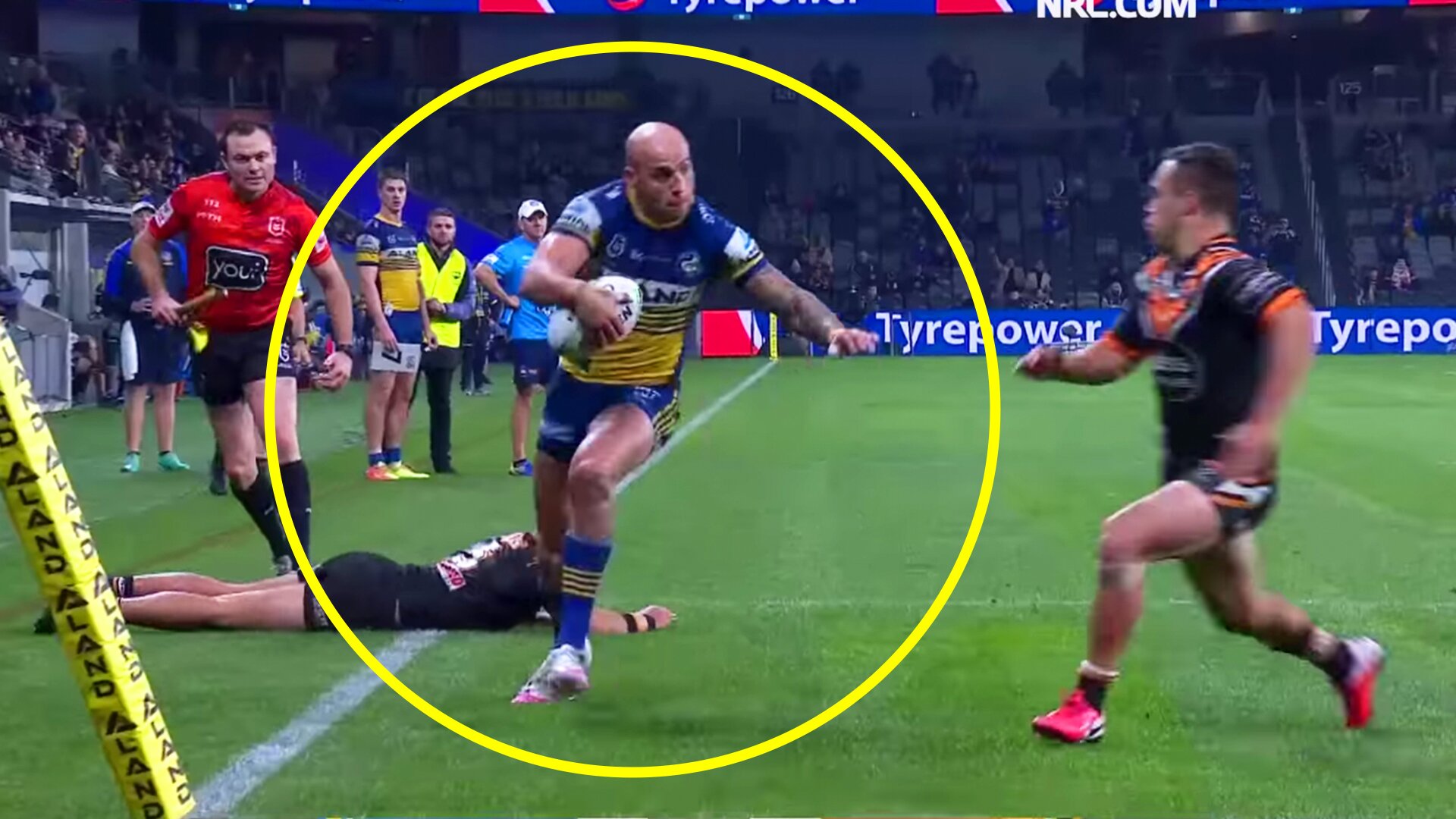 This has to surely be one of the most outrageous try attempts that we have EVER seen. People are refusing to believe a rugby player would try this when scoring a try.

In an NRL match this weekend, Eels star Blake Ferguson tried a simply outrageous move when scoring a try in the corner of the field.

The League star was almost in touch and he tried something simply outrageous to try and get the ball down.

If any of us tried to do what Blake Ferguson did last night:#NRLEelsTigers pic.twitter.com/irtX8hMySg

Used to really dislike Blake Ferguson. But damn he’s aged well. A great player and he seems to be a much better person. Good on him! #NRLEelsTigers

Blake Ferguson: what was that?

Blake Ferguson is quite good🙄 #NRLEelsTigers

Fans couldn’t believe that he had tried to score a try this way.

What Ferguson did was outrageous. He tried to score the try between his legs, in the air.

The reaction from the crowd is enough to tell you that this was a truly outrageous attempt and if it paid off players would indeed have been talking about it for months if not years.

The player Ferguson was unfortunately not awarded the try in the end, as the ball appeared to leave his hands just before it made contact with the ground.

However, the Internet has been sharing the clip all over the Internet as fans refuse to believe a player would actually try this when going for a try!