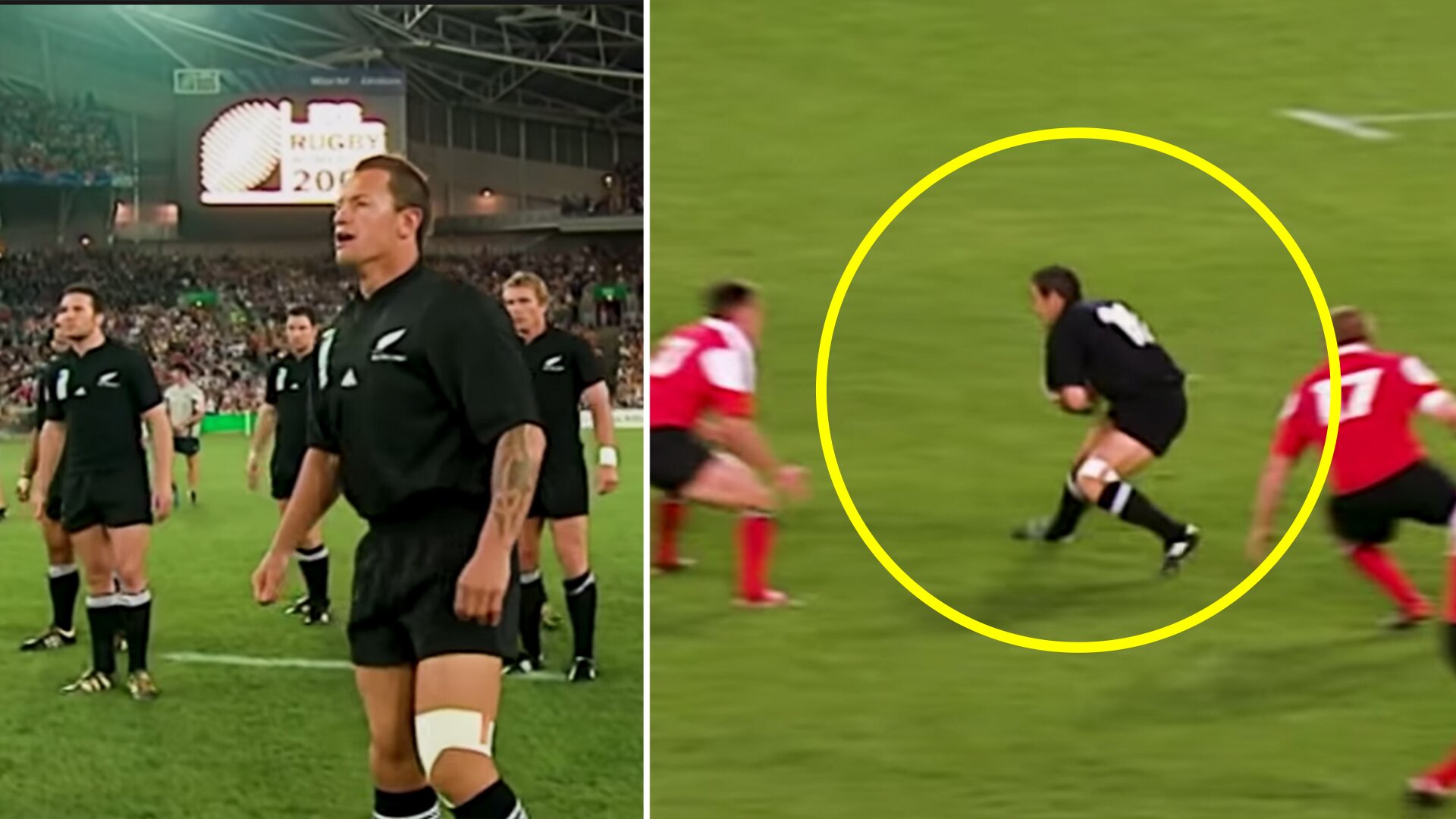 A new video has been released online showing just how good Carlos Spencer was in his prime for the All Blacks. The video was released by World Rugby today.

Carlos Spencer is known by many rugby fans around the World for his tricks on the ball and his maverick attitude off it. It earned him the reputation as the ‘Quade Cooper’ of rugby going into the 21st Century.

What many fans don’t realise is just how good he was at the basics on the ball, and his kicking!

The video shows some of ‘King Carlos’ at his very best, dominating teams from every angle at the tournament. Most of the clips are from the 2003 World Cup where he was at his very prime for the men in Black.

Spencer has spent the lockdown period entertaining the Internet with some outrageous trick shots. Normally people would say these shots are fake, but it’s Carlos Spencer we are talking about here!

We have no doubt that the rugby fans reading this think they have seen everything that there is to see about this rugby legend. But you would be surprised. I can almost wager that many of you will not have seen a lot of this footage that is on show.

Recently, we have decided to move away from showing old highlight in rugby, as we are sure everyone is sick of them by now. However, we felt the rugby public needed to see this to remind themselves of just how good this man was in his prime!

Just look at how good he is here!