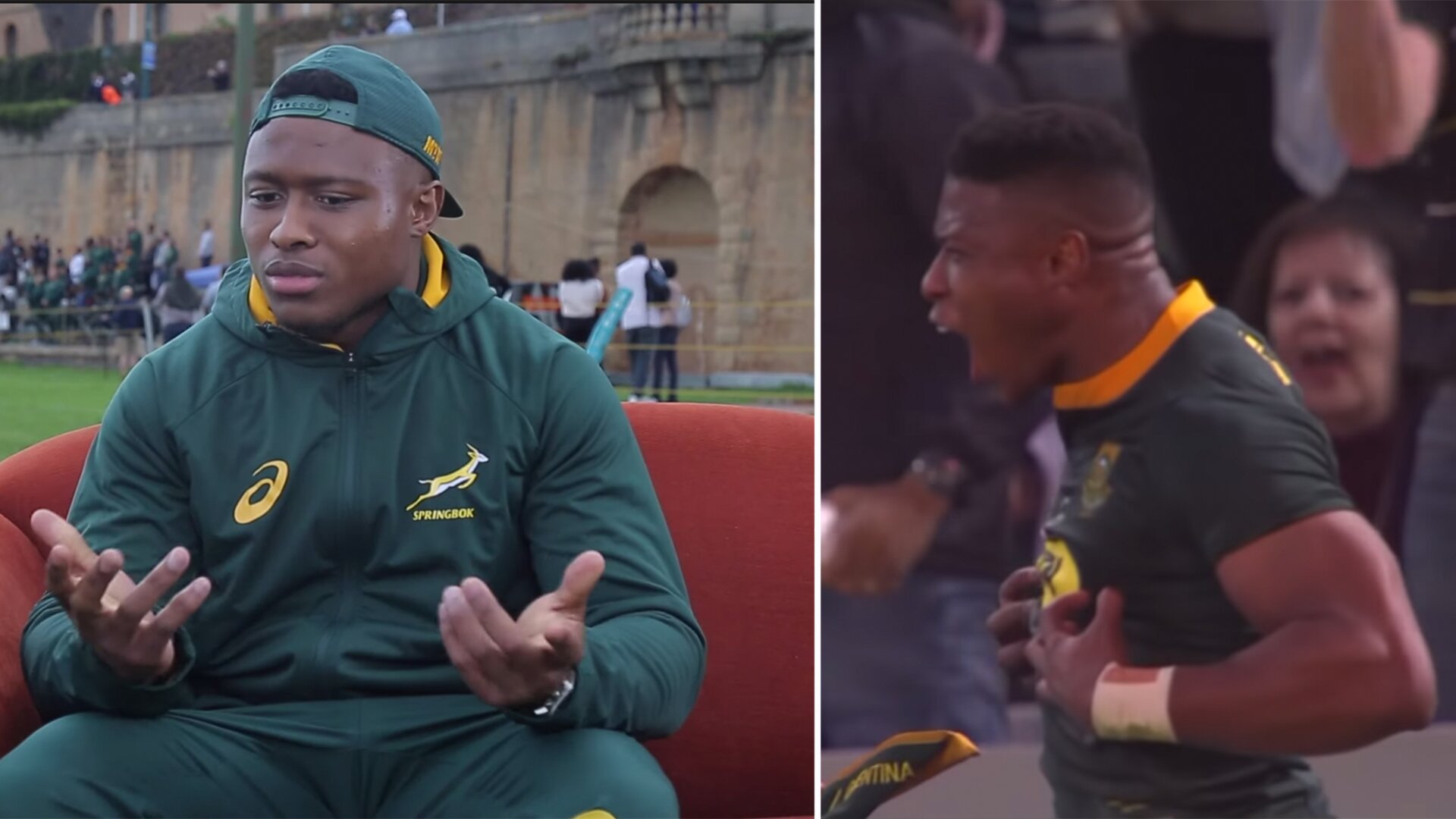 The rugby community seems to have forgotten about how good Springbok winger Aphiwe Dyantyi was before he was completely suspended from rugby for drug abuse.

Dyantyi has insisted he is innocent but his B-sample was also tested, which confirmed the presence of banned substances methandienone, methyltestosterone and LGD-4033.

Since his ban from the sport, South Africa have gone on to win the World Cup in Japan, with the likes of Cheslin Kolbe earning himself the name as one of the best wingers in the World.

If Dyantyi had not been suspended then it is very likely that Kolbe would not even have been selected for the World Cup in the first place.

It is not hard to see why the statement above would have been true.

Dyantyi in his prime was one of the most terrifying attacking rugby players on the planet, and it is no surprise as to why he is so revered in the sport.

A highlight reel that has been released recently shows exactly why the rugby star carried such excitement with his name.

If anything else, this video does reconfirm what a gifted athlete he was and why it was no surprise that he was named the 2018 World Rugby breakthrough player of the year having scored six tries in his debut (and only) Test season.

Dyantyi has remained upbeat throughout this period out of rugby and may well be resigned to what may be decided in the courts. However, he has had to wait an extraordinarily long time to find out his future.

Would the Springboks still have won the World Cup if he was playing?