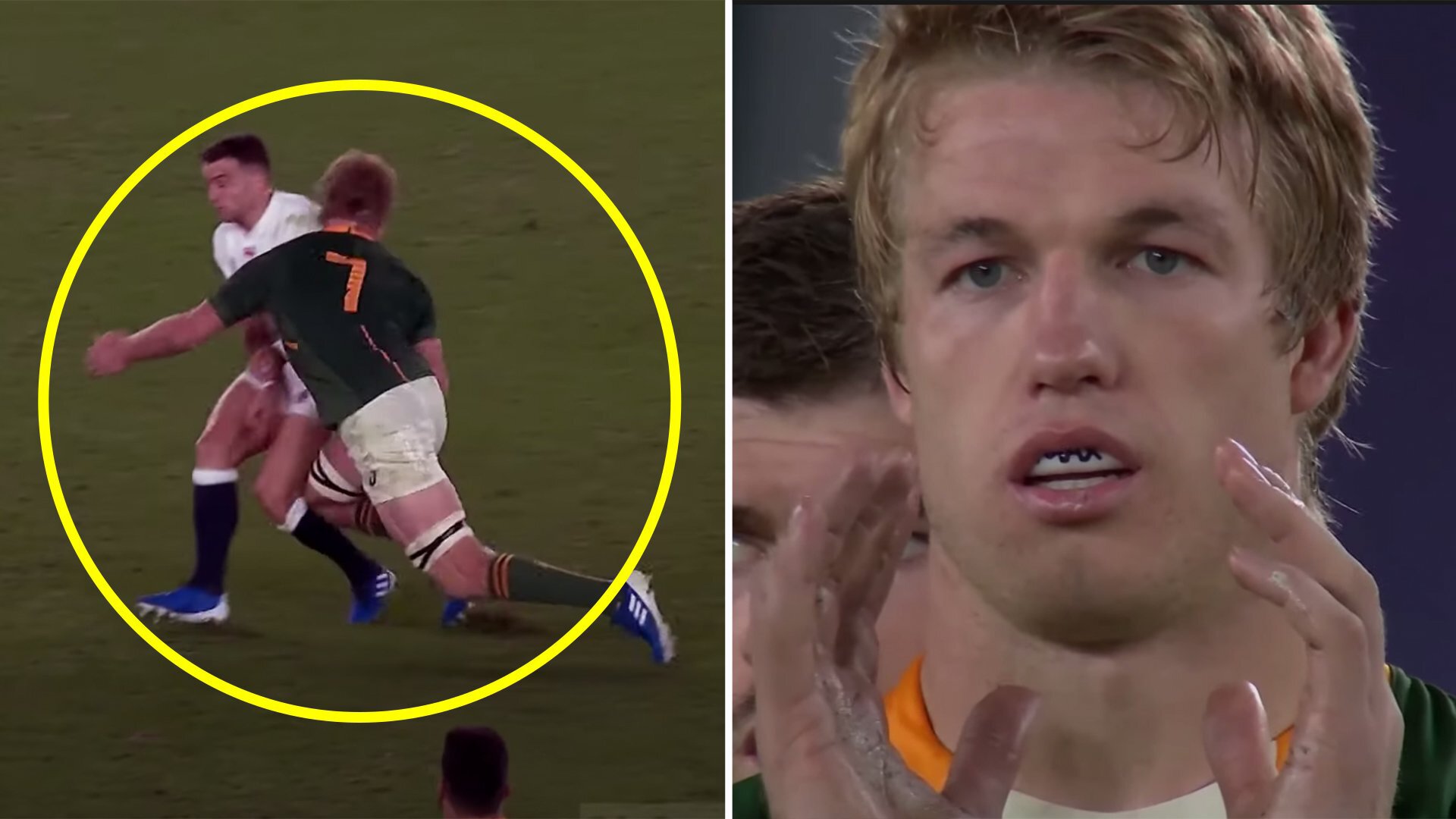 World Cup winner and World player of the year Pieter Steph du Toit has revealed exactly the moment when he knew that his final team had effectively already beaten England.

The South African back-rower was speaking to the media yesterday as part of the promotion for their new “Chasing the Sun” documentary which looks in detail at South Africa and their World Cup winning run.

The documentary, which is a 5-part series will look directly at how the Springboks got mentally prepared to take on the tournament and how they came back against the odds to win the Webb Ellis trophy.

The groundbreaking series will begin this weekend on Sunday at 6pm…

As part of the promotion for the series, Pieter Steph du Toit spoke to the media, reliving moments about the final match against England which they came into as massive underdogs.

“For me, when I realised that we’ve got them, they were behind their own tryline and started running from there, and threw a 20 or 30-metre pass… I thought ‘Listen, are you guys crazy! This is a World Cup final, and you don’t play like this’,” the Bok flank said.

“The other one was when (Billy) Vunipola picked up at the back of the scrum and ran into Damian de Allende and Handre Pollard, and he just threw the ball away and no one caught the ball. It just showed that we were quite physical in that game, and that they were quite afraid of us. That’s what the plan was at the end of the day.”

We tried to find the moment in the match where this happened and we think that we have managed to find it!

Why would they try and run from their own half so early in the game?