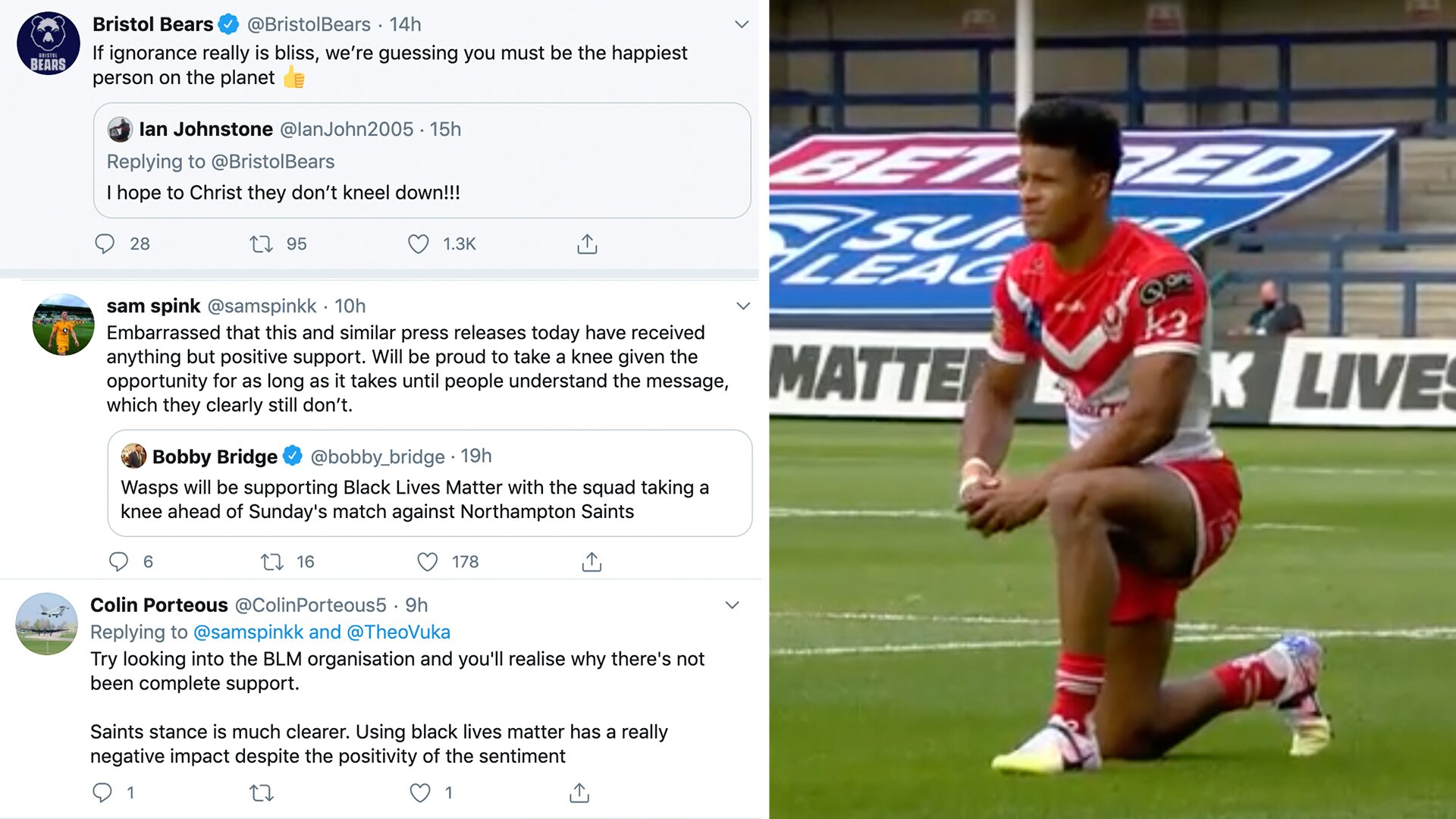 As we head into the returning weekend of club rugby in the UK, tensions have yet again risen between fans and clubs over the BLM movement. Rugby fans seem to be lashing out and players and clubs alike are responding.

It was announced this week what measures the different Premiership Rugby clubs would be taking to support Rugby against Racism this weekend.

All clubs seemed to have similar approaches, yet there were some interesting differences in how each club approached the weekend. As rugby clubs published their approaches to the weekend on social media, some rugby fans decided instead to make their feelings known with their clubs.

A warning, this is about to become a very toxic article.

You have been warned.

One rugby fans commented that he hopes that the rugby players do not kneel for BLM in the rugby this weekend. Some people have harboured the notion the Black Lives Matter is not a good thing, and that the organisation itself is not clear on many of its goals.

I hope to Christ they don’t kneel down!!!

Bristol Bears quickly responded to this on social media with a message of their own.

The message has already garnered over 100 retweets on social media as over 1000 likes.

If ignorance really is bliss, we’re guessing you must be the happiest person on the planet 👍 https://t.co/uUPjOTcdgF

This response was supported by big swathes of the playing rugby community who were eager to denounce this detractor online. Wasps player Sam Spink spoke about his embarrassment at any rugby fan who would not completely support the measures taken by rugby clubs this weekend.

Embarrassed that this and similar press releases today have received anything but positive support. Will be proud to take a knee given the opportunity for as long as it takes until people understand the message, which they clearly still don’t. https://t.co/tjfzVd4Fbp

Other players expressed confusion at the latest measures.

Who decided we’re standing in a ‘V’?

We would have assumed that rugby clubs would have contacted the players about their moves prior to it happening. So this is an odd move if this is the truth.

“I am a little surprised that Premiership Rugby went this way because I actually feel by just dropping it on clubs and saying ‘there you go, do what you like’ is a little bit like potentially hanging some players out to dry,” @ExeterChiefs Rob Baxter told BBC Sport on BLM

Some fans have not been happy at all with the new measure.

I am so disappointed in any Rugby team taking the knee as I thought they were real men! https://t.co/zQilqEECaF