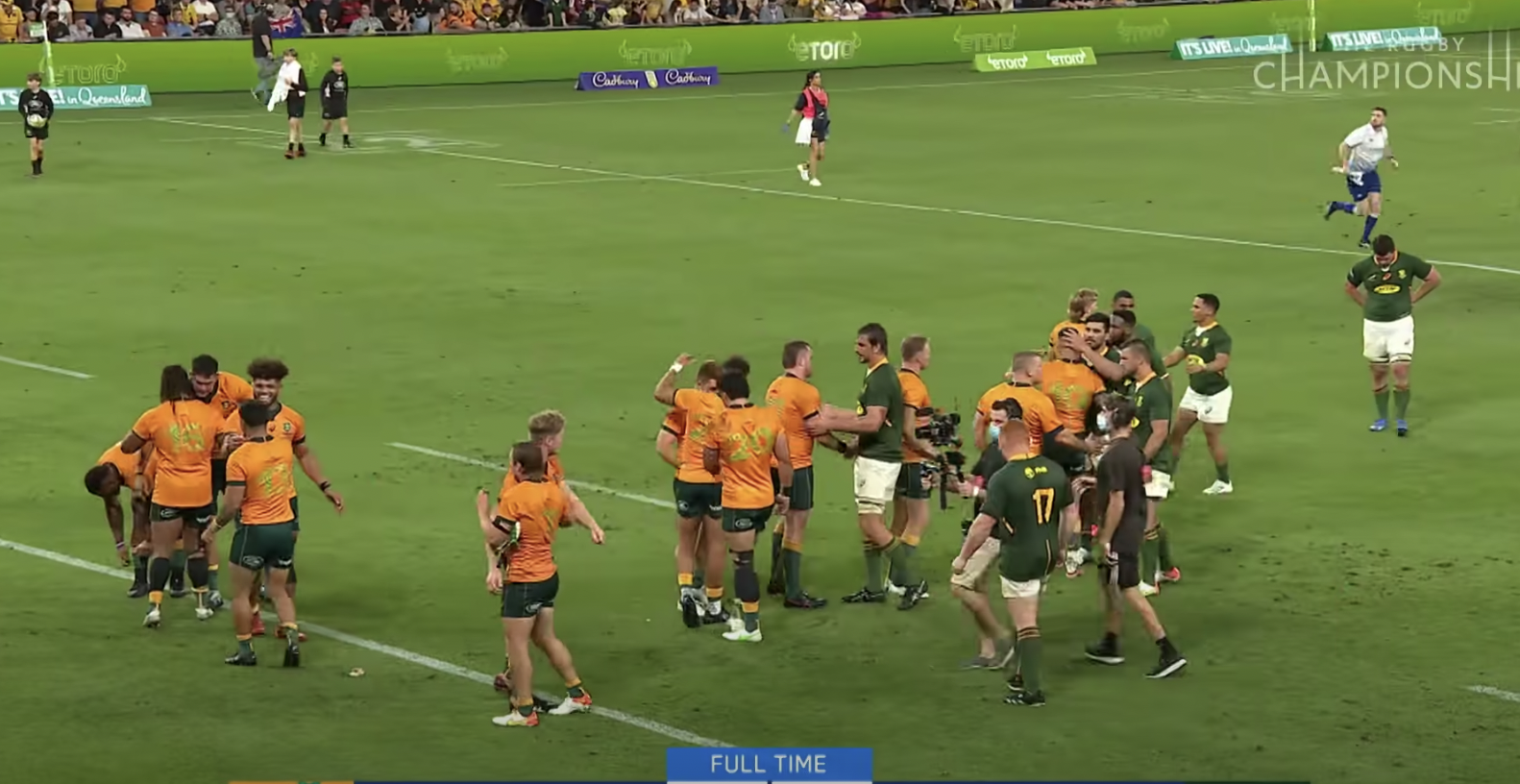 South Africa fly-half Handre Pollard has adamantly insisted that there is not an attitude problem within the Springboks squad after their 30-17 loss to Australia in Brisbane on Saturday.

Jacques Nienaber’s side lost their number one world ranking with the loss, and the World Cup winning No10 was asked about the side after the match, following a performance in which their usually solid defence looked ropey. The Springboks missed 19 of their attempted 69 tackles, at a 72 per cent success rate, which is a far cry from the standards they have set over the past two years or even compared to Australia’s 94 per cent, after they made 95 of 101 attempted tackles.

The Springboks were on a high going into the Rugby Championship having secured a series win over the British & Irish Lions. Spirits were still high after two victories in the opening two rounds of the Championship against Argentina, but two losses in a row to the Wallabies have raised plenty of questions about the state of the Boks.

Pollard was asked about the side’s attitude after the game, and while he was quick to say that there was not an attitude problem, he was in no way sugar coating the situation they find themselves in, and was brutally honest about their performances.

“No, definitely not an attitude problem,” the 27-year-old said.

“The guys pitched up today, if everyone misses one tackle, it’s 23 missed tackles. It happens. It’s not good enough, it’s not our standard, but there’s no attitude problem.”

The Springboks’ slump has come at the worst time, as they now face back to back matches against the newly crowned number one side in the world, the All Blacks. The Boks are already ten points behind their opponents in the Rugby Championship, meaning they will need to win both matches with a bonus point, and deprive the All Blacks of any bonus points, in order to win the Championship.