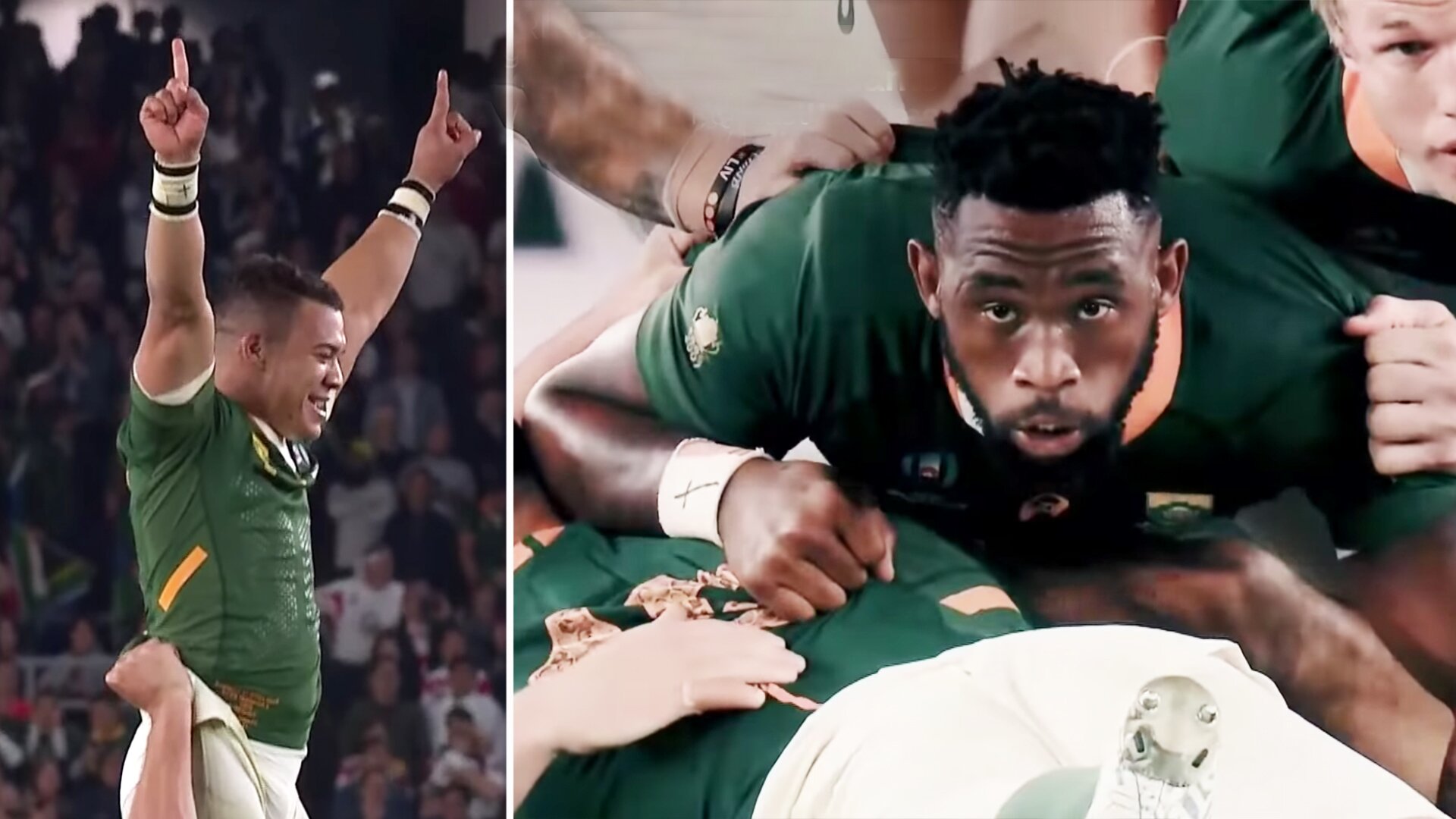 World Rugby have just released this powerful new video that showcases the extraordinary journey of redemption that the Springboks went through to win the Rugby World Cup.

It shows the team’s extraordinary revival under Rassie Erasmus – going back to when they lost the 2015 semi-final against the All Blacks in the 2015 Webb Ellis Cup.

This is powerful stuff!

The new video from World Rugby documents the Springboks whole journey through the 2019 tournament in Japan. It starts off with their opening round defeat to New Zealand and references podcasts conversations and interviews with different members of South Africa’s coaching staff.

Watching this video back it really shows how well they did to bounce back after that opening loss to the All Blacks.

If you’re itching to get your fix of rugby before the big return – this is the video to watch!

Since Super Rugby Aotearoa kicked off last month, Caleb Clarke on the Blues’ left wing has received plenty of plaudits for his impressive performances – especially in the Blues’ narrow win over the Highlanders two weeks ago.

Mark Telea, who was a permanent fixture on the same wing prior to the Super Rugby suspension in March but shifted to the right-hand side of the park to accommodate for Clarke post-lockdown has sent a healthy reminder to the wider New Zealand public that opposition teams have to key their eyes peeled for both Blues wingers.

In tonight’s top-of-the-table clash, the Blues dominated possession and territory in the opening minutes and found themselves camped inside the Crusaders’ 22 early in the first quarter.

A heads-up play saw new halfback Finlay Christie spin the ball wide to Otere Black, who floated a beautiful skip pass out to the right wing where Telea was eagerly waiting.

With the cover defence rushing to greet Telea, the cool-as-ice speedster dove for the corner and pumped the ball onto the turf with one hand, avoiding the attention of Crusaders fullback David Havili.