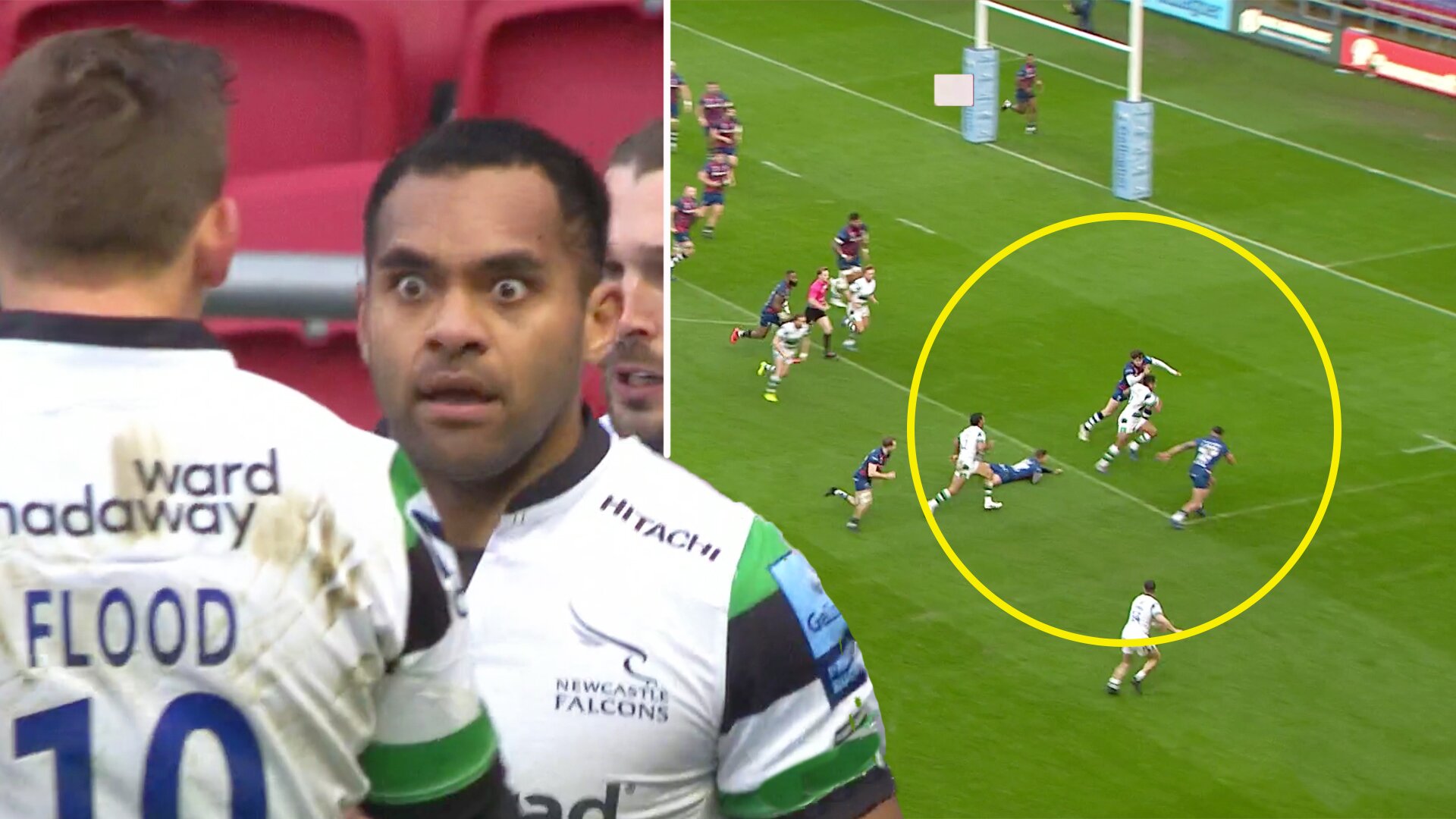 George Wacokecoke might not be a name that you’ve heard before. You certainly will have heard it after his performance today in the Gallagher Premiership.

The 25-year-old English centre has played a starring role in Newcastle Falcons stunning start to this season and made his full Premiership debut today against Bristol.

It’s not often you see a player make such an impact on his first league start.

Bristol took less than a minute to open their try-scoring account in the new year with a try after just 49 seconds.

We see as Wales star, Callum Sheedy, intercepts a pass in open play before speeding away and almost going the distance himself before popping it onto Siva Naulago to score under the posts.

Watch Bristol’s opening score in the video below.

It took just 4️⃣3️⃣ seconds for the Bristol Bears to score the first try of the afternoon! 🔥😳 pic.twitter.com/5W8wGOX0no

Wacokecoke was on the scoresheet a few minutes later after scoring from far out for the Falcons.

As commentator, David Flatman explains, he had absolutely no right to score from here.

Watch Wacokecoke score on his debut below.

Bristol went into the first half with a 14-7 lead with another score from England back-rower Nathan Hughes.

The 25-year-old has been dominating in recent seasons with Newcastle as you can see in his highlights montage below.

Newcastle hit back later in the second half with a try of their own to bring the scores to 21-17 with 53 minutes of the match played at Ashton Gate.