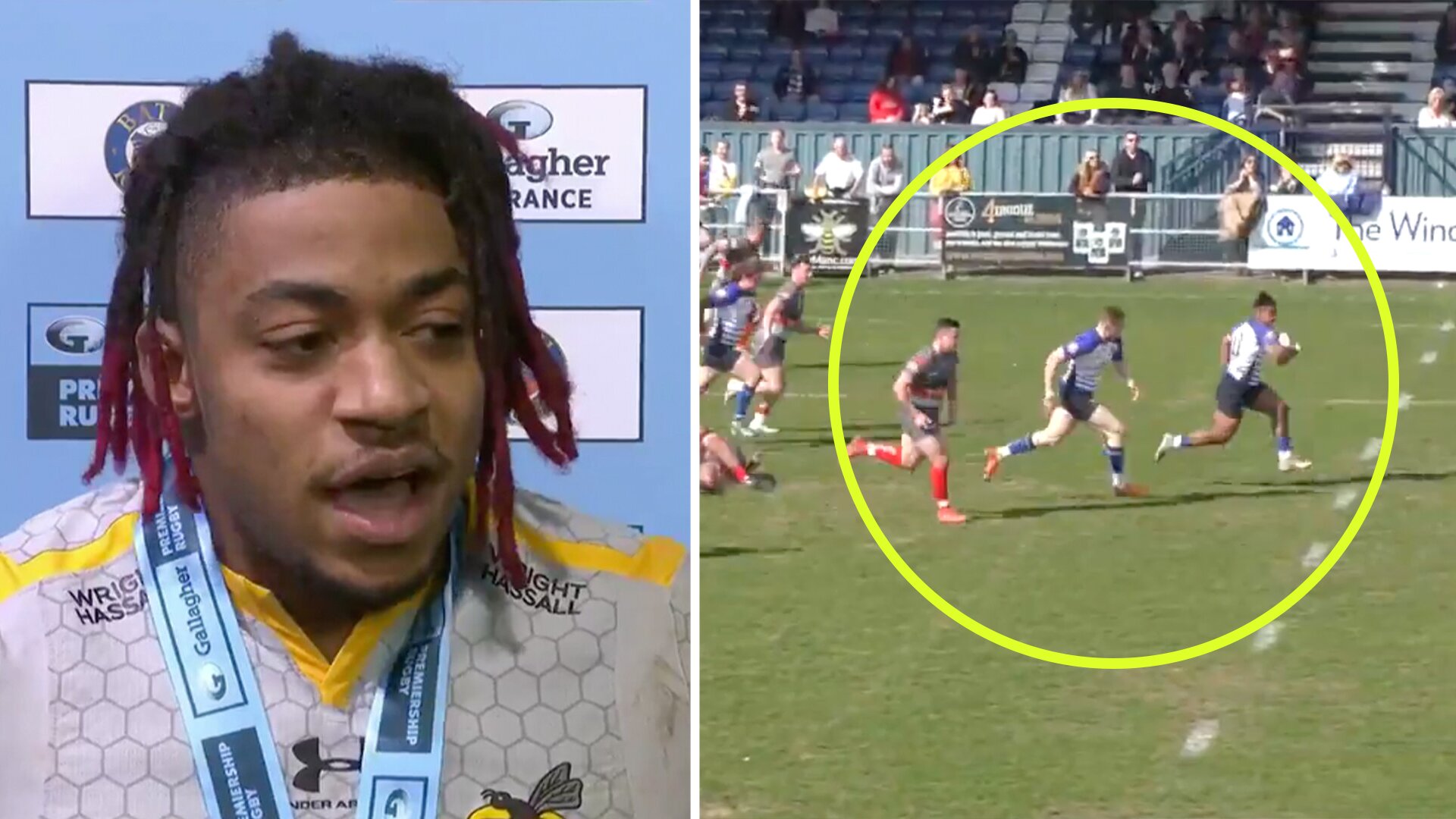 Footage of new England rugby star Paolo Odogwu is going viral on social media, showing all the reasons why the Scotland rugby team should be praying he doesn’t start against them in the Six Nations.

Paolo Odogwu is all the talk in England rugby at the moment with his inclusion in the England squad for the Six Nations which will begin this weekend.

Many rumours suggest that he could be in the starting side for England in the upcoming game which will be against Scotland this weekend on Saturday at 4pm.

Australian coach Eddie Jones has been highlighting just how good the young star will be for the men in white.

“We’re always looking for players who have the potential to be world class.”

His stock has risen massively in recent years with his talks about celebrations and how he feels rugby players should perform in the sport.

Footage has randomly emerged online showing the 23-year-old in action for a semi-pro club just a couple of years ago.

The video reveals that ridiculous turn of pace that the young Wasps star has at his disposal.

Scotland rugby fans should surely be worried if England have players like this potentially on the bench for them?

Scotland is blessed with one of the strongest backlines in the tournament, with the likes of Cam Redpath, Finn Russell and Stuart Hogg all likely to feature.

This clip has suddenly gained 8,000 views in a day, surprising after it only had a couple of hundred views for the past two years.

It just shows how much excitement is circulating around this player.