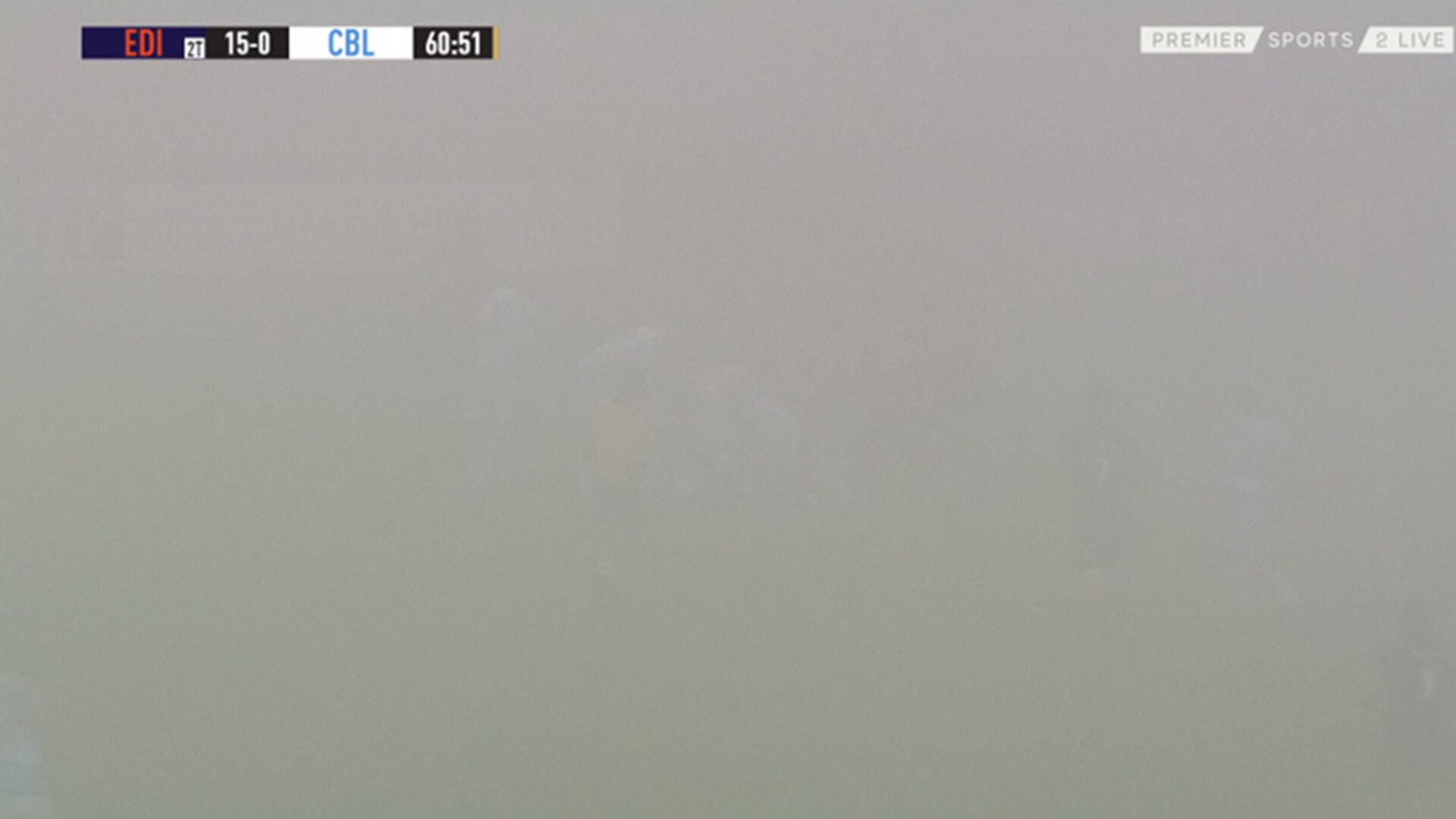 Fans have been quick to speak about just how difficult it was to watch a PRO 14 match between Edinburgh and Cardiff Blues after fog descended onto the pitch in a massive way tonight.

Many commented on how they were not able to watch any of the rugby because of a thick blanket of fog which had descended upon the pitch in the first half of the match.

Edinburgh took on Cardiff Blues at Murrayfield in a game which was dominated by the forwards. Visibility was poor and it was so bad that it affected the way that fans were able to view the game.

Edinburgh went on to dominate the match with their powerful forwards, however, it was the fog that made all the headlines in this match.

Fans were quick to speak about how bad the fog was on social media.

Its nights like this that HD was made for #EDIvCBL pic.twitter.com/opBFIGa83u

I think we could smuggle a few extra players on without anyone noticing in this fog! #Edinburgh #EDIvCBL #rugby pic.twitter.com/hQRuY2QY1j

In the PRO 14 game, the fog was quick to lift in the second half which helped the team to play a far more expansive game of rugby.

Fans were quickly relieved as the fog was lifted and rugby could properly be viewed by fans.

Edinburgh were quick to turn the screw on their opposition as the game went on.

Atalifo marking his debut for Edinburgh Rugby in style ✅